SUBARU OF EL CAJON GOES HOLLYWOOD – WITH A LOT OF HEART

At Subaru of El Cajon, we have a mission we call “The Subaru Love Promise.” What that means is that we acknowledge that a diverse team with varying ideas can create some of the best outcomes because a team that has inclusion at its heart usually makes things happen, rather than waits for something to happen. That is how “Sharing the Love: The Musical” came to be.

It all began on a couch… Not long ago, my husband and I were sitting on the couch talking about theater (he’s in the business) and he said, “Why don’t you make a musical during the pandemic?” He was joking, of course, but I woke up the next morning and thought to myself, “Why not?” How I was going to do this was a bit beyond me at that moment, but I took an action the next day by making a call to Matt Morrow at the Diversionary Theatre to see how I could get this project done.

Matt referred me to our director, Stephen Brotebeck (MFA Assistant Professor at SDSU) and somehow, I sold him on the idea that a car retailer, and me, had what it takes to make a mini Hollywood-style musical. I do have film directing and producing experience but getting an entire team together on not much of a budget during a pandemic was daunting. 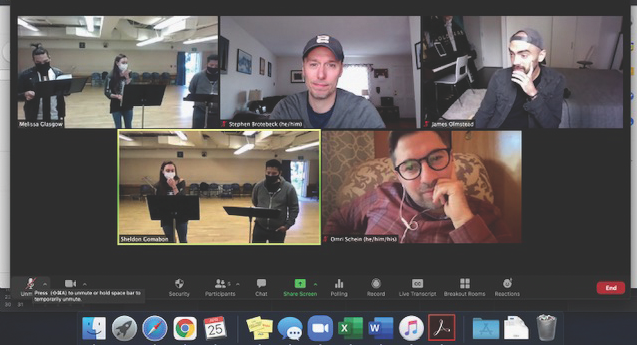 Since “Sharing the Love” comes out in July, you can assume we got the job done and, boy, was it a job. We had to do everything long distance, over Zoom, and with a lot of hope and prayers. We had only a $20,000 budget, four days to film, with one more day for re-shoots, seven locations, a cast and crew of 30, musicians that all live in New York and a good portion of the movie had to be shot in a moving car…. 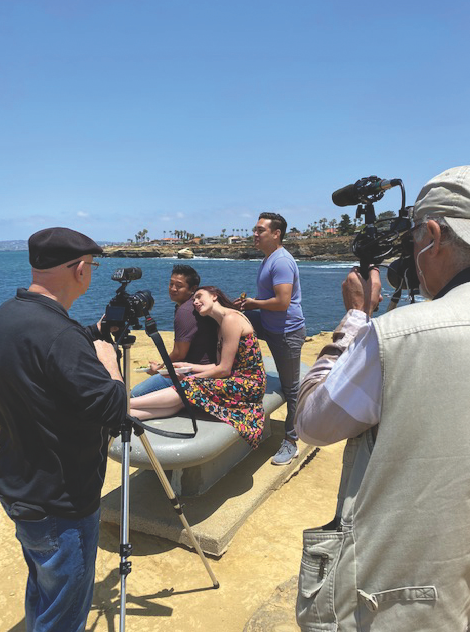 I tell you this because the “Sharing the Love” team did a job that very few people could do and we came up with a production that, admittedly, has some flaws, but is so far past any expectations, we think it can hold its own. I have to point out that Cox Cable loves the idea so much, they became our media partners and will air “Sharing the Love” several times in July. Additionally, they are producing a 15-minute behind-the-scenes package that will air immediately after “Sharing the Love” during July.

As I write this, I find myself in a dream-state because we actually did it. We made a movie musical, just like the old Mickey Rooney days of “My daddy has a barn, let’s make a movie” and during the pandemic.

Against all odds, the movie gods smiled on us and in just a few weeks, “Sharing the Love” will be on Cox Cable for all to see. The process was, as any creator of good content can tell you, much harder than it looks. Our dance team worked dozens of hours, our actors spent weeks learning lines, the music, and the dancing, and for our three main cast [members], Sheldon Gomabon, Melissa Glasgow, and Julio Catano-Yee, they had to do all that and sing in a moving car… It’s not as easy as they made it look.

Several people have asked me, “Why would you do this?” and that is a fair question. Part of it is who I am — I want to help and see others live the life they want and have fun doing it. More than that, though — it’s just been a helluva year and so many people in the arts literally couldn’t do what they love. Subaru’s Love Promise is deeply rooted, but for me it comes down to this: How can we help the most people for the longest period of time so they can live the best life possible. “Sharing the Love: The Musical” was one way to put people back to work doing what they love and to have some fun, too. It’s about time, right?

Corporate Pride: Support Businesses That Support and Advocate for Us