By Cesar A Reyes

Kataluna Enriquez made history as the first Transgender contestant in Miss USA. Enriquez won the opportunity and the title of Miss Nevada and was disappointed to have been let loose before the final 16 contestants were announced. But even without being able to showcase in the final pageant, she has made tremendous waves representing not only the Filipino community but also for the LGBTQ+ community by being an example to never limit your dreams.

We will have the honor of her visit to San Diego during the first weekend of February to take part in the Imperial Court’s Coronation weekend. The oldest LGBTQ organization in San Diego is celebrating its 50th reign and is expected to be a grand event with lots of out-of-town visitors. The weekend will kick off with a State Tribute Dinner in honor of Nicole Murray Ramirez’s 50 years of LGBTQ/Latino activism and Enriquez will be a special guest providing entertainment during the dinner.

We had the opportunity to ask Enriquez about her historical Miss Nevada title win and her visit to San Diego.

You are a fashion designer and specialize in pageant gowns. Can you give our readers a little bit more of your story? Where did you grow up and what dreams did you have as a child?

The first pageant I’ve ever done is Queen of the Universe, which was a pageant ran by Mother Karina Samala of the Imperial Court. I wore a clearance dress and was nothing comparable to all the girls who was competing. I didn’t place that night but a friend of mine told me a few days after that I was actually a few points away from making the top 10 cut. Knowing that I was very close to making part of the cut changed my mind from thinking that this was not part of my journey, to a full-time life changing course. I had a hard time finding a dress that fit my budget and my body type which then forced me to start creating my own. To this day, I have never worn any gown in any of the competitions I’ve ever done. My next goal is to create a collection where I can showcase my business and talent to the rest of the world.

I was born in Angeles City (Pampanga, Philippines) but grew up in the Bay Area. As a child I dreamed of being an engineer or architect. Unfortunately, I was not the best in math, but I’ve always had a creative eye. 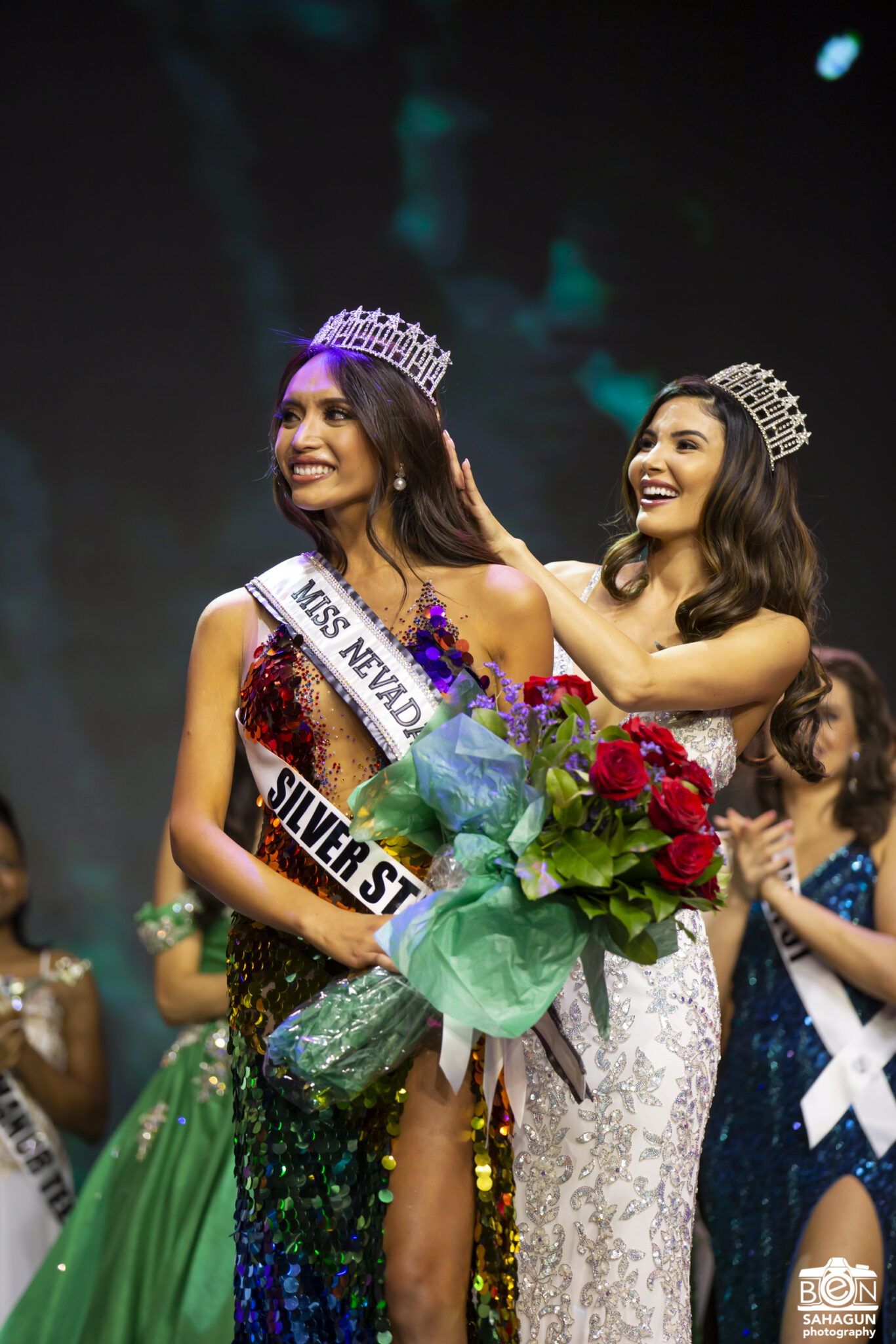 When did you decide you wanted to compete for Miss Nevada?

After competing in all the biggest international pageants, a friend of mine and one of my pageant moms, Cece, the Director of Slay Models, pushed me to compete in the Miss USA system. He said that If anyone would ever compete in the Miss USA/ Miss Universe System that it would be me. I then trained and competed in my first Miss USA state competition but unfortunately had issues with the director. I was outcasted and treated differently during the application process (where I was asked to prove my surgeries/gender), and during the competition. (Where I was not given a roommate compared to everyone else.)

Being a Filipino Trans woman, you represent so many underrepresented communities. How do you feel about having that spotlight?

One thing that people often don’t realize or think about are the layers that defines who I am. Often times the narrative of who I am is simply just a trans competitor. People forget that I lived a life being ashamed to bring “baon” to school. Being told to go back where I belong or to only speak English. Being a survivor of physical and sexual abuse, is a reality for many Trans women, but somehow never talked about. Being Trans itself holds another layer of a different reality in life, such as being denied the use of a specific restroom, being over-sexualized and objectified. I am so vocal and upfront about the many layers of me that is underrepresented yet so important and I think that is why people gravitate to my story and who I am as a being. For me, it’s not about the spotlight but about hopefully creating an important and positive change for communities who have struggled and felt not a part of society.

After heading to Miss USA and not placing (which we thing was a sad decision on the organizer’s part), what projects are you working on?

I will still continue my work within LGBTQ+ youth and mental health. My goal is to expand my campaign #bevisible and create a narrative and conversation where we can talk about issues that are not often talked about such as growing up in America, not feeling Asian or American enough or traditional family trauma in brown communities. I’d also like to expand and venture my work into media like film, hosting, public speaking, fashion and maybe reality T.V. 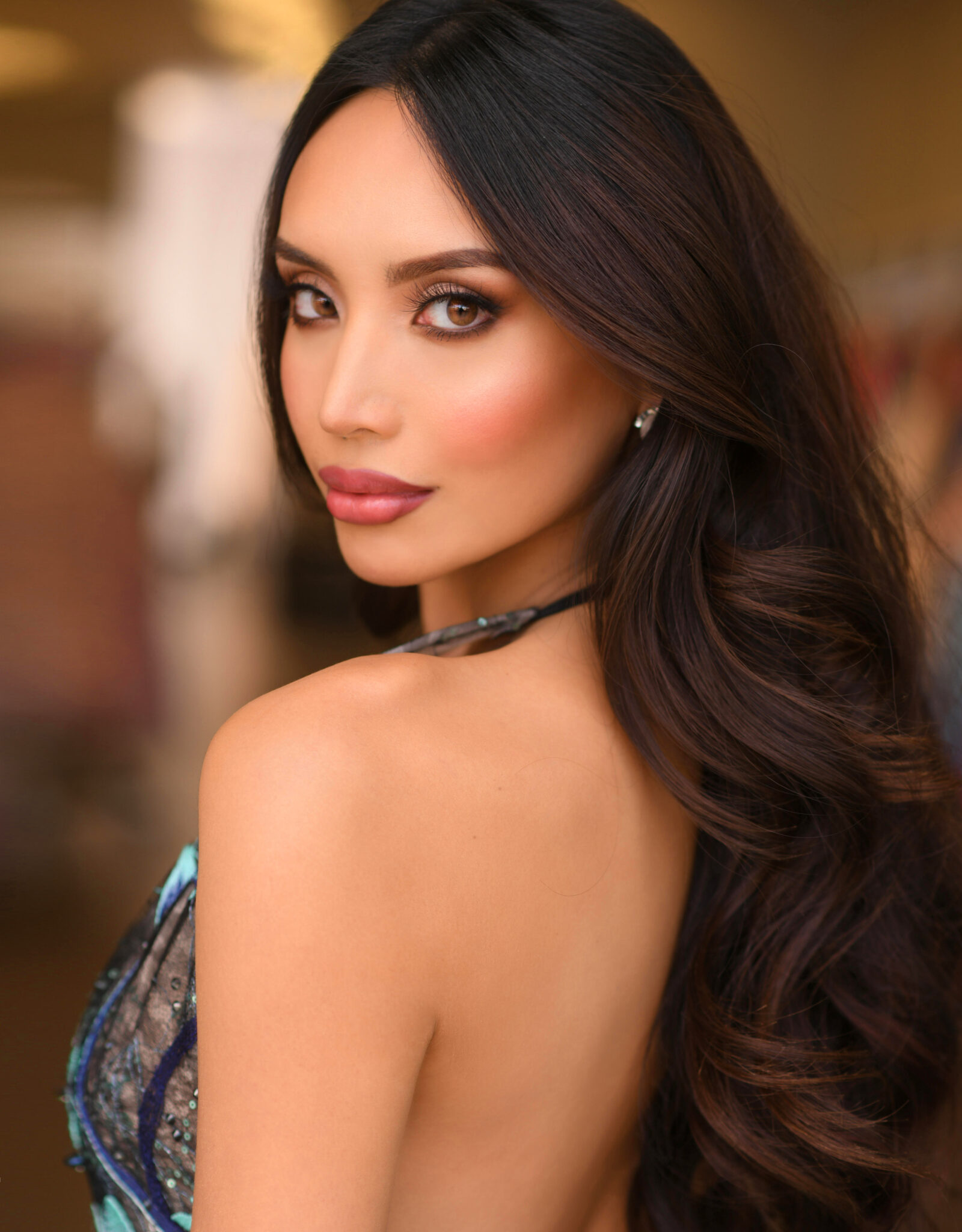 You will be visiting San Diego soon. Is this your first time in our city?

No, I have gone a couple times. The last time I visited was for Taste of the Philippines Festival where I hosted a segment of the event. However, there’s still so much to explore and I’d like to connect and support small /family owned or any LGBT/Asian/Pacific Islander Businesses.

What are you looking forward to during your visit?

Besides connecting with the people and communities of San Diego, I’d love to try as much unique food and experience that San Diego can offer. 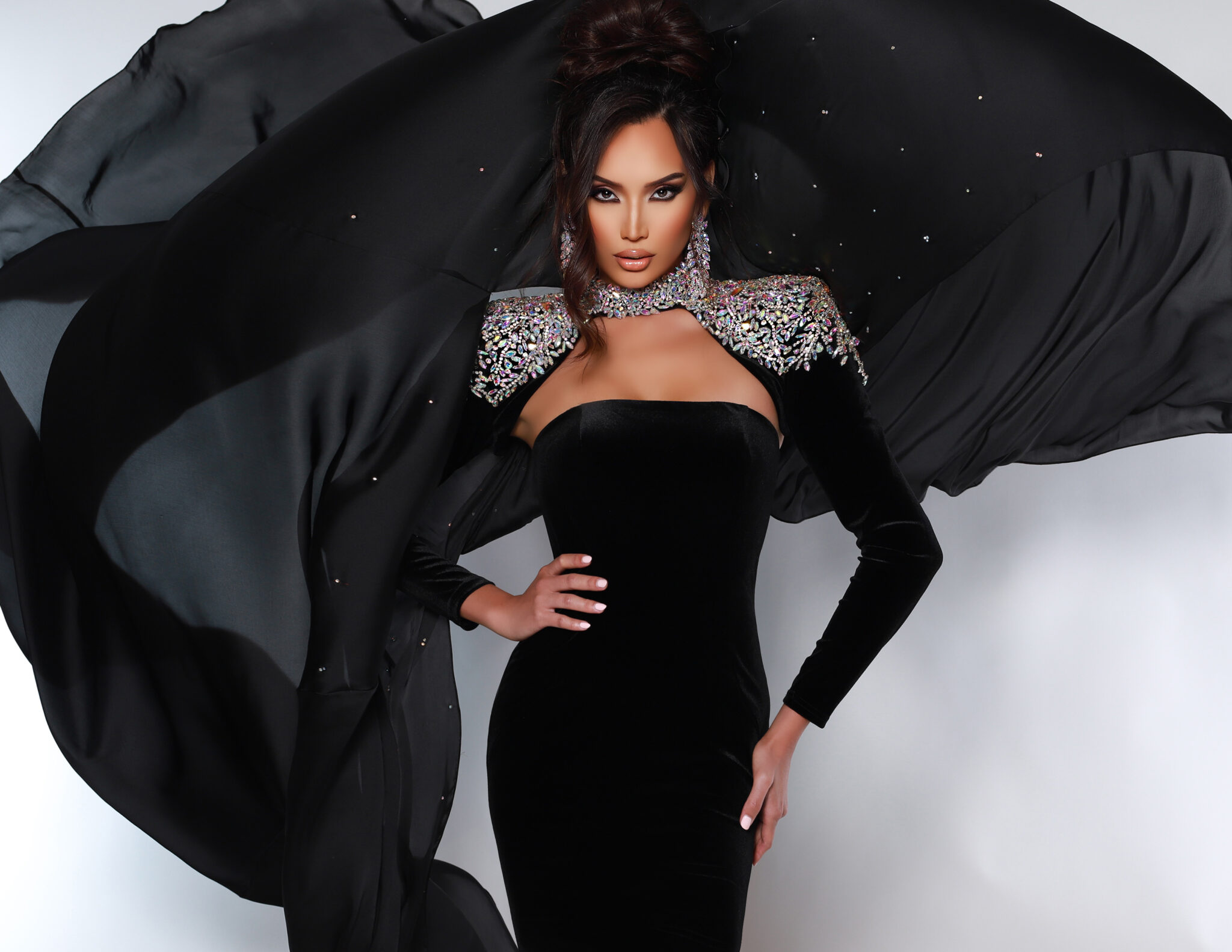 During your visit you will be a part of the Imperial Court’s Coronation weekend, celebrating activism and giving back to the community. How do you give back?

I work throughout the country supporting LGBTQ+ youth and bringing awareness to bigger platforms with hopes to educate many and spread an important message that is often not heard. Besides volunteering, donating, fundraising and the usual ways we give back, one way that I also give back is by being the representation in media and inspiration for the youth.