MASSBRANDED: Reaches for The Stars in Collection No. 6: Sixth Dimension

The sixth collection from MASSBRANDED draws inspiration from athletes and the pursuit of excellence in mind, body and will represented in elite sportsmanship.  “The idea of a man setting his mind on the prize, pushing himself to the limit and reaching for the stars is very empowering,” says designer Mass Luciano. His brand of high-end men’s streetwear has become known for pushing boundaries and leaving nothing—and everything—to the imagination.   “I aimed to capture that same confidence and optimism in this summer’s collection.”   MASSBRANDED Collection No. 6: Sixth Dimension is available exclusively at MASSBRANDED.COM. 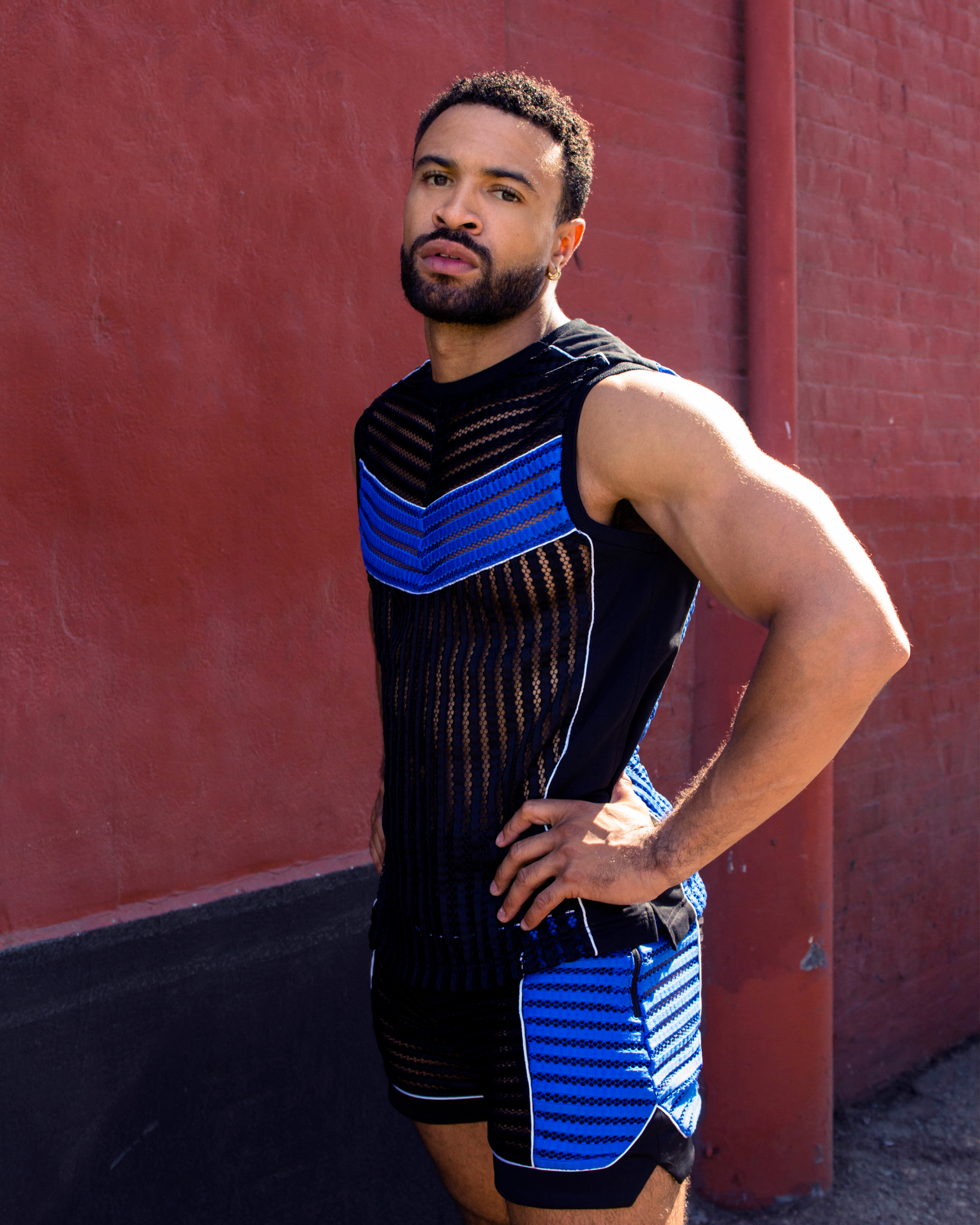 “As a kid, my parents would sign me up for basketball, baseball and soccer,” recalls Luciano.  “I wasn’t an athlete, but I loved putting on the uniforms.  Each had a unique look and functionality that I admired.”

In MASSBRANDED’s Collection No. 6: Sixth Dimension, Mass Luciano creates a universal uniform that mixes street and sportswear, elevating the looks with tailored construction and just the right amount of sex appeal.

His Victory tank top is a reimagined basketball jersey that shapes the chest with mesh panels and frames the torso with sides made from light weight stretch terry, for added comfort.

The Interstellar pullover by MASSBRANDED draws its inspiration from the tactical sport of fencing.  “I love how protective gear is often made to look futuristic, like space suits,”  Luciano explains.  Crafted from soft bonded jersey and contrast mesh panels, the color blocked white and gray sweatshirt features raglan sleeves that accentuate the shoulders and mesh panels that reveal a bit of skin. 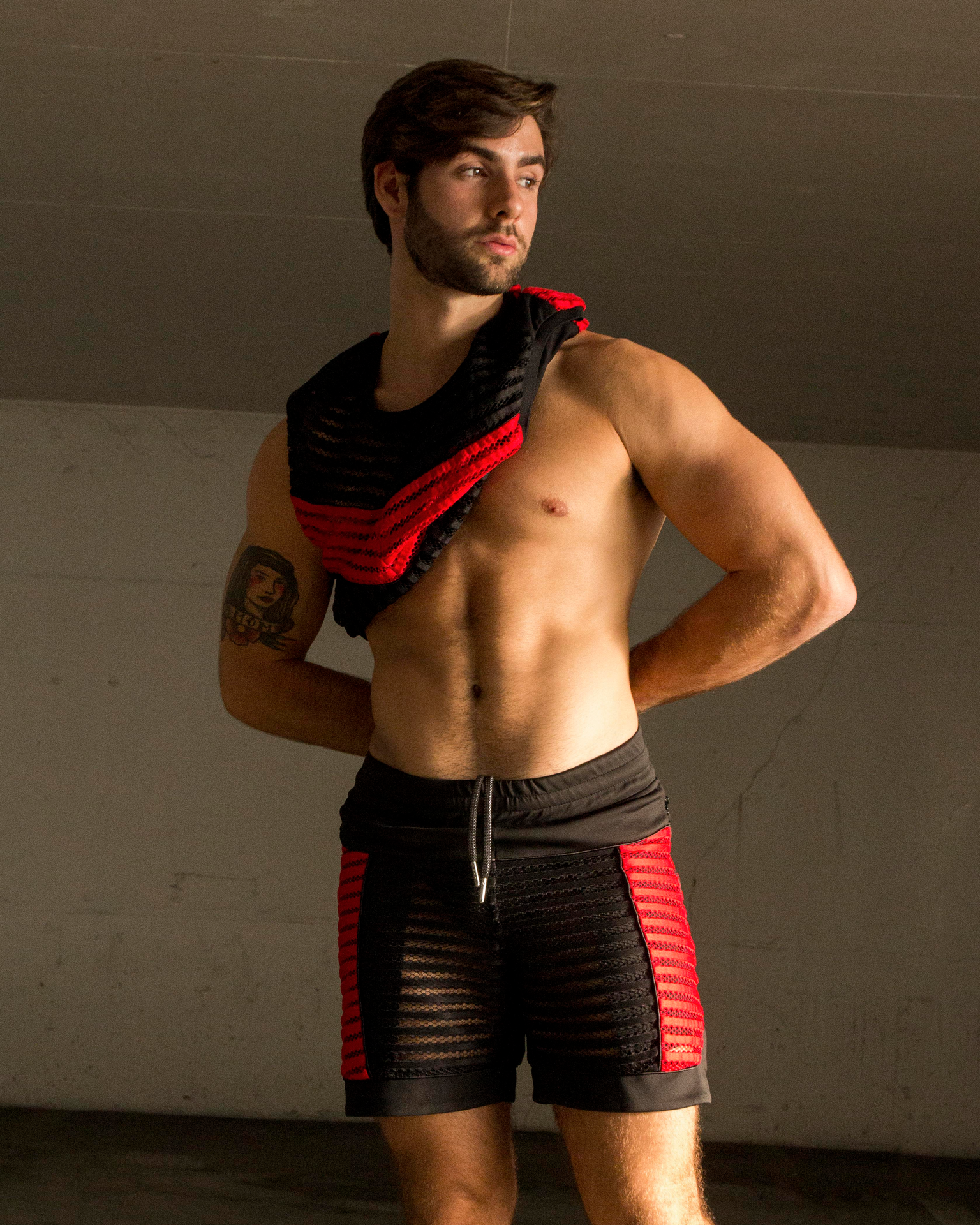 An important theme that permeates throughout the No. 6: Sixth Dimension collection is the idea of athletes reaching for the stars.   Space elements have been incorporated into some of the pieces, including the Galactic Print Tank Top and Shorts – two styles crafted from basketball mesh material that feature a galactic camouflage print with stars, planets, and wavelengths. 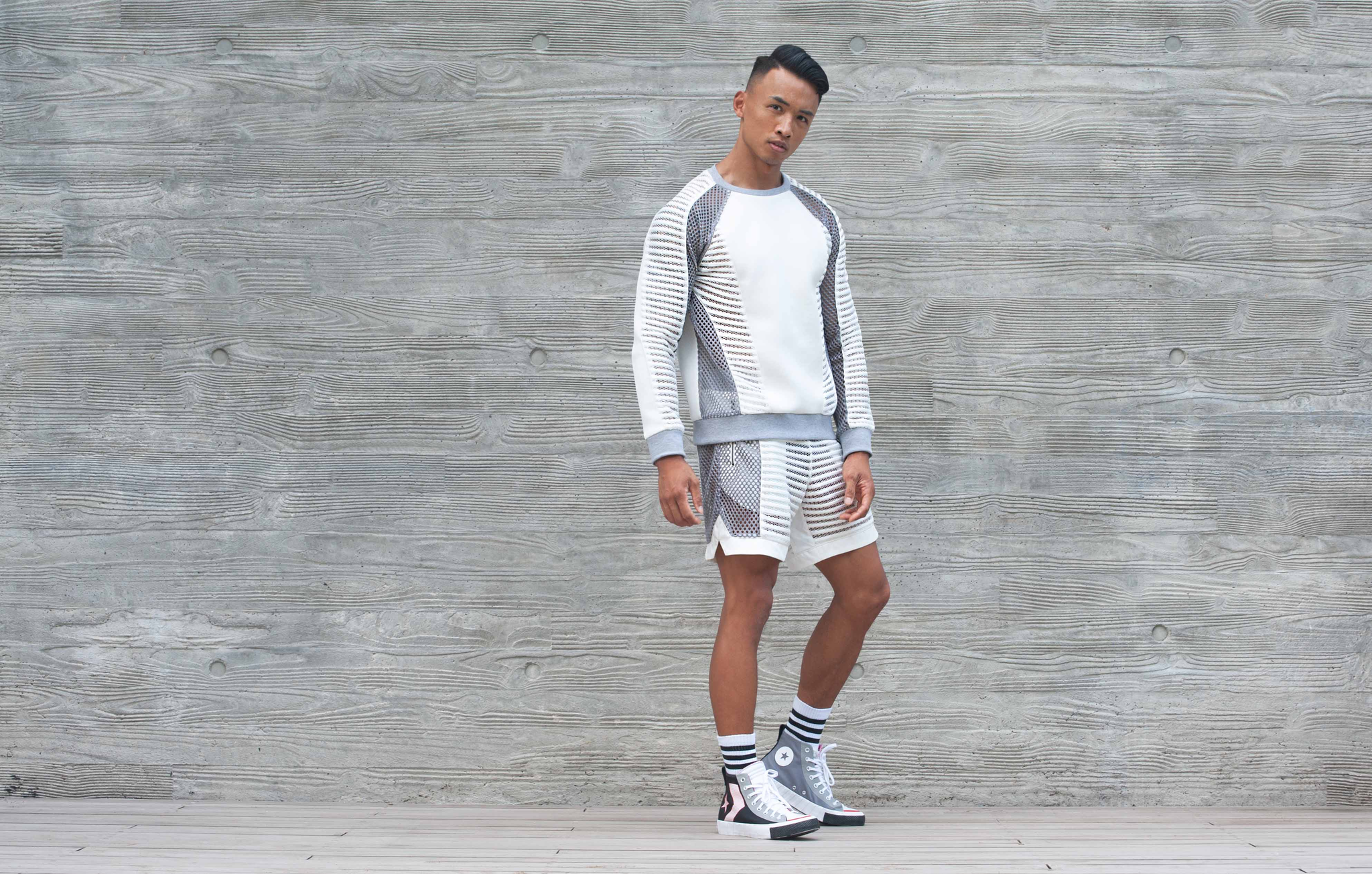 Mass Luciano even designed a space jumpsuit for the new collection!  Inspired by extreme sports, The Flight Jumpsuit embodies the high risk and drama of action and adventure by combining mesh with micro nylon stretch twill and contrasting piping and zippers.

With over fifteen years of experience in the fashion industry, Puerto-Rico-born Mass Luciano studied at the Fashion Institute of Design & Merchandising in Los Angeles and has worked with international brands including Guess, Rock & Republic by Victoria Beckham and Lee Jeans.

In 2015, he was named Mr. Gay Hong Kong and then won the title of Mr. Gay World. The achievements inspired Mass Luciano to chase his other dreams, including the launching of his energetic namesake streetwear label, MASSBRANDED; a brand that celebrates men who champion individualism, boldness, and the desire for attention.