“Local Iconic Drag Queens and Trans Activists to be Honored” 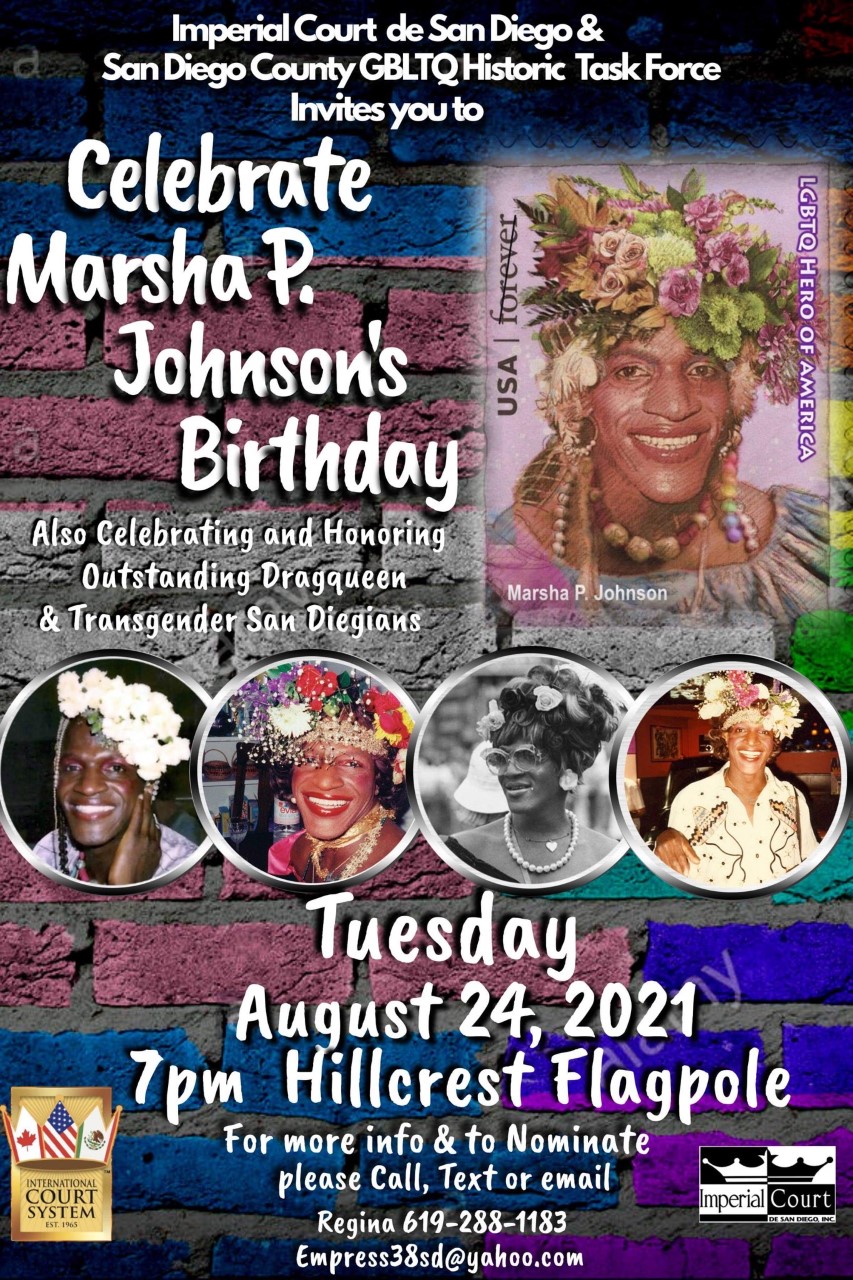 The event will be held at the Rainbow Flag in Hillcrest at 7:PM and will include distinguished guest speakers, special surprises and a birthday cake!

“The entire community is invited not to only celebrate Marsha P. Johnson’s birthday, but also to celebrate San Diegans who are walking in her footsteps” stated Darnell Williams, President of the Imperial Court de San Diego Board of Directors.

Birthday celebrations in honor of Marsha P. Johnson and Sylvia Rivera, both Stonewall Riots (1969) icons and legends, have and are being held all over North America sponsored by the International Imperial Court System which along with the National LGBTQ Task Force continue to lead the nationwide campaign to get a US postage stamp in honor of Johnson, Riviera and Jose Julio Sarria.

The LGBTQ+ Generational Wealth Gap Is a Serious Issue. This Is Why.