You Can’t Have Our Gay Money

As a business owner, I am convinced that people have the capacity to see past who we are as people, especially when they are keenly focused on what we (or our business) can do that benefits them. I am a Black female small business owner. My wife and I own a marketing and PR agency that works with mission-driven businesses and nonprofit organizations. Not only do we work with nonprofits, we also donate, volunteer, and sit on the board of directors for several San Diego nonprofits. I mention this because it gives context to why people often reach out to us and think we might have an interest in supporting their organization’s mission.

Recently, I had a “55%er” (I refer to her as 55%er because 55% of white women voted for Trump in the 2020 election and this individual falls within that demographic) reach out to me. 55%er first tried to connect with me via LinkedIn. Initially, I thought she intended to keep the communications within LinkedIn and I didn’t respond. I was wrong. The following week I received an email, then a text message the next day.

I’ll give you a little bit of history about my “relationship” with 55%er before I go any further. I’ve known 55%er for years. We had a longstanding professional relationship that goes back almost to when I founded the business in 2009. We’ve networked together and 55%er hired our company for a couple of projects at nonprofits that she worked at previously. I’ve volunteered my time to support her professionally, have recommended her, and been a reference for several positions when she was making career changes. I wouldn’t consider her a “friend,” but we definitely had what I would describe as a friendly and mutually beneficial professional relationship. For those reasons, I would go so far as to speculate that because of our history, she may think that I owe her. I believe that 55%er expects my continued and unconditional support.

For my mental health and because of my personal ethics, I made the decision to end the relationships I had with Trump supporters both personally and professionally. I had distanced myself from 55%er some time ago. I have a zero-tolerance policy with Trump supporters and she was fully aware of that. It should not have come as a surprise when her messages went unanswered. I thought I could leave it at a non-answer and move along. Well, of course, I couldn’t do that. Clearly there was an urgent need if 55%er was determined to connect with me on multiple platforms. The nosey, do-gooder in me decided that I needed to learn more about this nonprofit organization that was the subject of her messages. Was it a cause that aligned with our values? Maybe the organization and its mission was worth me at least taking a peek. So, I did some research….

55%er is a member of their leadership team. Actually, by the looks of their website, she appears to be second in command. The organization itself actually seems like a cause we could get behind. However, while snooping, I stumbled upon some public comments that 55%er recently made about Gay men that were so offensive, degrading, and just downright ignorant. The idea I had to just “leave it at a non-answer” and trying to figure out if the nonprofit was one that aligned with our values was gone with the wind. The audacity that it takes for someone to reach out to me as a member of the LGBTQ+ community and ask for my support after making such disparaging comments about members of my community, blew my mind. I just couldn’t keep my mouth shut, or should I say, my keyboard finger still. Not only did I have to say something, I had to let it be known that they would never, not ever, receive a penny of funding or support from us. 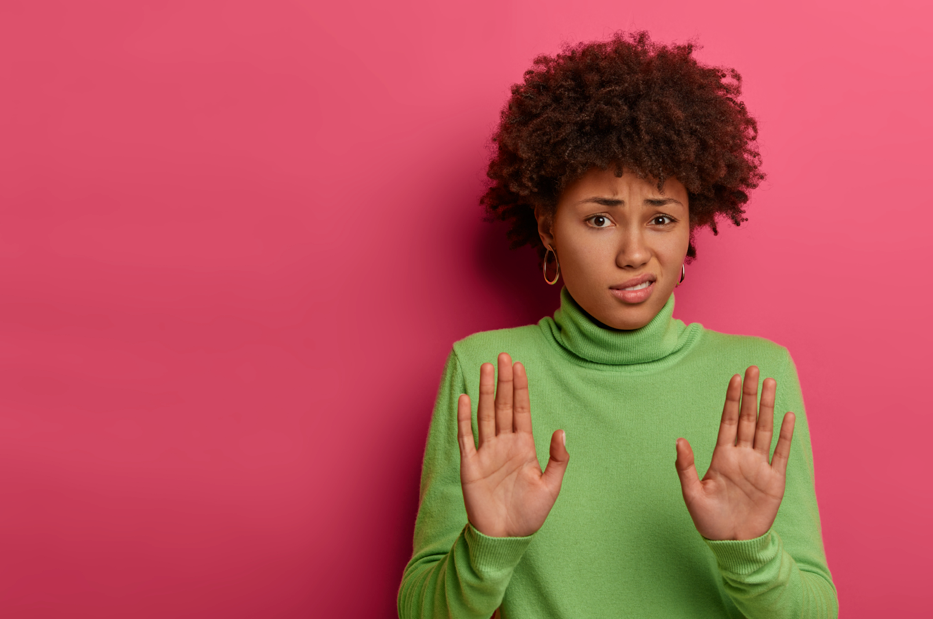 Nonprofits and businesses need to understand that we will hold them accountable for the behavior of members of their organization. They must understand that having someone on their leadership team publicly degrade members of the LGBTQ+, or any other underrepresented community, is a direct reflection on them. So, I took it upon myself to reach out to their executive director. I sent her an email asking her to remove us from their distribution lists and informing her that we would not be supporting the organization. When they claim as part of their values to be committed to “diversity and inclusion,” they need to vet who’s representing their organization. People like 55%er need to know that if you don’t support all members of my community, if you can’t embrace all colors of our rainbow — do not expect me to support you, your cause, your organization, or your business. Again, I am convinced people see past who we are when it benefits them. Even though 55%er thinks so negatively about Gay men, she’s able to disassociate me being a member of the LGBTQ+ community because it benefitted her. Well, her bigoted self won’t receive a penny of our Gay money.

For far too long, so many of us have had to hide who we are out of fear of the consequences and backlash. Fear for not only our lives and safety, but also that people knowing who we are would limit our opportunities and negatively impact our professional growth, careers or business success. Like I said, I considered ignoring the multiple messages. Ultimately, I decided to say something. It felt good.