TO GET SAN DIEGANS BACK TO WORK AND RESTART LOCAL ECONOMY

With the city of San Diego experiencing significant economic impacts due to COVID-19, California Assembly member Todd Gloria (D-San Diego), San Diego mayoral candidate, announced today that he has brought together a broad coalition to create an economic recovery blueprint for San Diego. The task force, dubbed “Back to Work SD,” is an impressive array of elected officials, industry leaders, and community members — signifying the united coalition of support ready and willing to work with Gloria to lead San Diego through this crisis.

“The next mayor has to have a real plan and productive relationships with local leaders, experts, and community members in order to get San Diegans back to work and kick-start our local economy. Rebuilding and moving forward requires us to come together and that’s what ‘Back to Work SD’ is about,” said Assembly member Gloria. “While public health guidelines must dictate the timing of this process and the full opening of San Diego’s economy is still some time away, we have to start preparing now.” 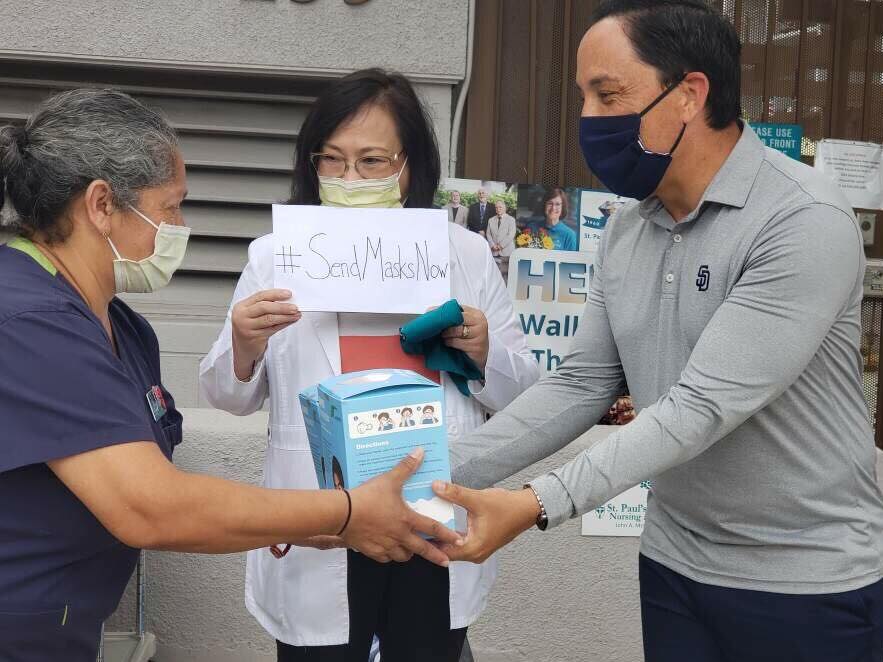 “This coalition represents a united San Diego that only Todd Gloria can bring together,” said Congressman Peters. “From workers to small business owners, it’s clear that Todd is the person people trust and believe can lead San Diego through the pandemic and back to some sense of normalcy.”

In the coming weeks, the task force will convene to discuss concrete strategies and policies to rebuild San Diego’s local economy and create jobs/return San Diegans to work. The group intends to publish a formal blueprint within the next few months.

Gloria is a former San Diego City Council member, City Council president, and interim mayor. He served as the city’s Budget Committee chairman for six years. Currently, he serves as the California Assembly member for the 78th District and is the majority whip of the state Assembly. If elected San Diego’s mayor, Gloria will be the first person of color and the first LGBT person elected mayor in city history.

Gloria’s Back to Work SD task force consists of the following members (titles and organizations used for identification purposes only):

Patti LuPone: A Comeback in Quarantine