The Second Season the The Browns on OUTtv 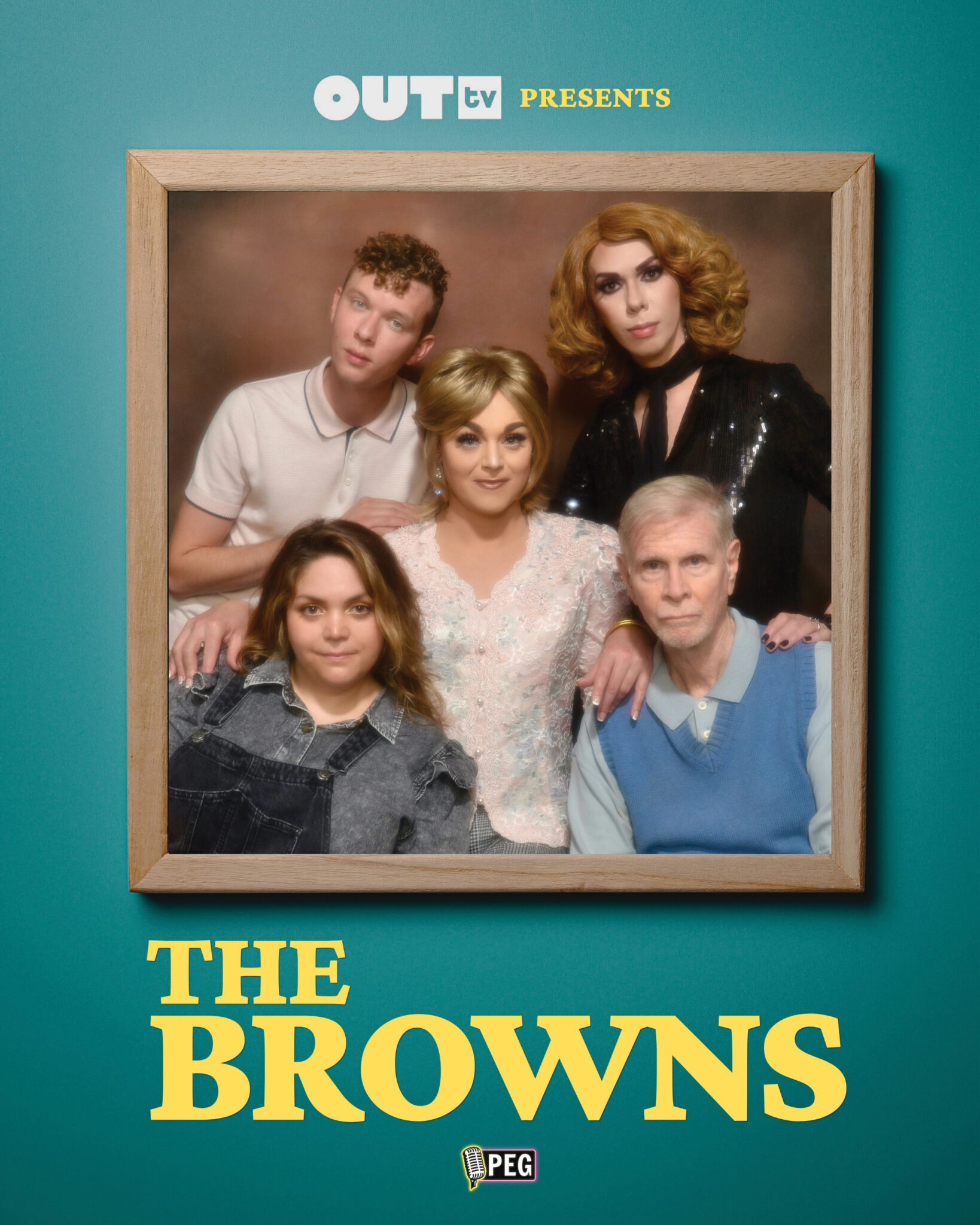 The Browns, the hilarious television series that began as two-minute comedic sketches on Instagram, returns for a second season November 5 on OUT TV and Amazon Prime, with new episodes airing Fridays.  Starring drag duo Tammie Brown and Kelly Mantle — Brown as a semi-retired singer and homemaker and Mantle as her delightfully dipsomaniac manager and best friend — The Browns re-imagines the family sitcom in a way that is strange, vulgar, and deliciously outrageous.  “I grew up on shows like Step by Step, Full House, and Family Matters,” says the series’ creator John Mark (who also plays the role of Brown’s son).  “I wanted to make a show that implemented traditional 90’s family sitcom tropes into a queer space.”

The cast is thrilled to return for another season.  “Tammie and I are two comedic corpses living out our Hollywood fantasies,” says Kelly Mantle, going on to explain how the two became fast friends and collaborators: “When I first met Tammie, she was singing to herself in the mirror while guzzling champagne and playing with dancing troll dolls.  I thought she was the ghost of Edith Piaf!  I immediately knew this was the kind-of batshit crazy I needed in my life.” 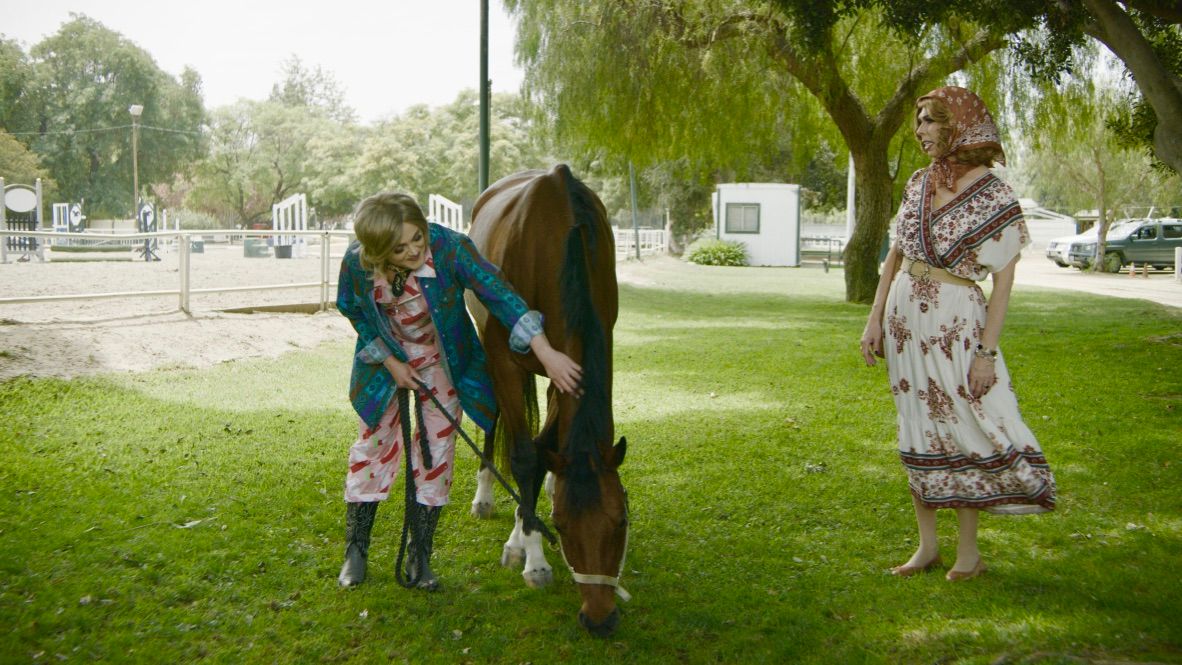 Tammie Brown is the drag persona created by Keith Glen Schubert, best known for her stand-out appearances on RuPaul’s Drag Race and RuPaul’s Drag Race All-Stars. She has released four music albums including the popular hit singles, “Port-A-Potty Prostitute” and “Love Pinata,” and regularly performs all over the world.

Kelly Mantle made Oscar’s history by being the first openly non-binary person ever to be approved and considered by The Academy for both Supporting Actor and Supporting Actress for their role in the feature film, Confessions of A Womanizer.   Mantle is a graduate of Second City in Chicago and has appeared on television in RuPaul’s Drag Race, Lucifer, Modern Family and Mike & Molly, among others.  Their uncle is the late great Mickey Mantle.

On the popularity of Sheila, the zany character they play on The Browns, Kelly Mantle says, “People connect with Sheila because she has no filter, no censor and no shame. She says what we’re all thinking. She’s bold and blunt, but it goes down smooth like Southern Comfort.”

The first iteration of The Browns was a few improvised sketches John Mark and Tammie Brown made in 2018 at Mark’s home.  “It was a casual two days of playing around and shooting on a micro-budget,” he remembers.  “It wasn’t until people started responding to the skits online that we realized there was potential to scale the show into something bigger.”

The first season consisted of three episodes with content built from the Instagram sketches. The new season of The Browns is five thirty-minute scripted episodes.  Switching to a scripted format allowed the creative team to weave a more complex story line.  “In season two, Tammie returns home after a journey of self-discovery to find her peculiar family in even odder form,” Mark continues.  “Amidst the chaos of her son’s viral fame, her best friend Sheila’s drunken hijinks, and her father’s involvement in a pyramid scheme, Tammie decides to take a shot at love!  She is challenged to be more vulnerable with everyone around her, including her offbeat family and potential suitors.”

He credits the success of The Browns to the incredible cast (in addition to Brown, Mantle, and Mark, Paige Klone plays Ethel, Roy Allen is Daddy and Jackson Davis is Jackson) and their chemistry, as well as the many queer talents who have lent their names and time to the project.  Season one featured RuPaul’s Drag Race alums Kasha Davis, Laganja Estranja, Ongina, Raja, Tynomi Banks, and drag icon, Coco Peru. In the new season, The Browns welcomes drag legends Katya, Honey Davenport, Mariah Balenciaga, and Sherry Vine, as well as non-drag notables Cazwell and Jen Kober.   Caroline Williams guest directs episodes two and four.

“Creating a unique space where famous queer club performers have to deal with wholesome family sitcom themes feels subversive and exciting to me as a filmmaker,” John Mark reflects.    He promises that while the new season will be a scaled-up version of The Browns, it will remain true to the sidesplitting family fun that fans have fallen in love with.