The life of Riley

Dallas native Alex Riley has five survival tips for anyone considering a career in adult film. The first: make sure that you’re comfortable with people knowing you work in adult film. The years of having a hidden porn career are over. Movies last forever and you can’t unfilm a scene. Second, hydrocortisone cream is a necessity. (Huh?) Third: Be yourself on camera. Don’t pretend you’re a big, dominant top when you’re really a hungry bottom because fans can spot a phony on their computer screen. Also, be cool around the other models when you’re not on cam. Four: Have fun! Enjoy the exotic locales and the wild and crazy guys you get to hang out with while on set. Alex says he makes it a vacation every time he heads out to film. And last: Work out your body. It’s important to stay in shape because they’re not kidding when they say the camera packs on extra pounds.

We spoke with Alex Riley in Las Vegas while he was on the set of his next Helix Studios film.

(Matt Sunderland) What compelled you to get into adult film?

(Alex Riley) There was a moment in the fourth grade that I knew I wanted to get into adult films. I was watching a clip on my grandmother’s computer thinking, “Wow. I want to be one of those guys one day!”

Tell us about growing up in Dallas.

As a child, discipline, respect, school and sports were my whole life. My baby brother and I lived with my grandparents from, I believe, the middle of fourth grade until the middle of ninth grade. We lived with my mom for all of the other years before and after. I’ve never met my father, but it’s never been something that’s made me feel weird or different. As far as sports, I excelled in football, cross-country and track and field. Being good at sports didn’t necessarily make me popular in high school, but I was well known and liked.

Do your mom and grandparents know about your adult film career?
Yes, I’ve told everyone, including close friends, and, for the most part, all have been supportive. I’ve learned to totally ignore mean things that people say to, or about, me. They have their lives and shouldn’t be worrying about mine. 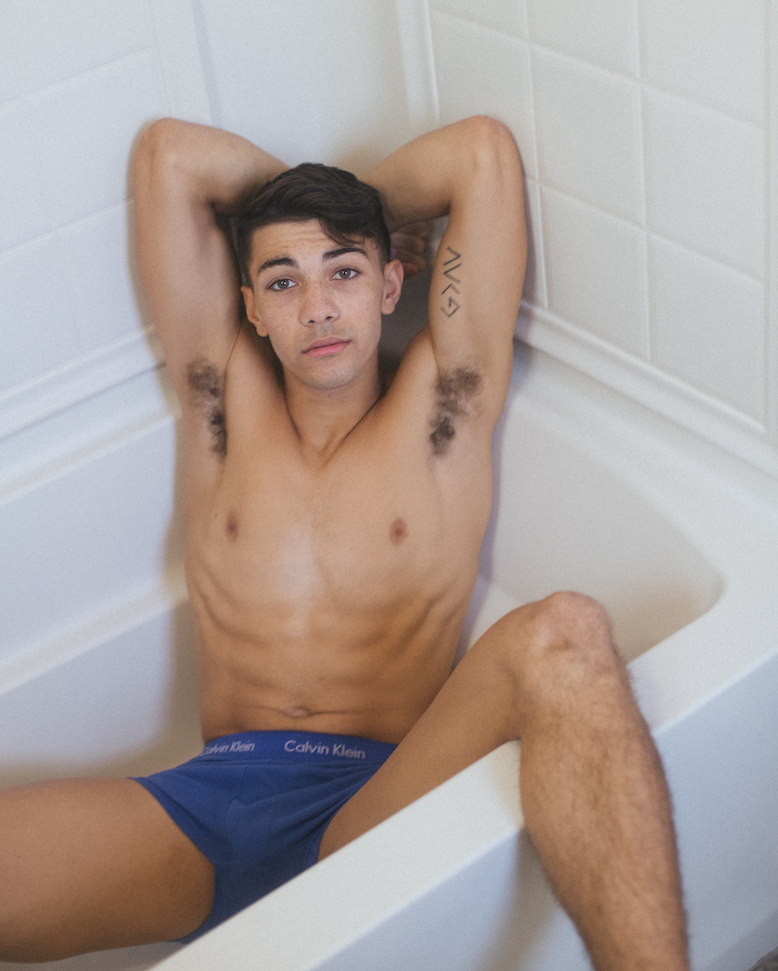 Who is the real Alex Riley when the cameras are off?

I’m pretty much the same crazy, giggly, ADHD young man that I am on camera. I’m smiling and laughing a solid 23 hours of any given day and eating snacks like it’s no one’s business.

The people and the traveling. Traveling is so much fun and I’ve had sex with some really hot guys that have become close friends.

It can be physically draining at times. Luckily, I love what I do, so the worst isn’t really that bad, yenno?

Weirdest place you’ve had sex?
On the third-story rooftop of my last boyfriend’s parent’s house.

What is one thing your fans would be most surprised to learn about you? 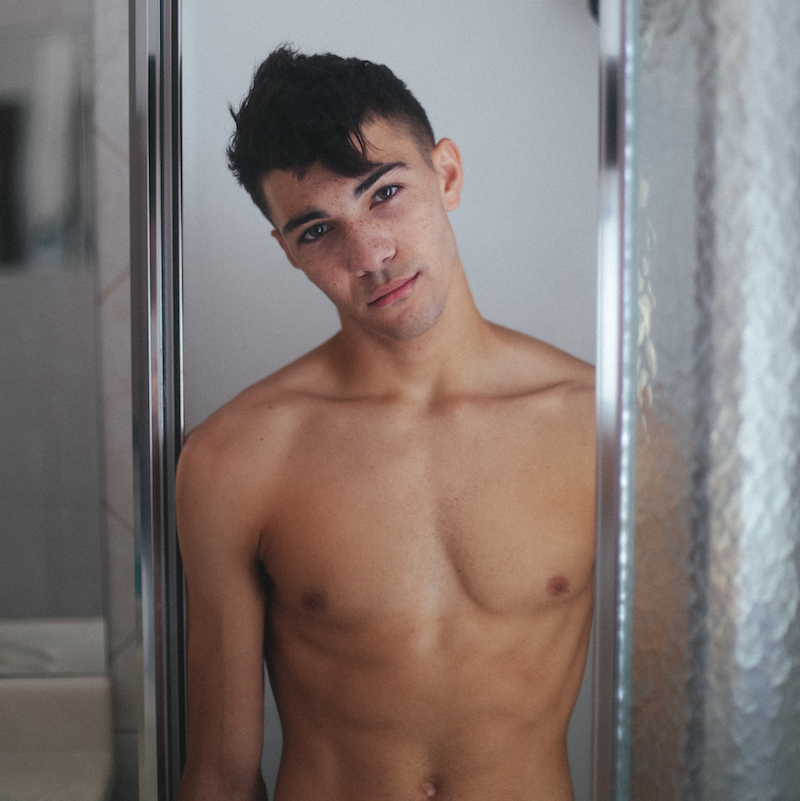 What is your least favorite part on a guy?

I’m the superstar of my own life and I decide my future.

What makes you angry?

Uncalled-for disrespect. Also, slow walkers and people that take the good things in life for granted.

You can the run the world for a day. What would you do?

I would go on national television and act like an absolute child, until someone stopped me! 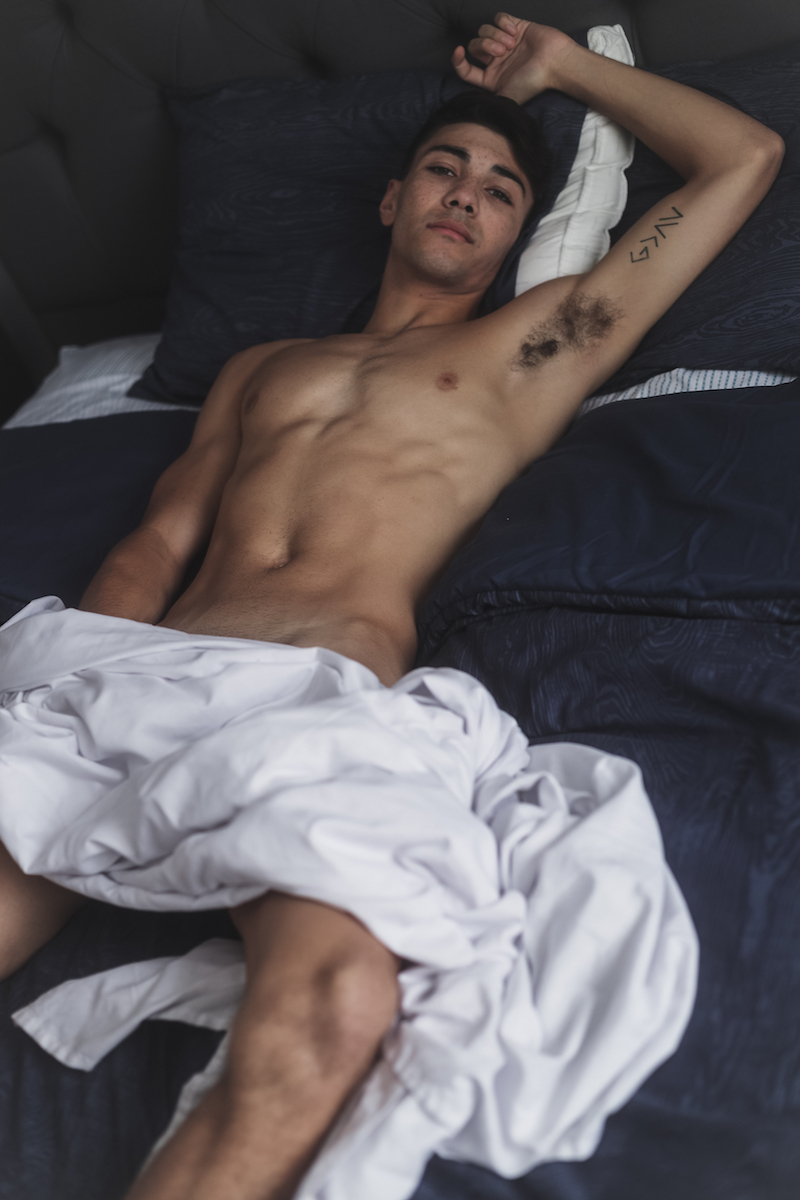 Who would play you in a movie of your life?

Cameron Boyce, before he passed away.

When was the last time you cried?

I cried a couple of days ago when I started thinking about myself and about how well my life is going. Then I prayed and started crying some more. I normally only cry for good purposes.

What is your most treasured possession?
I have a box at home that is completely full of sports items that I’ve been collecting my entire life. It’s packed with NFL helmets, posters, books, footballs, cards and autographed memorabilia.

If you could give your younger self a piece of advice, what would it be?

Work hard. Be smart. Go be great and no matter what, remain humble!

What items have you checked off your bucket list?

What items do you have on your bucket list?
I want to buy a home. A car. I want to invest in a company. I want a dog of my own! I want to go to Ibiza and get drunk with friends on a yacht. I’d also like to visit San Francisco, Cabo, Vancouver and Italy! I want to experience skydiving.

I have a lot of life yet to live.

The seven gifts of Christmas