The Journey of a Broken Man: A Story of Hate, Love, and Success

Pandemic life, work, lack of fun, worry about everything, fat, tired, and done… That was me a year ago. Today, just about everything is different, but the questions are: How did I get that way?, when did I stop and think, now what?, and what in the hell am I going to do about it – if anything?

Let me tell you the short version of me so you have context for what you are about to read. I like to help people, many times at the cost of my own health and sanity. I enjoy working, but I lose track of time while chasing the almighty dollar. While all this was going on over the past four years I gained 70 pounds, lost myself, and was so broken I didn’t know if I could or even wanted to come back; I really did not know. I was tired, mad, and frankly, I hated what I had become. 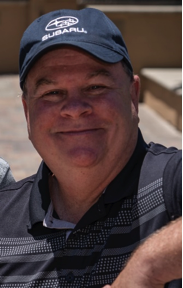 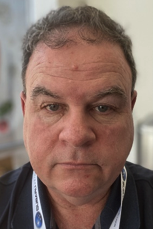 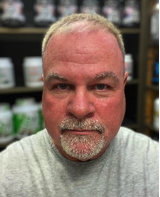 A little over a year ago, I produced an award-winning short-form musical called, “Sharing the Love” and during that experience I was on TV a lot with interviews and such. One day, while at home, the story came on the news and there it was… The man I hated. The man I had allowed myself to become.

It was an amazingly shocking thing to see how far I had fallen and how little I cared about myself, yet there was the proof on the screen in my living room. I was devistated and didn’t know what to do or who to turn to, but I knew I had to do something or I would die early, or evern worse be incapcacited for the rest of my life.

My mind was amok with great ideas… freeze my fat, surgery, the magic pill (whatever that was), and even just giving up and accepting that at 61 years old I was done and who cared anyway? It seems I actually did, and here’s my journey from a broken man to the “Me” I always knew I was and loved to be.

It took me some time to “get with it” and take action. Hang on to your hats, here’s the first thing I did… I went to a cryo-freezing joint in Point Loma and spent thousands of dollars on ultra cold paddles on my belly every two weeks for two months. I’m not a doctor and I don’t play one on TV, so I’m not going to address the good or bad of this modality. What did happen, though, is the cryo guy took me down the hall to Fit Life Nutrition and introdcued me to John Rodriguez, the owner. Cryo guy told John I was ready to make a huge change and a few days later I started, “training”. I put training in quotes, because it was more like rehabilitating a dead man who couldn’t do much of anything, but it was a start.

This is how I looked that day. The eyes of a souless dead man. How was I ever going to get myself to be “unbroken” while being this far gone? Later, I’ll get into that, but the first thing John taught me was to “Show up, do the work, and it will happen.” He was right.

This is how I look today and while I still have work to do, I’m alive, I’m happy, and I’m fit. So, how did it all happen? Magic? – No. Luck? – No, again. It started with me accepting who and where I was healthwise at that time. I was also obligated to be honest with John, my trainer, about how I felt, what I needed, and I had to give up on my fear of not being good enough.

I began this health journey because I had to. Now it is my lifestyle not only because it’s the right thing to do, but because I love it. I love me. Most of it was not easy, and many times I wanted to give up because it was hard, the results weren’t happening fast enough, and insert every other rant you can here as to why I didn’t want to do this. But, I did not give up, and I am glad to say that later this year I will be in my first body building competition. What? – Yes, at 61 I’m going to do it. Wow! – A year ago this was not even a remote thought.

One of the best things about training with John is that he listened to me as I talked about injuries I’ve collected over the years. I have a bum shoulder and part of my spine is pretty shot, but that didn’t stop him, or me. John created specific exercises that worked for me, and not once was this a cookie-cutter approach. John’s like that, he offers individualized personal training at a very reasonable cost and you know you are important and not “just a number on a P and L”. I found someone who cared more about me than I did and that gave me the room to feel safe, work hard, and move through the shame, the fat, and the emotions.

This week I celebrate one year of giving me my best life and a lot of people have gone on the journey with me including my husband, my trainer John, and several friends. Without them I am not sure I would have made it this far.

So you can see what has happened this year – here’s the proof. Like I wrote above, I have a way to go, but I have come so far, found me, and am living the life I want. Not bad for 61, I must say.

Next time I will get into the actual process, the problems, the fear, and the success. I mean it, just about anyone can do it. It’s not about being the biggest or the best. It’s about being the best you that you can be. There is no competition other than the one in your heart and brain.