For over 45 years San Diego’s LGBTQ community has held a “Toys for Kids” drive that has benefited dozens of non-profit family/children’s organizations and brought smiles and joy to thousands of children throughout San Diego County and Tijuana, BC Mexico.

Many times, the Imperial Court de San Diego and I have been asked why we don’t just support the Marines’ annual popular Toys for Tots drive. 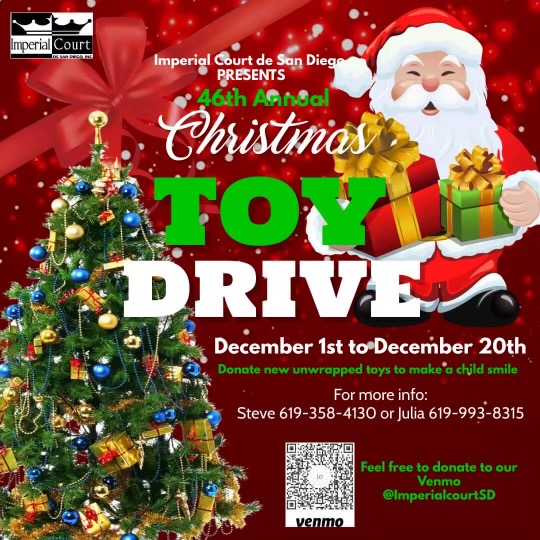 In 1975, the Imperial Court de San Diego and I, as the then reining Empress and my Princess Royale Craig Morgan a.k.a. Morgana, our court members and all our local bars (The Brass Rail, The Loft, Barbary Coast, Bradley’s, Chee Chee Club, Diablos, Matador, etc.) collected hundreds of toys for the Marines’ Toys for Tots – San Diego Toy Drive. Well, when it came time for the Marines to pick up the toys, for what I believe to be the first time, they started asking exactly where the donations came from, and when they found out that the hundreds of toys were from the San Diego LGBTQ community, they bluntly said, and I quote, “Oh no, we do not accept toys for children from homosexuals” and hung up the phone. Needless to say, we were in shock and very disappointed. We called back again to try to arrange a pickup or delivery of the toys and they refused and told us to never hold such a toy drive or use their names again or they would take legal action against our organization. Homosexuality was against the law in California till 1976 and as I have said many times, homosexuals could and were committed to state mental hospitals just by the stroke of a pen with the signature of their parents or a judge.

We called what seemed like dozens of children’s organizations and a vast majority also said “No”, at least some said, “No thank you” and didn’t hang up on us. I remember the two who gladly accepted our toys: Barrio Station in Logan Heights (Rachel Ortiz) and the Polinsky Children’s Center, a shelter for children, many having been abused. Our LGBTQ Community Center also hooked us up with LGBTQ families with children or relatives. 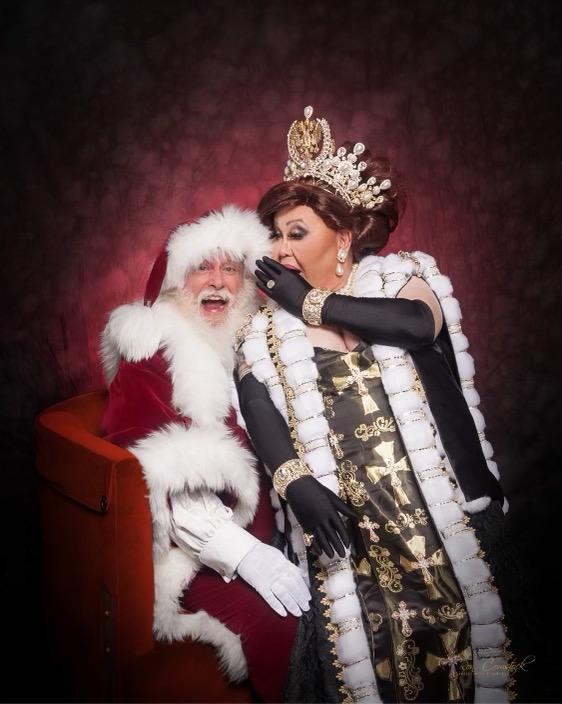 So, in 1975 we launched our first “Toys for Kids” toy drive that goes on to this day with toy donation boxes up at many local bars and businesses. Big Mike is always a huge help every year along with JR of We Care and the LGBTQ+ sports leagues. For the last five years we’ve also included and helped provide toys for Breakfast Republics annual Wounded Warriors Christmas Day Dinner for the children of wounded warriors.

Now let me make it clear that years later The Marines’ “Toys for Tots” campaign did start accepting toys from our LGBTQ Community and we wish them well, but our “Toys for Kids” toy drive looks for different organizations to help including one in North County that helps undocumented families and their children.

Thank you all for your continued support and Merry Christmas.

I hope all your celebrations are filled with love, light, and magic