It was the untimely passing of her beloved sister that prompted Emily Green Lake to pursue a lifelong dream of opening a restaurant, which meant leaving her career as a high school literacy teacher. Given the siblings’ mutual passion for pizza, the establishment would pay homage to Kate Green with assorted pizzas named after some of her favorite TV show characters. And it would greet with a charming ambiance loaded with framed family photos.

Sisters Pizza emerged in early June after nearly two years in the making. It occupies a 1930s-era building on a quaint corner at Fourth and Brookes avenues. The ample, canopied patio in front feels remarkably Parisian while the interior strikes a Mid-Century design with its curved-back dining chairs and kitchen subway tiles. 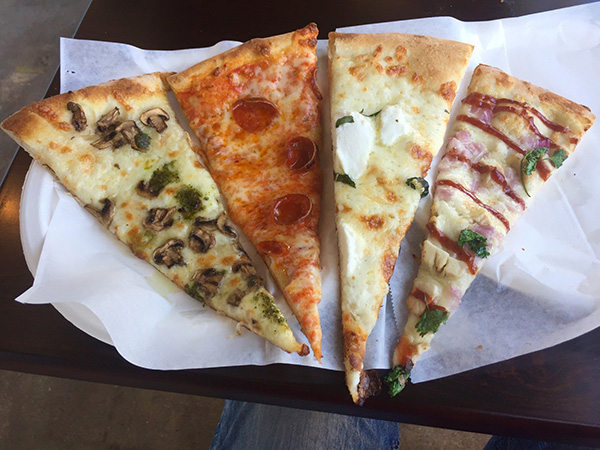 Green Lake runs the show with her husband Trevor Lake, who applies his eye for detail to dough-making and overseeing the kitchen.

Aside from pizzas, which are sold by the slice and in sizes ranging from 14 to 20 inches, the menu extends to home-style Italian dishes similar to what the Green family enjoyed regularly at a restaurant called Garden Pizza in their native New Jersey.

“I tried to model Sisters Pizza after that,” she said while citing the enthusiastic welcome Hillcrest has given her venture. She also noted that on the first Saturday of every month, from 11:30 a.m. to 12:30 p.m. beginning Aug. 3, the pizzeria will host a “drag story hour” on the patio. It will feature Miss Oona Upland reading children’s books to kids, during which the tykes can savor $1.50 slices as their parents and guardians sip on $6 mimosas.

I visited for lunch with a friend who shares my back-East roots as well as my persnickety standards on Italian comfort food. We hit a winner right off the bat with the soup du jour, a Toscano-style pottage that captivates with crumbled sausage, potatoes, kale, fresh thyme, chicken broth and a splash of cream. It’s available for a few consecutive days every other week and shouldn’t be ignored. 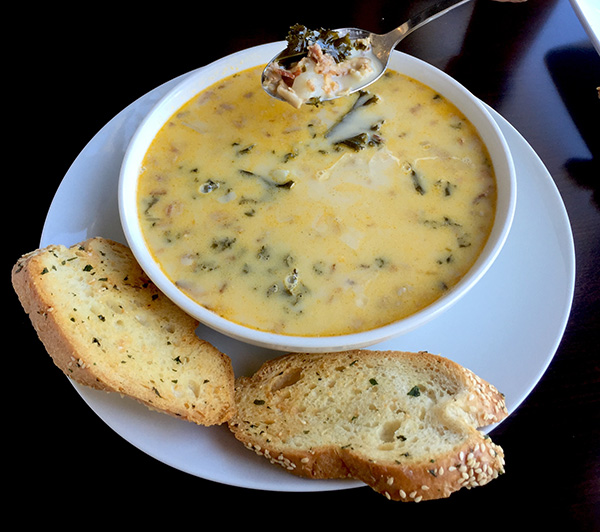 In our climactic buildup to a couple of sandwiches and several pizza slices, we opted for a Caesar salad made with charred romaine. Sisters brings the salad back to its glory days with anchovies, which played well in the company of shaved Parmesan and garlic croutons.

A dish of fried calamari was jazzed up with Fresno chilis and Kalamata olives. The only problem was that the rings and tentacles ranged from tough to tender, and the batter was a bit heavy.

The meatballs are of the Italian-American variety you’ll find throughout the Northeast, blending ground beef, pork and veal. We enjoyed them in a sesame hoagie roll and beneath a mantle of melted mozzarella and trusty marinara sauce. They’re also available with spaghetti or a la carte. 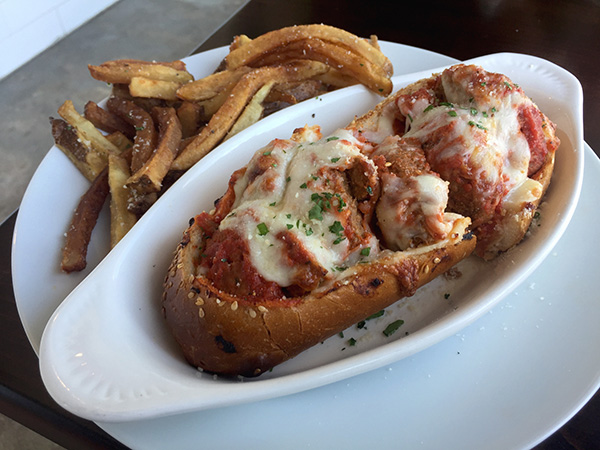 An eggplant Parmesan sandwich using the same roll was equally commendable. The sliced eggplant was neither bitter or soggy—pitfalls that result from improper cooking. This was prepared just right, thus offering that elusive tinge of sweetness that further enhanced the red sauce.

There are 10 signature pizzas. All of them are available in fairly large slices. The choices are playfully named in Kate’s honor.

The thick-crust “Sophia Petrillo,” for example, is a Sicilian-style pie topped simply with mozzarella and red sauce. It beckons to the character who played Dorothy’s mother on The Golden Girls sitcom.

We shared four different slices by cutting each in half. The regular pepperoni pizza lived up to those we grew up with in Buffalo, N.Y., thanks to the small cup-shaped pepperoni containing modicums of their own precious, flavorful grease.

The “Rooftop BBQ” is the best barbecue chicken pizza I’ve had, considering I was never a big fan of such zany toppings introduced decades ago by California Pizza Kitchen. Here, the tangy barbecue sauce was applied lightly over grilled chicken breast, mozzarella, fresh cilantro, and red onions. Everything jived. 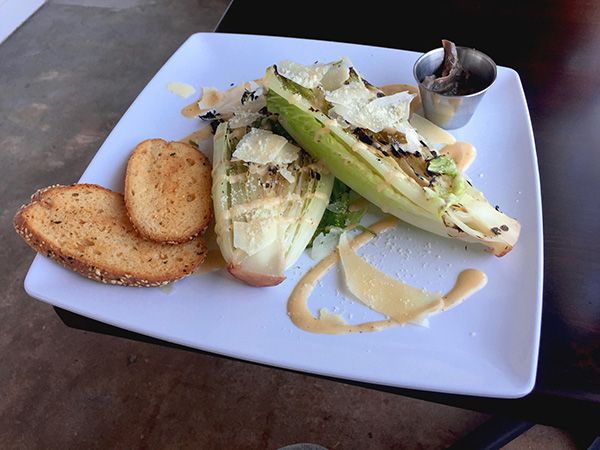 My aversion to goat cheese had me skipping over the O’Becian, which is topped also with white sauce, mushrooms and pesto. But my friend gave it a firm thumbs up, noting that no one ingredient overpowered the other.

In comparison, the aforementioned Uncle Jesse was drier and more understated in flavor. But that’s exactly what I expect from this type of white pizza, which sings to red pepper flakes and some type of dipping liquid on the side, such as olive oil or marinara.

Regardless of toppings, Sisters puts forth an impressive pizza crust that verges on the thin side. It offers both crunch and chew, not to mention a discernible yeast flavor—a common missing element that drives us East Coast transplants into squawking hissy fits.

Draft beer and California wines are available. In addition, happy hour is held from 4 to 7 p.m., Monday through Friday, when appetizers are $3 off, select draft beers are $5 each, and wines sell for $6 per glass.

Changing how we age with HIV