“Fighting Proud: The Untold Story of the Gay Men Who Served in Two World Wars”

In this astonishing new history of wartime Britain, historian Stephen Bourne unearths the fascinating stories of the gay men who served in the armed forces and at home, and brings to light the great unheralded contribution they made to the war effort. “Fighting Proud” weaves together the remarkable lives of these men, from Royal Air Force hero Ian Gleed — a flying ace twice honored for bravery by King George VI — to the infantry officers serving in the trenches on the Western Front in WWI — many of whom led the charges into machine-gun fire only to find themselves court-martialed after the war for indecent behavior. Behind the lines, Alan Turing’s work on breaking the “enigma machine” and subsequent persecution contrasts with the many stories of love and courage in Blitzed-out London, with new wartime diaries and letters unearthed for the first time. Bourne tells the bitterly sad story of Ivor Novello, who wrote the WWI anthem “Keep the Home Fires Burning,” and the crucial work of Noel Coward — who was hated by Hitler for his work entertaining the troops. “Fighting Proud” also includes a wealth of long-suppressed wartime photography subsequently ignored by mainstream historians.
This book is a monument to the bravery, sacrifice and honor shown by a persecuted minority, who contributed during Britain’s hour of need.

“Soldier of the Year”

In March of 1993, the Army pronounced Gulf War veteran Sgt. Jose Zuniga the 1992 Soldier of the Year. Six weeks later, Zuniga’s military career ended when he revealed that he was gay. This is an intensely personal account of the homophobia and hypocrisy that pervades the American military.

“Gays and the Military: Joseph Steffan versus the United States”

In April 1987, Joseph C. Steffan, one of the 10 highest-ranking midshipmen in his class at the U.S. Naval Academy, and only six weeks from graduation, was denied his diploma and forced to resign his commission because he answered “Yes, sir” to the question, “I’d like your word, are you a homosexual?” Six years later his cause, and that of other gay men and lesbians seeking to serve their country by enlistment in the military, has become the subject of intense national controversy. This unusual and innovative work, based on the litigation strategy and court papers filed in the case of Joseph C. Steffan v. Richard Cheney, Secretary of Defense, et al., brings the resources of clinical psychiatry, clinical and social psychology, cultural history and political science to bear upon the fundamental questions at issue: How is sexual orientation determined? How and why have socially prejudiced stereotypes about male and female homosexuals developed? Why have gays faced special obstacles in defending themselves against discrimination? How much political power do gays have?

Published during the same year the American military instituted “don’t ask, don’t tell,” and 18 years before President Barack Obama repealed it, “Conduct Unbecoming” is a landmark work of social justice and a searing indictment of the military establishment’s historic bigotry toward its gay servicemen and women. Randy Shilts’s eye-opening book describes the bravery, both exceptional and everyday, not only of gay soldiers throughout history, but also of gay men and women serving in our modern military. With each anecdote and investigation, Shilts systematically dismantles the arguments against allowing gays to serve in the military. 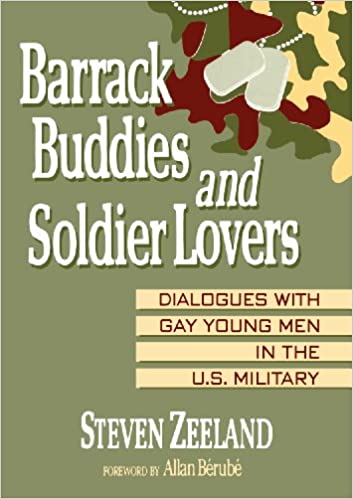 Among all the literature published on gays in the military, Steven Zeeland’s first book remains one of a kind. “Barrack Buddies and Soldier Lovers” is a raw, unsanitized personal record of conversations the author had with young soldiers and airmen stationed in Frankfurt, Germany. Zeeland’s intimate involvement with these men enabled him to document in honest, visceral terms the day-to-day reality of gay military men’s lives and how they work, play, and, in many instances, how the military actually helped them come out. 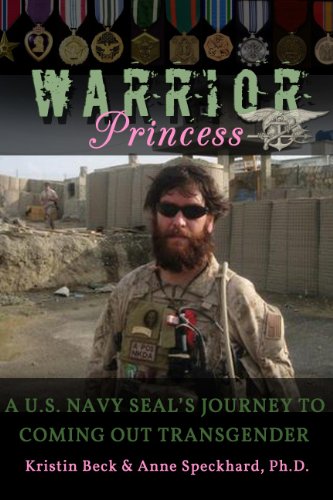 Chris Beck played high school football. He bought a motorcycle, much to his mother’s dismay, at age 17. He grew up to become a U.S. Navy SEAL, serving our country for 20 years on 13 deployments, including seven combat deployments, and ultimately earned a Purple Heart and the Bronze Star. To everyone who saw him, he was a hero. A warrior. A man.

But underneath his burly beard, Chris had a secret, one that had been buried deep inside his heart since he was a little boy — one as hidden as the pantyhose in the back of his drawer. He was transgender, and the woman inside needed to get out.

This is the journey of a girl in a man’s body and her road to self-actualization as a woman amidst the PTSD of war, family rejection and our society’s strict gender rules and perceptions. It is about a fight to be free inside one’s own body, a fight that requires the strength of a “Warrior Princess.”