Picture the last time you attended a live Theatre performance. You walk into the room after your tickets (and nowadays, your Covid-19 vaccination card) are scanned, and are handed a program. You locate your seats and study the room, the people around you, whatever set piece is on stage. That incomparable anticipation of what we’re about to experience, is unlike anything else in the World.

How is this all so seamlessly put together? Well, the truth is that it’s all far from seamless. In fact, the journey can be quite bumpy, but we adapt and plod on, because we absolutely love what we do.

The rehearsal and production process to produce a full-scale musical is one filled with excitement, uncertainty, and magic.

This is my experience as I mold and create the character of Kevin Rosario in San Diego Musical Theatre’s production of In The Heights. 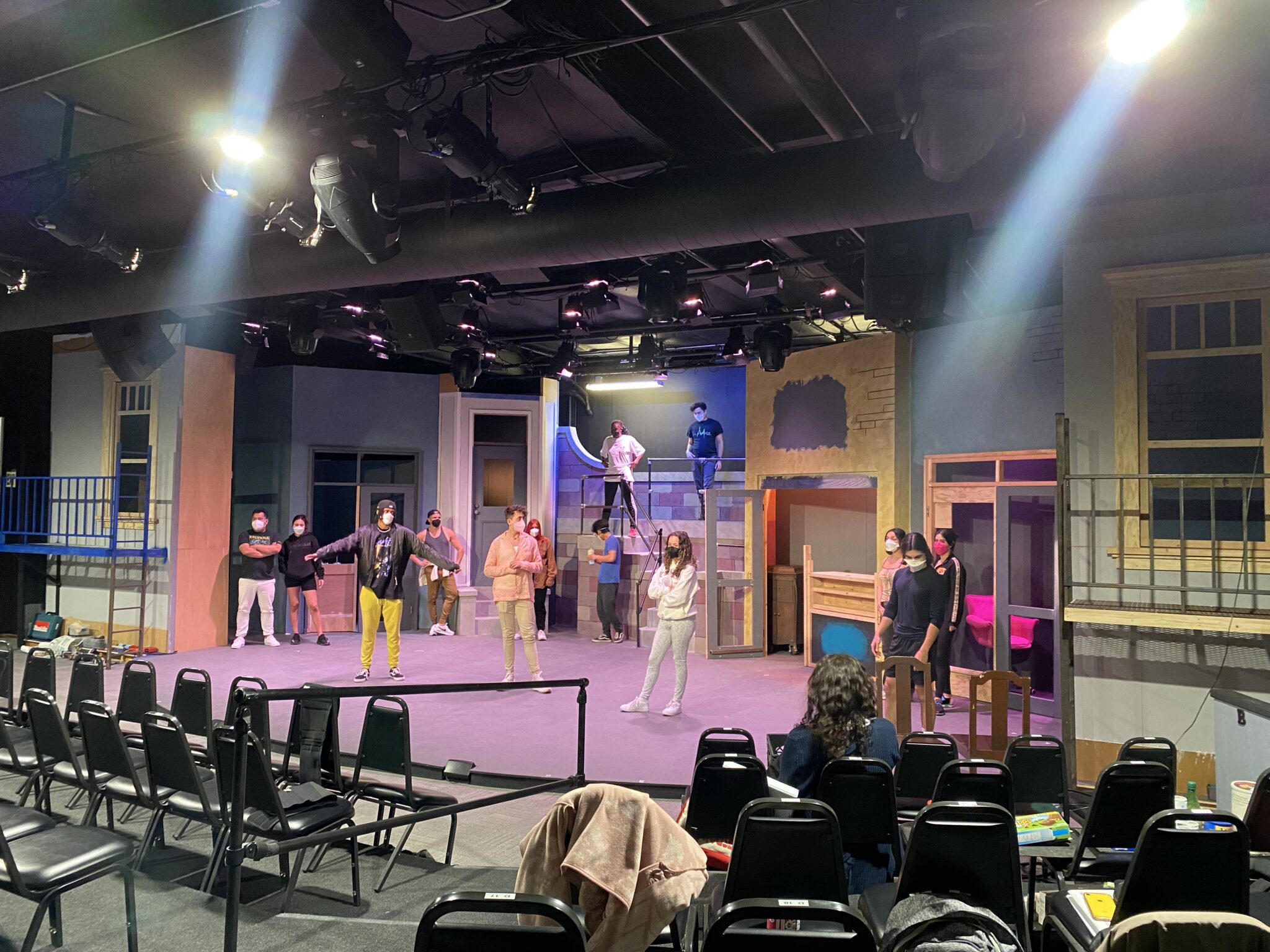 All these questions zoom by my head, as I get ready to drive to my first rehearsal. I saw the original Off-Broadway production with Lin Manuel Miranda himself in the main role, so I already know what I’m walking into, but every group of actors will bring a completely different dynamic to the story, and that’s the exciting part. Our In The Heights is totally unique, and I get to be a part of it.

After a few protocol speeches, introductions, and facility tours, we start the rehearsal process. 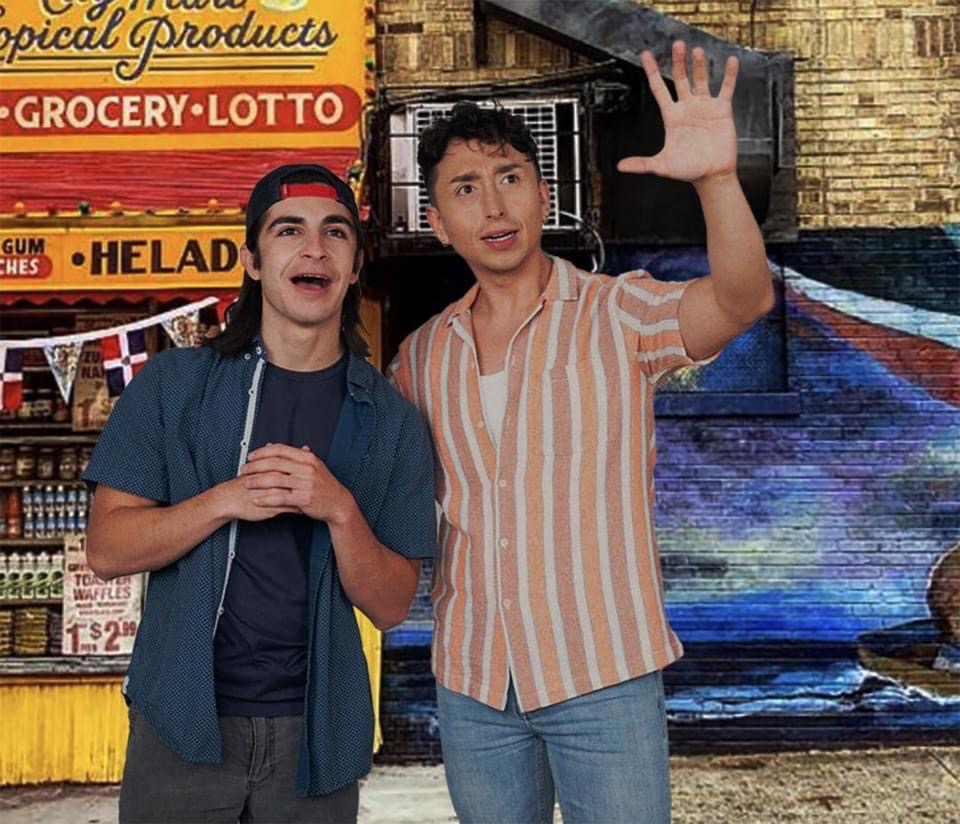 Falling in love with the Music

When rehearsing a musical, especially one that is so song heavy as this one, the norm is to start with the Musical Director (MD) teaching the big group numbers first. These tend to be the most complicated, so the earlier they become second nature, the better. After that, throughout the first week, time is scheduled for duets, group numbers, and solos.

There is definitely something extremely special about the music of In The Heights. As a Puerto Rican actor born and raised on the island, my heart flutters when I hear the sounds of Salsa, Merengue, and Bachata featured in the score. They take me straight back home to Rio Piedras, Puerto Rico. The interesting aspect of this show is the blend of Urban Hip Hop, R&B, and Rap with the traditional Latin sounds, adding to the unique flair of the show.

As we learn the opening number, heads bop, feet tap, and fingers snap. We are jamming together, and it feels right. “Damn! We sound good!” is the general vibe in the room.

The MD continues to plunk out parts, while most of us are recording them as audio files to study later on. This will always remind me of my choir days, going over a tough harmony part until it’s embedded in my brain forever. Thankfully, it was those days that helped me develop an ear for tight harmonies and dynamic ensemble singing. 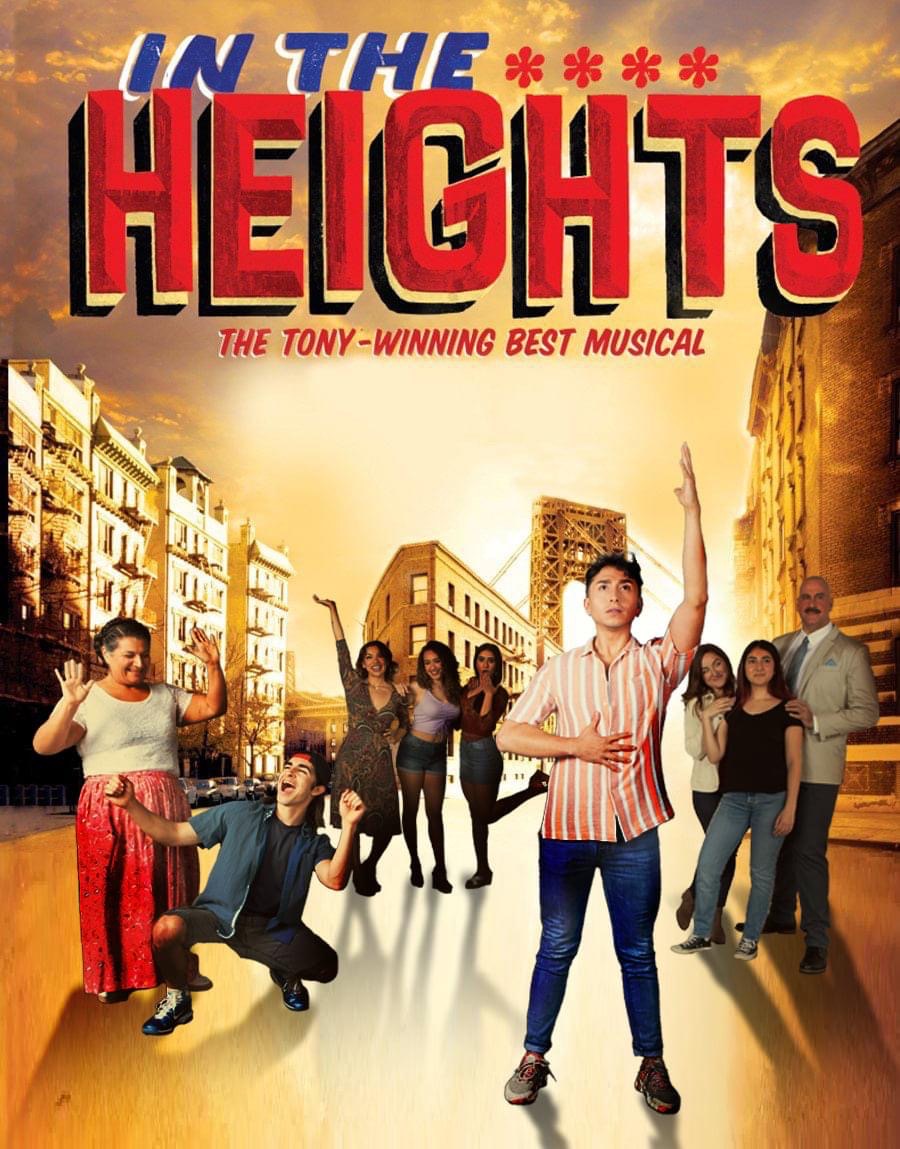 In The Heights is a show about family, immigration, and culture. It is exciting for a LatinX cast to tell the story because it hits close to home for most of us.

As I study the script, I continue to find typical Spanish phrases that give particular identity to the text. “¡Fó!” which is our version of “Ew!”or “Barrio”, another word for “Neighborhood”.

Once we start getting to know each other as cast members, we build a bond, a familia. We are united by our cultura, our culture. Most of the actors are native Spanish speakers, adding value and authenticity to the show. “I have a feeling this is gonna be a good one.” 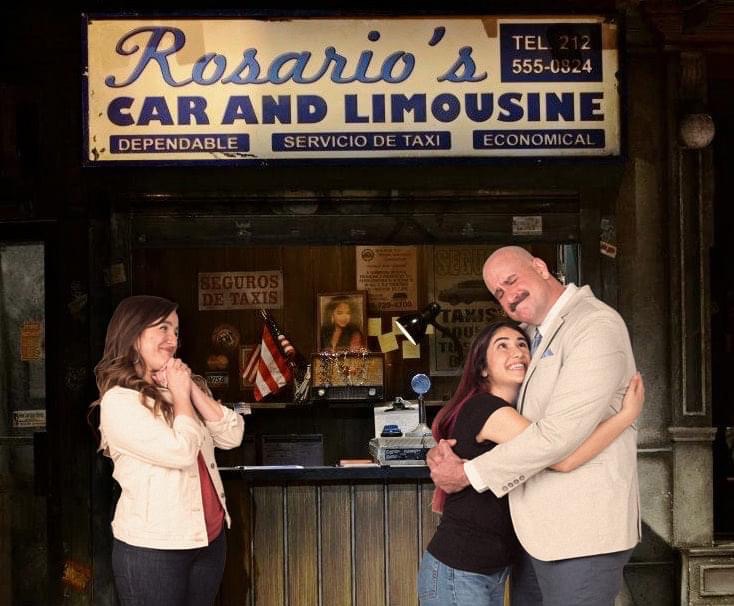 Kevin Rosario, from Arecibo, Puerto Rico, is the owner of a taxi and car service struggling to survive in Washington Heights, New York. He is a husband and father, the provider of the family.

How do I relate to this character? Simple. My own father is to this day, at 66, works 10-hour days to make sure every member of our family has everything we might need. This story is repeated throughout Latin culture all over the World, and I have the chance to represent these heroes.

The process of finding characters’ back stories is one of my favorite parts, because it adds depth and layers that help the audience understand who we are, and why we carry out certain actions within the plot.

Alongside Colombian actor Daisy Martínez, playing my wife Camila, we sit down and answer questions about these characters. Where did we meet? How long have we been together? What’s our favorite dish? Any specific traditions we follow?

All these mold the palpable chemistry on stage, not only of how we communicate with each other, but how we relate to other characters in the show.

Carlos Mendoza, Director of the show, starts putting all the puzzle pieces together after we’ve learned all the music. Luckily, this is the sixth time he has directed this particular show, so we benefit from being led by someone who understands how the audience will react to the text, and what acting choices work.

The next few weeks, we block the entire show in the rehearsal studio, get fitted for costumes, then move to the Theater after most of the set pieces have been built to piece it all together. We have a show!

Bump in the Road

During Tech (the week that we add technical elements to the show), 4 cast members tested positive for Covid-19 so they were out for a week. Unfortunately, I tested positive as well a few days ago, which means I will miss our first three shows, but I will be back stronger than ever as soon as possible.

Show must go on

Despite all the roadblocks we’ve encountered during the rehearsals of this production, the resilience of this talented company, much like the LatinX community, will prevail. Our story will be told. No pares, sigue sigue. Paciencia y Fé.

“In The Heights” is presented by San Diego Musical Theatre with performances May 6 through June 5, 2022. Tickets and info: sdmt.org