For nearly two decades, legendary Black Trans Elder Tracie Jada O’Brien has utilized the annual Transgender Day of Empowerment celebration to uplift Trans excellence in the community. It has been my honor to serve on the Trans Day of Empowerment Planning Committee with her for over a decade and to watch the event grow through her vision and stewardship. In fact, the event has grown to become a meaningful entry point for allies in San Diego who wish to stand in solidarity with their Transgender community members, often drawing standing-room-only crowds to the San Diego LGBT Center’s auditorium for that first Friday in April. This year was no exception.

Despite only being able to meet virtually for planning meetings this year, Tracie and the other members of the Trans Day of Empowerment Planning Committee have effectively rallied support for Trans community members once again and carefully planned a one-hour program that shared stories of Transgender resilience and achievement.

In early planning meetings, community planning members were unsure how much we could raise during a pandemic when so many in our community were facing unemployment, furloughs, and health struggles exacerbated by COVID-19. But as the phenomenal applications poured in asking for support for the Tracie Jada O’Brien Transgender Student Scholarship Fund, we put out a call for help, and the community responded! Not only did many community members continue or increase their support of the scholarship fund, but many new donors stepped up to the plate; however, by March there was still a gap to fill to fund all the qualified student applicants. 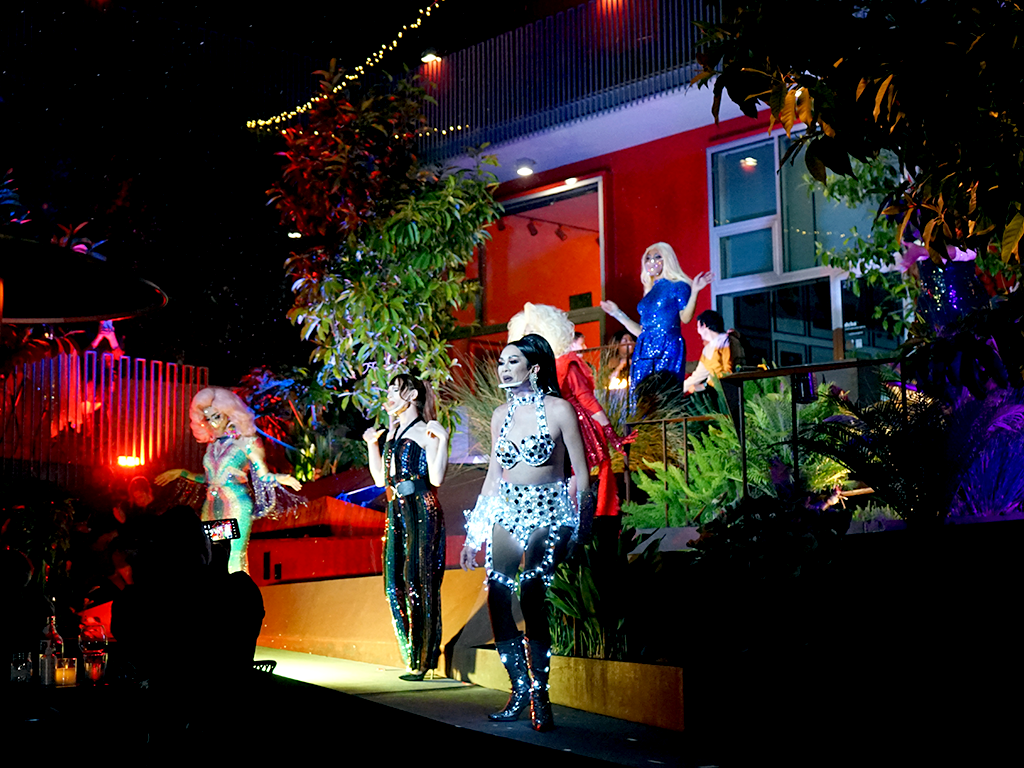 San Diego Pride Executive Director Fernando Z. López decided to team up with Paris Sukomi Max and InsideOUT to create an event as an extension of their annual birthday fundraiser. They hosted a two-night drag fundraiser featuring some of our favorite local drag entertainers: Keex Rose, Ella Mentry, Kickxy Vixen-Styles, Naomi Fierce, and Razzle Dazzle Richards. The event brought in thousands of dollars in support.

With this outpouring of community support, the Trans Day of Empowerment Committee was able to award 28 scholarships of $500 each this year to some outstanding Transgender and gender non-conforming students from San Diego! This year’s cohort of scholarship recipients are studying everything from chemistry, to law, to nursing, and car mechanics. They are dreaming of careers as social workers, marketing professionals, community organizers, public defenders, clinical psychologists, and college professors. Despite the challenges they have faced this year due to the pandemic, to gender dysphoria, and to transphobia, they have maintained their grades; in fact, this cohort has a collective GPA of 3.4. Many have continued to give back to their community through volunteering, one by leading their school’s GSA, one by tutoring their peers, some volunteering at Pride and other nonprofits through their youth programs, and one student of car mechanics gave free oil changes to their Trans and GNC siblings. In the fall, they will be attending schools up and down the state of California, from UC San Diego and SDSU to UCLA and UC Berkeley. Their scholarships give not only monetary support, they are also a signal to these accomplished students that their community has their back and is cheering them on through any difficulties they might face. 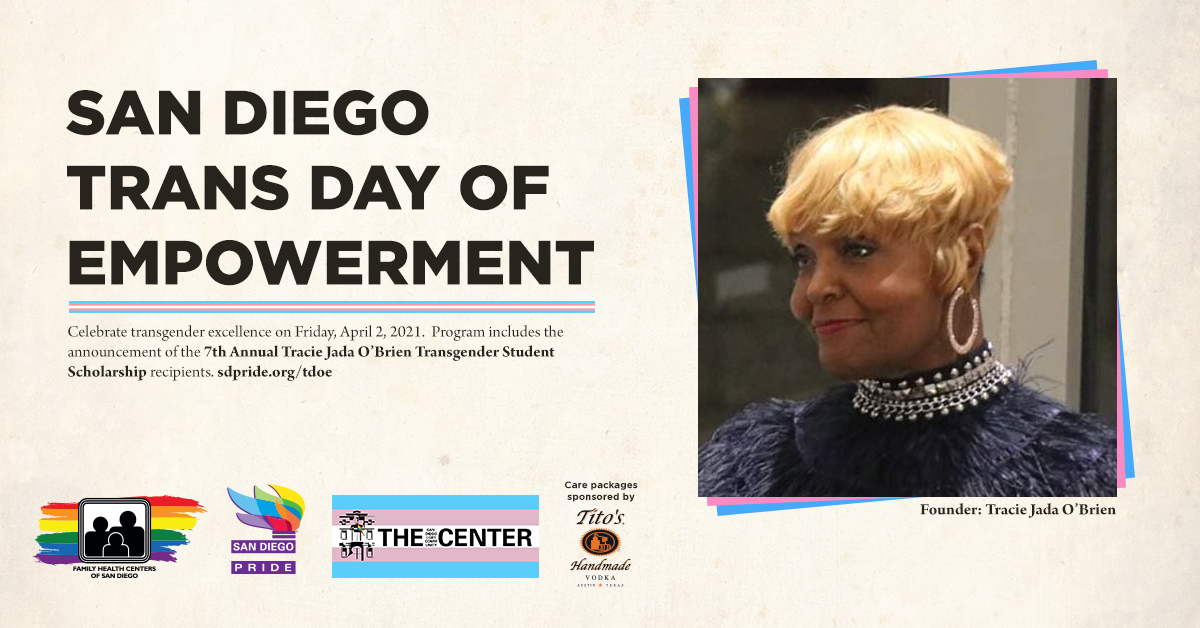 It is inspiring to think that what began as a grassroot effort to give three scholarships a year just seven years ago has blossomed into something much bigger. Since 2014, the Tracie Jada O’Brien Transgender Scholarship Fund has awarded 121 scholarships totaling $60,500.

However, the commitment of the Trans Day of Empowerment Committee did not stop there. They also wanted to do something uplifting for the general Transgender and gender non-conforming community members. They decided to offer care packages, which included a grocery gift cards and other personal protection items. They put out a call for donations, and our Transgender allies at Tito’s Handmade Vodka gave a gift of $5,000 so that 100 Transgender and gender non-conforming community members could receive a $50 grocery gift card, hand sanitizer, face masks, and UV sanitizers on the morning of the Trans Day of Empowerment event from the San Diego Pride offices.

If you didn’t tune in live, we invite the community to continue to show their support of our Transgender siblings by watching the San Diego Transgender Day of Empowerment recording at https://www.youtube.com/watch?v=xtycMWeGbHM

where the names of the 7th annual Tracie Jada O’Brien Transgender Student Scholarship recipients were announced. In addition, during the hour-long program, we also heard from inspirational speakers including Achi Vazquez (She/Her/Hers), founder of House of Resilience; Paige Coe (They/Them/Theirs) of the San Diego Black LGBTQ Coalition; and Autumn Sandeen (She/Her/Hers), Navy veteran and community activist.

Lets kick off the weekend with a Kiki. In the Doll

On the latest Life Beyond Therapy, Michael Kimmel

Connor Maddocks wants to tell all of us what commu

Meet Charles Brown in this weeks Big Mike and Frie

7th Annual ‘The Crow Show’ at The Studio Door