It would have been easy enough for San Diego Mayor Kevin L. Faulconer and his wife, first lady Katherine Stuart Faulconer to step back and say the push for LGBTQ equality wasn’t their fight.

The only Republican mayor of a major U.S. city and his wife, a successful businesswoman in her own right, could have easily stayed silent on the struggles of the LGBTQ community and fit the narrative of the national party.

But they wrote a different story instead.

On occasion, the Faulconers have been on a sparsely inhabited political island by being outspoken allies to the LGBTQ community, while also being some of California’s most prominent Republicans.

Within weeks of his inauguration in 2014, Faulconer became a co-chair of the national Mayors for Freedom to Marry and, just a year later, the first lady became a co-chair for a task force to create San Diego’s first AIDS memorial.

While there was celebration at each milestone, the Faulconers still faced criticism from all sides.

Hardline conservatives attacked him for being a Republican in name only. Pockets of local liberal leaders whispered their doubts about his authenticity. But it didn’t deter the Faulconers from continuing their support. If anything, it galvanized their resolve to keep fighting for LGBTQ inclusion and equality.

Mayor Faulconer raised the first Pride and transsexual flags at City Hall. Katherine Faulconer put together a benefit concert featuring the B-52s that raised thousands of dollars for the future AIDS memorial. Their children joined them year after year to serve meals to those who had been rejected by their families at the Scott Carlson-Dan Ferbal Thanksgiving Dinner.

“San Diego’s first couple has not only ‘talked the talk,’ but consistently ‘walked the walk’ of supporting issues of importance to the San Diego LGBTQ+ community and advancing equality for all San Diegans,” said Robert Gleason, longtime LGBTQ activist and CEO of Evans Hotels.

The Faulconers have used their local positions as a platform to advocate for issues that reach beyond San Diego’s borders.

The Federal Equality Act was approved in the House of Representatives with eight Republican votes in May 2019. The act would prohibit discrimination based on sexual orientation and gender identity in areas such as employment, housing and the judicial system.

So to kick off Pride Month in July 2019, Mayor Faulconer stood alongside community leaders to announce his support of the Equality Act in spite of the long odds of the bill being heard on the Senate floor.

Fernando Z. López Jr., the executive director of San Diego Pride, said he was honored to stand with the mayor for the announcement.

“At a time when our nation stands divided along party lines when it comes to supporting the LGBTQ community, our Mayor Kevin Faulconer has shown that supporting LGBTQ equity and liberation are nonpartisan moral imperatives,” Lopez said. “Over the years, our mayor has stood for marriage equality, supported Pride, addressed our community at times of celebration and crisis, and has helped to drive forward the work and fundraising for San Diego’s first permanent AIDS memorial alongside his wife Katherine.” 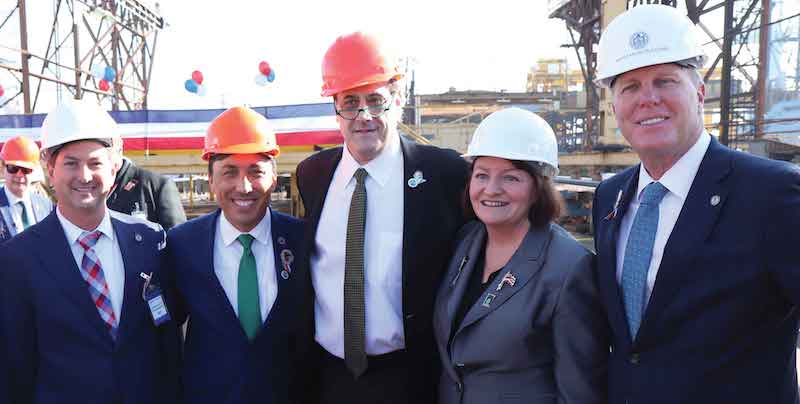 Mayor Faulconer is a major supporter of the building of the USNS Harvey Milk, and Katherine Faulconer is honorary chair for the Imperial Court de San Diego Charity Ball. Mayor Faulconer has also taken a strong stand against discrimination and violence against the transgender community He has appointed more LGBTQ San Diegans to city commissions, including transgender appointments, than any previous mayor.

The entire Faulconer family attended the vigil in Hillcrest in honor of the victims of the Pulse nightclub massacre in Orlando, Florida.

Though Mayor Faulconer has 11 months left in office before terming out, he and the first lady have said they know that the fight for LGBTQ equality is far from over. They have pledged their commitment to creating a more inclusive and just society.

Given the Faulconers’ unwavering support of the LGBTQ community for many years, it should be no surprise that they are LGBTQ San Diego County News’ Allies of the Year. 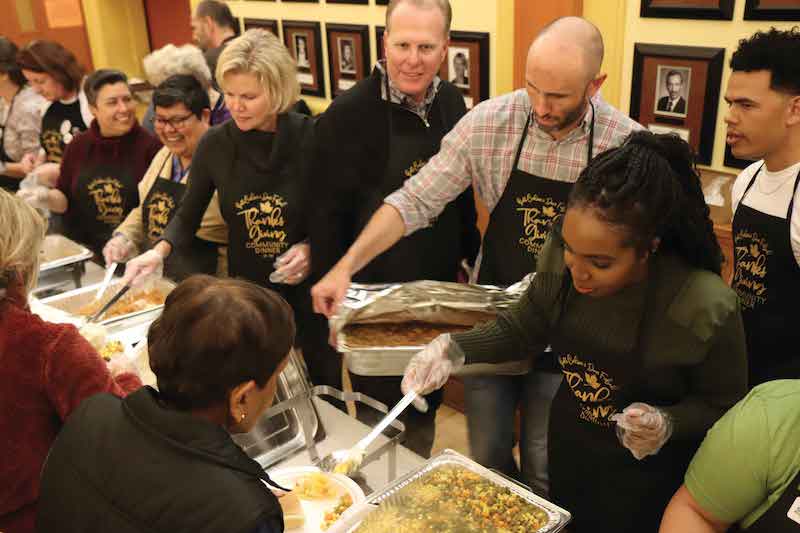