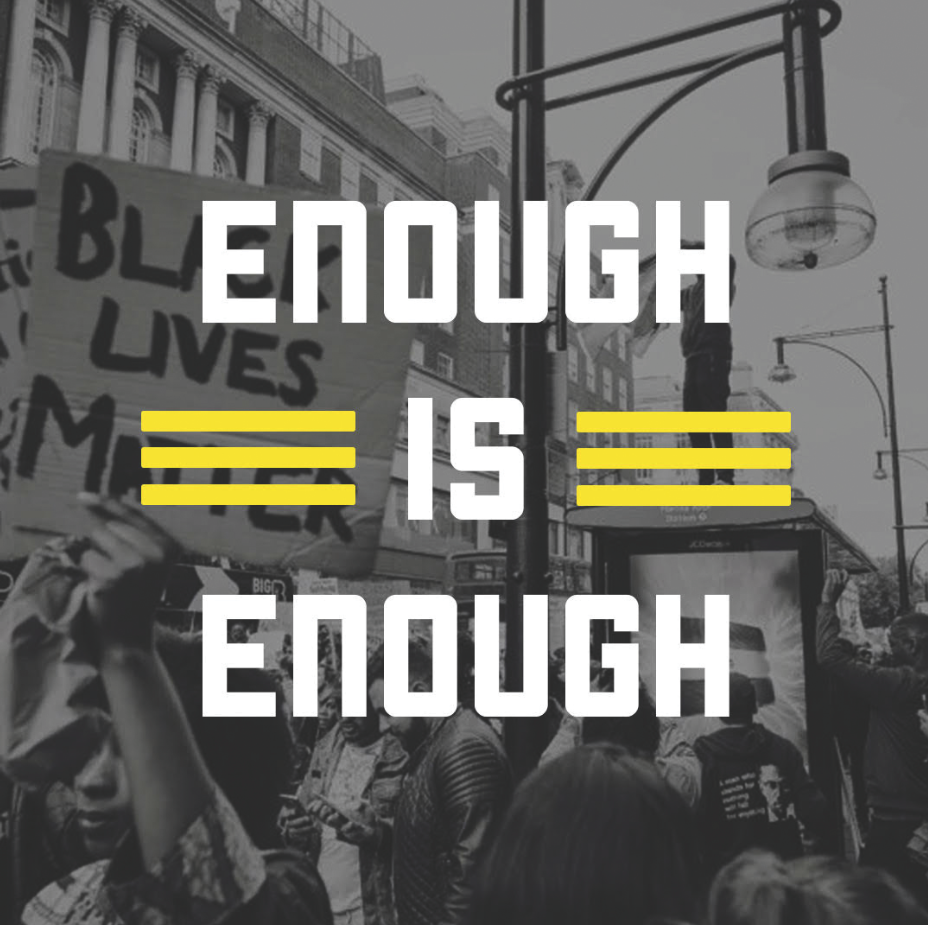 This article was originally published on PuzzlePiecesMarketing.com on June 9, 2020

As a Black-owned business, it’s very important to us how organizations are responding to recent events spiraling from the blatant murder of George Floyd by the Minneapolis Police Department. We’re paying close attention to public statements taking a stand against racism made by organizations with whom we partner, and those that have wanted our business and/or our membership. Some of these statements are weak, downright offensive, or just don’t exist.

Failing to say or do something isn’t OK. If it’s too hard to take a stand against racism and say that our lives matter, you’re sending us the message that our money doesn’t either. In seeing either the lack of support from the community or vague statements that have a huge “BUT” which follows with something like “Blue Lives Matter” makes it very obvious that there are some key points to touch on when it comes to racism in our country.

Fear of Getting Political

Fear of “getting political” or having discussions that take a stand against racism on your social media or in any of your communications is part of the problem. If you are anxious about what your peers may think about you if you stand against racism and on how intolerable racism is, then it is definitely the right time to take a closer look at your circle. There should be no reason that speaking up against what is wrong becomes a debate or infuses you with so many negative emotions.

You may have to get political if it means standing up for a human life. All lives matter will not cut it when that should already be a given. The reason “All Lives Matter” is offensive is because you are taking away the fact that Black lives have mattered less for 400 years in America. If all lives really did matter, George Floyd would not have been knelt on for almost 9 minutes by a policeman whose duty it was to protect him.

Time and time again, we have read statements that barely speak about the murder of George Floyd and all the other Black people that have been murdered. Instead, some are phrasing it as a “death” which implies that you, in fact, do not believe it was a murder.

Another slew of statements that are lacking thoughtfulness mention that they also support their local police department and the work they do each day. In making the decision to throw that into your statement, it gives the impression that you can’t just call out bad behavior and move on. You are being part of the initial problem by not allowing the statement to be about racism in our country, along with the blatant police brutality and murders against Black people in our society that have been going on for many years.

No one can expect their Black friends or colleagues to be the spokespeople for the topic of racism, nor should Black people have to educate others on the history of racism against Blacks in America. When you are Black, it is enough to carry the silent burden around in the midst of your non Black confidantes.

Jane Fonda has come out in support of the Black Lives Matter (BLM) Movement. She wrote on her Instagram: “My heart breaks for what’s happening, for the pain and grief and rage caused by George Floyd’s murder. And grief for his family. I beg people reading this to understand that his murder is a match thrown on the dry tinder of racism. While we condemn the acts of violence we are seeing, we also must understand that this is what can happen when people have suffered for decades, centuries and their pleas for justice have never been heard.” This statement made it very obvious where she stood immediately. She even went as far as to provide a list of books for others to educate themselves on how deep this laceration continues to hurt our entire country.

Stand Against Racism – Put Action Behind Your Words

It is not enough to only be educated on the history of America that most of us would like to seal in an envelope and send off for good. The best next step is to take action against racism, police terrorism, and civil rights violations. Famous stand-up comedienne and star of the HBO series “Insecure”, Amanda Seales, is a serious advocate for Black lives and supporting the Black community. She has recently come up with a comprehensive list of resources that range from ways to take action if you do not want to protest to some thorough social media tips when sharing, posting, and commenting.

This list of 22 Social Justice Organizations to Support Right Now can help you in your efforts to support social justice and to offer solidarity to the Black community. In our long journey to help save Black and Brown lives, we came across the Know Your Rights Camp Legal Defense Initiative which gives legal representation to Freedom Fighters and files civil rights cases against police for their terroristic acts. Donating to this cause led by Colin Kaepernick is a way to help fight for victims of excessive force by police terrorism and civil rights violations.

The Work Is Never Finished

With the layers of pain, hurt, and heartache that are being revealed more each day, the absolute least you can do is to help spread the message of how others can come together, donate, protest, and have thoughtful conversations. Now more than ever, it’s crucial when trying to eradicate these toxic systems that have been built to destroy us, that we educate ourselves and our communities. It is also crucial to meet people where they are. If you are willing, there is a way for everyone to get involved and support racial justice.

— Kristine Mason Broadus is an animal and human rights activist and an active volunteer in the San Diego community. VP & co-owner of Puzzle Pieces Marketing, an agency providing services that amplify the social impact of nonprofits and brands doing good.