With razzle dazzle and relevance

A mention of “La Cage Aux Folles” almost always includes a special pursing of the lips and at least a feeble attempt at a French accent. There is very little that is routine about this Tony Award-winning Best Musical, opening at Cygnet Theatre March 14, for a seven-week run. With a book by Harvey Fierstein and music and lyrics by Jerry Herman, the story packs plenty of pizazz that includes elaborately costumed musical numbers and a score highlighted with “The Best of Times” (a lyric with a double entendre), “Masculinity,” and “I Am What I Am” — the first act finale that has become a much celebrated gay anthem. The musical is based on the 1973 Jean Poiret play, “La Cage Aux Folles,” and not the 1978 French film of the same name, which added some characters. 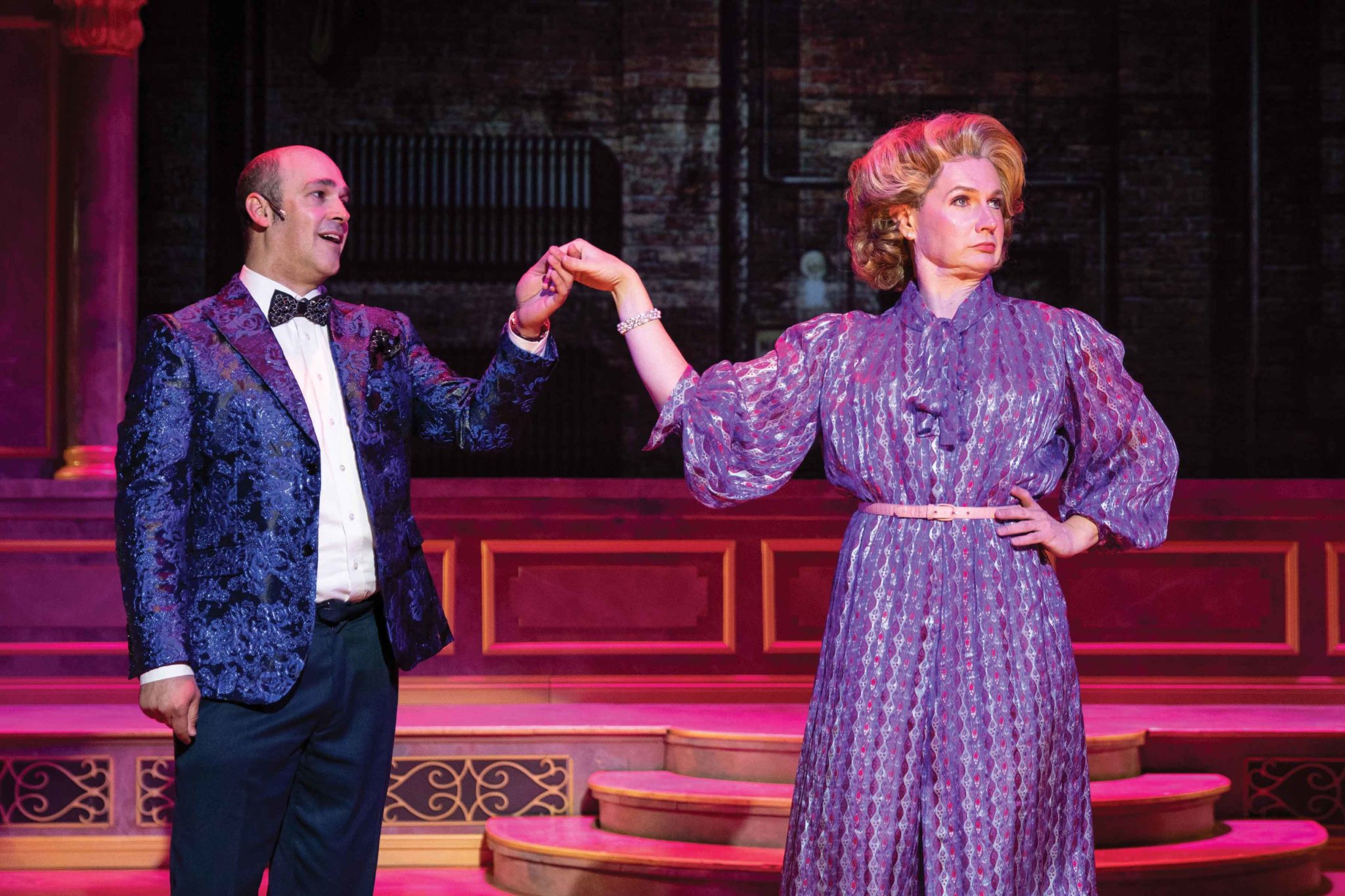 It’s a love story of un-wedded bliss between Georges and Albin, two men partnered for 20 years lovingly entangled in their family business running a drag night club in St. Tropez. Comical chaos ensues involving Georges’ son (fathered during a one-night fling) who announces his impending marriage to a fiancée with a bigoted, right-wing politician for a father. In contemporary terms, it could be a mashup of “Meet the Parents” and “RuPaul’s Drag Race.” If the storyline rings a bell, keep ringing it. The Poiret play also triggered the 1996 American comedy film “The Birdcage,” starring the late Robin Williams and Tony Award-winner Nathan Lane as the flamboyant husband who also happens to be the star drag performer at the couple’s club.

San Diego veteran actor David McBean makes the grand entrance as Albin, aka ZaZa, in the Cygnet production. During tech rehearsals earlier this week, McBean was still counting costume changes as designers perfected the look of the show and his character who is a quintessential centerpiece to the story. “Everything is that glamourous sequins and feather boas and really fun celebration of the 1970s,” McBean says, “along with the makeup and lots of eyeliner, big lashes and bright colors.” He is a seasoned performer known by San Diego audiences for his versatility and ability to transform himself for a role. Besides the camp and over-the-top glamour, “La Cage Aux Folles” and its prior incarnations have always had a vibrant consciousness of self-acceptance and a message of standing up for oneself to fight bigotry and prejudice. McBean says, “the audience will absolutely relish and appreciate what’s being represented on stage and its relevance.” The original Broadway production opened in 1983 as the AIDS epidemic was exploding across the country. The show’s successful run was an encouraging light in the darkness of fear as the gay community grappled with a dying generation and the hate and discrimination it created. In 2020, there is again a growing national fear over a very different health crisis, an unraveling of civil discourse in politics, and a new wave of discrimination against the LGBTQ community particularly with gender identity. The coincidence of similar circumstances 40 years later is not lost on McBean and his fellow cast members, who include Lance Arthur Smith as Georges, Jake Bradford as his son Jean Michel, and Cygnet newcomer Megan McCarthy as Ann, the unknowing fiancée. The production team is led by artistic director Sean Murray with music direction by Terry O’Donnell and choreographer Luke Harvey Jacobs.

If theater does indeed inspire, this production has a powerhouse of performers ready to entertain and encourage the audience. “Stepping out of that idea that how other people perceive me defines my worth, is a huge message that our children absolutely need to hear and that our queer children need to hear, in particular, as they are identified and discriminated against,” reflects McBean. He adds, “I would have loved to have seen somebody speak this when I was a child…I am who I am.”

In response to the growing coronavirus disease outbreak, a statement from the Cygnet team reports that the theater has increased already thorough cleaning protocols and is providing hand sanitizer at multiple locations on property. The statement also says in part, “our theater-going community is a warm and friendly group. Nevertheless, we encourage you to forgo handshakes and hugs and instead utilize the fabulous and thematically appropriate ‘Jazz Hands’ method of greeting. If you aren’t feeling well, we ask that you please call to reschedule your tickets. We will waive all exchange fees due to illness until further notice.”