The late Rev. George Walker Smith, who many have referred to as the “Martin Luther King of San Diego,” often called our city “the Mississippi of the West Coast,” especially during the reign of terror of former Police Chief Ray Hoobler (1968-1971). Hoobler was considered to be racist, homophobic, sexist and his police headquarters was nicknamed the “GESTAPO HEADQUARTERS” by many People of Color and Homosexual activists. You could probably count the number of police officers who were women or People of Color on one hand at that time.

During that era, the mayor of San Diego, Frank Curran, would not meet with Homosexual activists who complained of police brutality because, as he said, “there is no Homosexual constituency in San Diego” — and he was kind of right because almost everyone was in the closet since Homosexual acts were illegal in California until 1976. Chief Hoobler’s police force was completely out of control, especially in the neighborhoods with People of Color and Homosexual hang outs.

The entire City Council was made up of mostly old conservative Republican men. It was in these times of hate, criminalization, and violence toward not only the Homosexual community but also communities of color that I became a Latino and Homosexual/Transsexual activist. Homosexuals in San Diego were being harassed and beaten by the San Diego Police Department (SDPD) as well as in the Black and Latino communities. Gay couples and Lesbian couples were arrested for “lewd conduct” for same-sex dancing in Homosexual bars. Homosexual murders and robberies were never solved. Elected officials refused to meet with any of us — Tom Homann, Jess Jessop, Gloria Johnson, etc. Finally, Chief Hoobler was forced to resign in disgrace.

During this time, Jessop and I organized Homosexual protests in front of the police station and the downtown San Diego County Jail, where Homosexuals were often beaten. We organized a picket in front of the courthouse over the “cross-dressing law” used to arrest Transsexuals and Drag Queens. There was a police entrapment of Homosexual men in the May Company restroom that resulted in a Gay teacher committing suicide because at that time the Union Tribune would list the home address and occupation of Homosexuals arrested for morals charges. Jessop and I led a demonstration and picket of both the May Company in Fashion Valley and the San Diego Union Tribune headquarters, which received wide press coverage.

Bill Kolender became police chief (1975-88) and under his tenure, and that of his successor Police Chief Bob Burgreen (1988-93), the building of police relations began with the LGBTQ+ community. Also, when Mayor Hedgecock was elected (with major Gay backing and money), the City Hall doors were finally opened to the LGBTQ+ community and the first two openly Homosexuals were appointed to city commissions and boards. Mayor Roger Hedgecock actually gave out a Human Rights Day City Proclamation during our Pride weekend, which was a major step forward from 1974 when Vietnam veteran Jess Jessop, attorney Tom Homann and I tried to get a permit for a Gay Pride Parade from the SDPD, which they refused and stated, “there will never be a Gay Pride Parade in San Diego.” It was Chief Kolender who established the first Gay Police Liaison Committee, which included Fred Scholl, Susan Jester and me. It was Chief Kolender who, in 1987, appointed Black and heterosexual police officer Matt Weatherby as the first official liaison to the LGBTQ+ community. It was also under Chief Kolender that John Graham became the first openly Gay police officer to come out. And during Chief Kolender’s tenure, the San Diego Police Memorial, which stands in front of the police station now on Broadway downtown, was dedicated. And it was at the Nicky Awards in 1987 that a donation for the police memorial was given to the SDPD from the LGBTQ+ community and acknowledged by Chief Kolender at its dedication, which I attended. One time, when Chief Kolender and I had lunch, I asked him why he had reached out and established a relationship with our LGBTQ+ community? He replied, “Nicole, I am Jewish. Do you think I don’t know about hate and discrimination?”

In 1998, Sgt. Natalie Stone was the first Lesbian police officer to come out and was appointed as liaison to the LGBTQ+ community. One day, I got a call from Deputy Chief David Bejarano, who was one of two finalists to become chief of police. He wanted my support and endorsement and to call the mayor and council members. I said I would if he promised to appoint a LGBTQ+ advisory board and attend a reception with LGBTQ+ leaders and business people held at the home of Gene Burkard. He said he would and he did. Bejarano became the first San Diego police chief of Color, and I served as the chair of his advisory board. The first LGBTQ advisory board to the mayor of San Diego was established by Mayor Maureen O’Connor and I was elected its chairman. She also became the first mayor to walk in a San Diego Pride Parade and Chief Kolender also became the first police chief to walk in the parade followed by every police chief after him.

During Police Chief Bob Burgreen’s tenure, the Boy Scouts told the El Cajon Police Department to remove an openly Gay police officer from the then-Police Explorer Program. Chief Burgreen supported the Gay officer and pulled the SDPD out of the Boy Scouts program and he also stood by the El Cajon Police Department, which stood by their openly Gay police officer. The mayor of El Cajon that year was honored at the Nicky Awards.

The LGBTQ+ community and I have worked with Police Chief Jerry Sanders (1993-99), Chief Bill Lansdowne (2003-14), Chief Shelley Zimmerman (2014-18) and they have all had good relationships with the LGBTQ+ community.

The SDPD has more openly LGBTQ+ police officers than ever before with many still in the closet by their choice. I have personally dealt with the last eight San Diego police chiefs and yes, there has been anti-Gay incidents but fewer and fewer. There is now LGBTQ+ sensitivity training at the Police Academy and Sgt. Christine Garcia is the department’s current liaison. 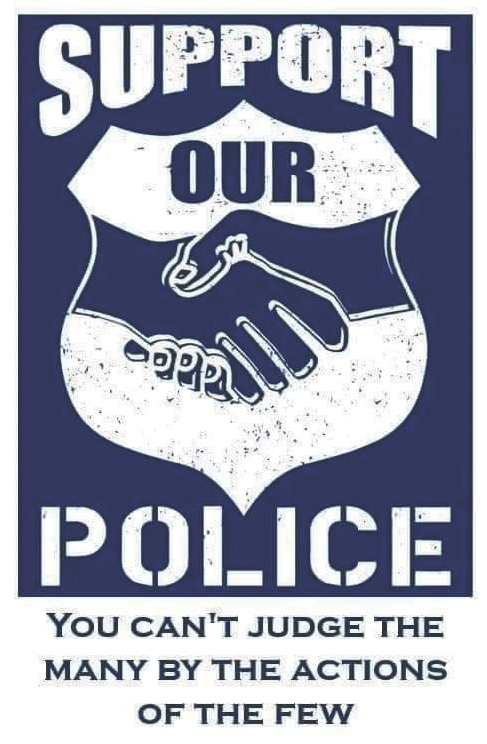 Current San Diego Police Chief David Nisleit is one of our best allies and friends in the history of our city and took the time to do a “Pride Virtual Video” because San Diego Pride Executive Director Fernando Lopez asked him to.

Both Lopez and The LGBT Center’s Cara Dessert never asked to meet with Chief Nisleit before they issued their latest anti-police position. Last year, Lopez wrote a letter to Chief Nisleit and Sheriff Bill Gore asking them either not to have a law enforcement parade contingent or not to wear their uniform. The board made Lopez rescind the letter and apologize.

Dessert has not met with Chief Nisleit since December 2019 and has never requested to. Both say San Diego Pride and The LGBT Center never even held a community town hall meeting to invite LGBTQ+ San Diegans for their input.

I am absolutely in support of Black Lives Matter and my 50-year relationship and support of the African American community is a solid record dating back to the 1960s. I will continue to work and support better relations with the SDPD and police policy changes. I currently serve as the chair of the Sheriff’s LGBTQ Advisory Board and co-chair of the mayor’s LGBTQ Advisory Board.

I am proud to say I went to the first Black Lives Matter San Diego demonstration held downtown in front of the federal court building as well as the annual ceremony that same year at the San Diego Police Memorial on Broadway honoring police officers killed in the line of duty.