Established in June of 1985 by LGBTQ triathletes Mark Wussler and Bart Hopple, DSST began as a training ground for San Diego swimmers looking to compete in the second Gay Games in San Francisco. Since that time, the team has not only grown but continues to thrive and embed itself deeper into the San Diego and swimming communities.

To celebrate this milestone, the team is focusing on its foundations and fine-tuning the things they’ve always done best: competing, giving back to the community, training, recruiting, and diversifying their membership.

This year, they’ve already hit the ground running when it comes to competition. In January, more than a dozen DSST members traveled to Las Vegas to compete in the Sin City Classic, which draws more than 8,000 participants across more than 20 sports and is currently the world’s largest LGBTQ sporting event. Of the 35 competing swim teams, DSST placed third overall and placed first among LGBTQ teams. 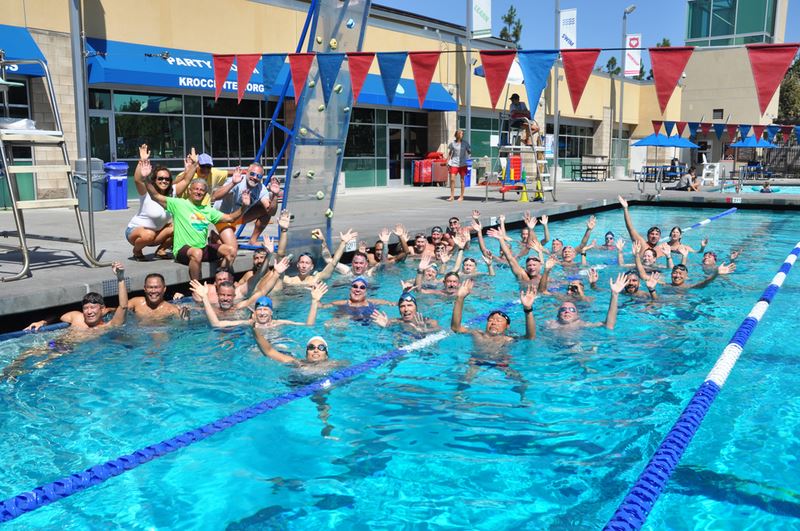 To build upon the momentum created by the team’s success in Las Vegas, DSST, under their newly elected captain, Todd MacDonald, now have their sights focused on increasing their presence in competitions. “We’re taking a fresh inventory of our strengths as a competitive team and what we have to work on. Not all swimmers want to compete. Some swim because they like the team, our social events, and our incredible coaches. There’s room here for everyone.”

In an effort to strengthen connections within the local LGBTQ community, DSST have reinvented and broadened several of their social events to include other LGBTQ athletic clubs. Most recently, DSST formally invited San Diego’s LGBTQ soccer team to be their “dates” for a Valentine’s Day social event they are hosting at MO’s. “The soccer team graciously accepted, and we’re looking forward to a fun, campy evening with them,” said DSST Social Chair Franklin Maphis.

Later in the year, they will be hosting a private bowling tournament and extending challenges to a local softball team and running club to join them in friendly competition. “We’ve made a commitment this year to develop more unity and interaction between other athletes and members of our community. Many of our members participate in multiple sports, and swimming has a lot to offer other athletes in the form of cross-training and improving conditioning,” said James Coloma, the team’s president.

In alignment with the team’s founding principles, giving back to the community remains an ongoing focus for DSST in 2020. The team has a strong history of contributing financially to community organizations. In fact, DSST broke its all-time record in contributions last year, raising funds for Mama’s Kitchen through its annual Bart Hopple Memorial Fundraiser and swim. Named after one of the team’s founders, the proceeds of this annual event are donated to HIV support organizations in his honor. This year, DSST will combine their anniversary celebration with this event in hopes of outperforming last year’s record-breaking fundraising result.

To push this commitment even further, DSST will be providing hands-on volunteer support for three community events: the AIDS Walk, The Recovery Ride, and an annual event benefiting law enforcement officers and firefighters. “We’re hoping that by being more visible in the community, we will be able to meet and attract new members and give people a better opportunity to learn about our team,” said Membership Coordinator Anselm Lee. “A common misconception is that you have to already be a great swimmer to join or feel comfortable swimming with us. That’s just absolutely not true. We welcome swimmers of all levels, and our expert coaches are familiar with how to make sure everyone is included and gets something out of our practices.”

To that end, DSST offers a “no catch,” 30-day free trial membership. In addition, in honor of their anniversary, DSST has just introduced a 50% discounted rate for students. Signing up is simple and available online at DSST.org. More information about DSST, along with videos and photos, can be found on Facebook and Instagram.

Anyone with questions about joining DSST — or about the team in general — can follow them on Facebook or Instagram (@diffstrokeswim), visit them online at DSST.org, or look out for them at Urban MO’s on Valentine’s Day evening from 7-10 pm. 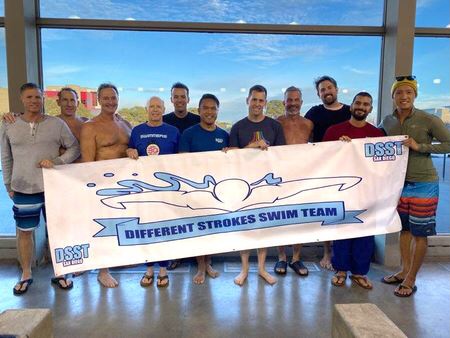 We kick off our new Artist profile series with art

In the latest edition of Conversations with Nicole

We have lost a champion for our community, civil r

The San Diego Latino Film Festival is happening no

We are getting new online content ready for you! #

Lets catch up on some entertainment in our latest

Take Care of Your Mental Health During the Pandemi