For many artists, creativity is like an internal voice that wants to be heard, to be seen and to be nurtured.  For artists John Carlos Llamas and Cam Matthews, inspiration to follow their muse springs from a desire to express themselves and connect with their community. These instincts have taken these artists on different artistic journeys.

“I translate the smile and energy of my patrons, who lovingly refer to me as the ’The Lisa Frank of Jelly Roll Pens.’”

Born in Hollywood thirty years ago, John Carlos Llamas was nominated as most talented in High School by his fellow students.  That talent came to the forefront when he shared an apartment with two creatives, DJ Paris Blohm and Tattoo Artist Jordy Conesa.

“I found inspiration from my friends.  Paris would steal away into his room for hours on end, focused on his music.  He was confident in his passion to make his dream come true,” said Llamas. “Jordy moved in with us for a few weeks and spent the entire time drawing complex mandalas. I found inspiration from their dedication to their crafts and belief in themselves.” 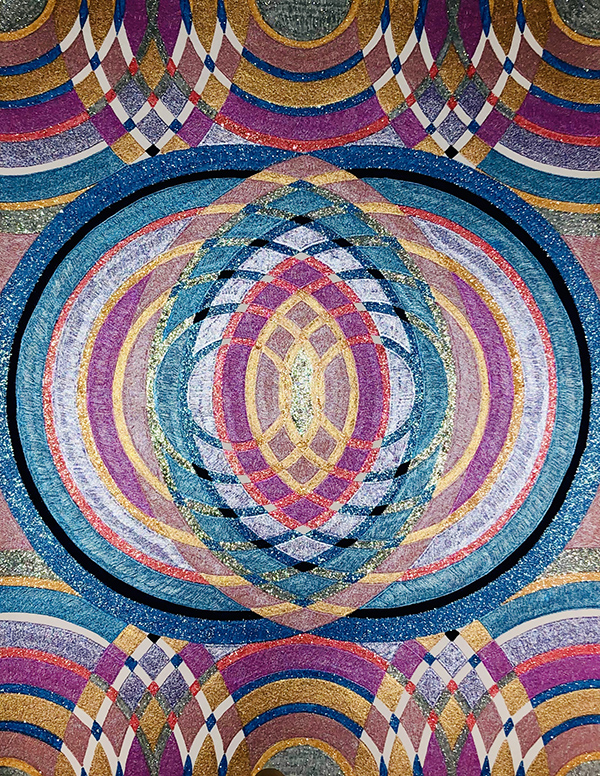 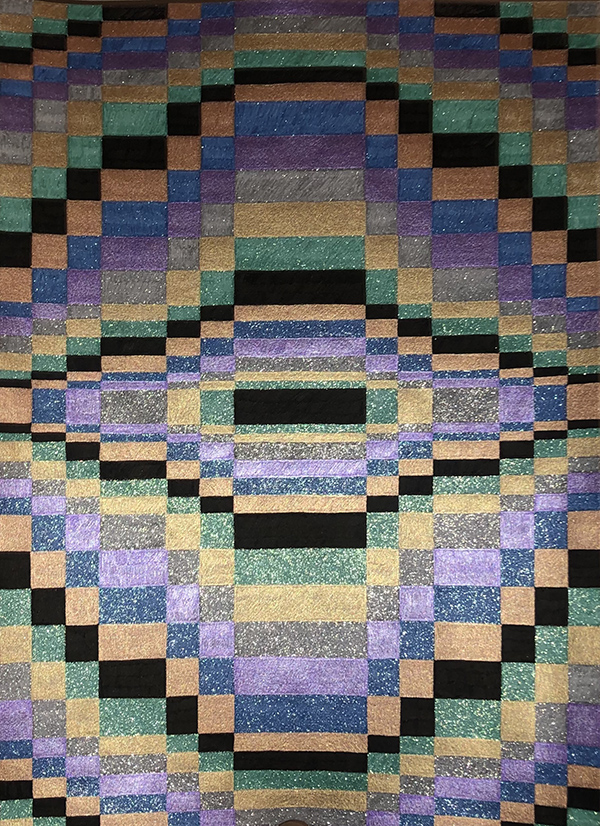 Soon an artistic practice awakened Llamas own creativity.  While in culinary school, he spent time with Jordy drawing mandalas.  This propelled him in the direction to explore the preciseness of sacred geometry, which has become central to his body of work.

Infused with the electrified energy Llamas saw in the crowds at music festivals, his body of work began to transform into visions of portals, time loops and quantum physics. These ideas are explored through his use of metallic sparkles and fluorescent colors from Gel Pens and Mylar.  As a full-time artist, commissions from his friends from Southern California and Instagram fans are driving his creative output. 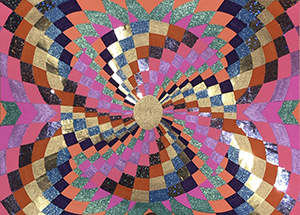 “I try to represent the person I am creating for.  I explore their energy and get to the core of what motivates them.  Then I translate that into geometric portraits.”

Llamas identifies as a Gay Cis Gender Hispanic Man with the pronouns He/His.  Growing up in a traditional household made coming out to his family initially difficult.  But over time, they have become his strongest support system. 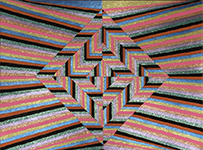 He looks to the future with optimism.  He is exploring murals as the next evolution of his work as well as potential collaborations with Boochcraft and Juneshine kombucha brewers.

“This is my soul. There are no limits. It’s an expression of my subconscious.”

Originally from the mountains of Virginia, Cam Matthews approach to art is very personal.  At twenty-eight, Matthews identifies as Queer with the pronouns They/Them. Transgenerational trauma, depression and anxiety provide a foundation for the art, which offers both a personal catharsis and an opportunity for other people to relate.

“I paint to process my feelings and emotions. None of my characters fit inside any sort of ‘box.’  None of them are exclusively male or female. Society’s gender constrictions don’t make sense.  I want people to respond to my art with a positive message about who they are and can be,” said Matthews. 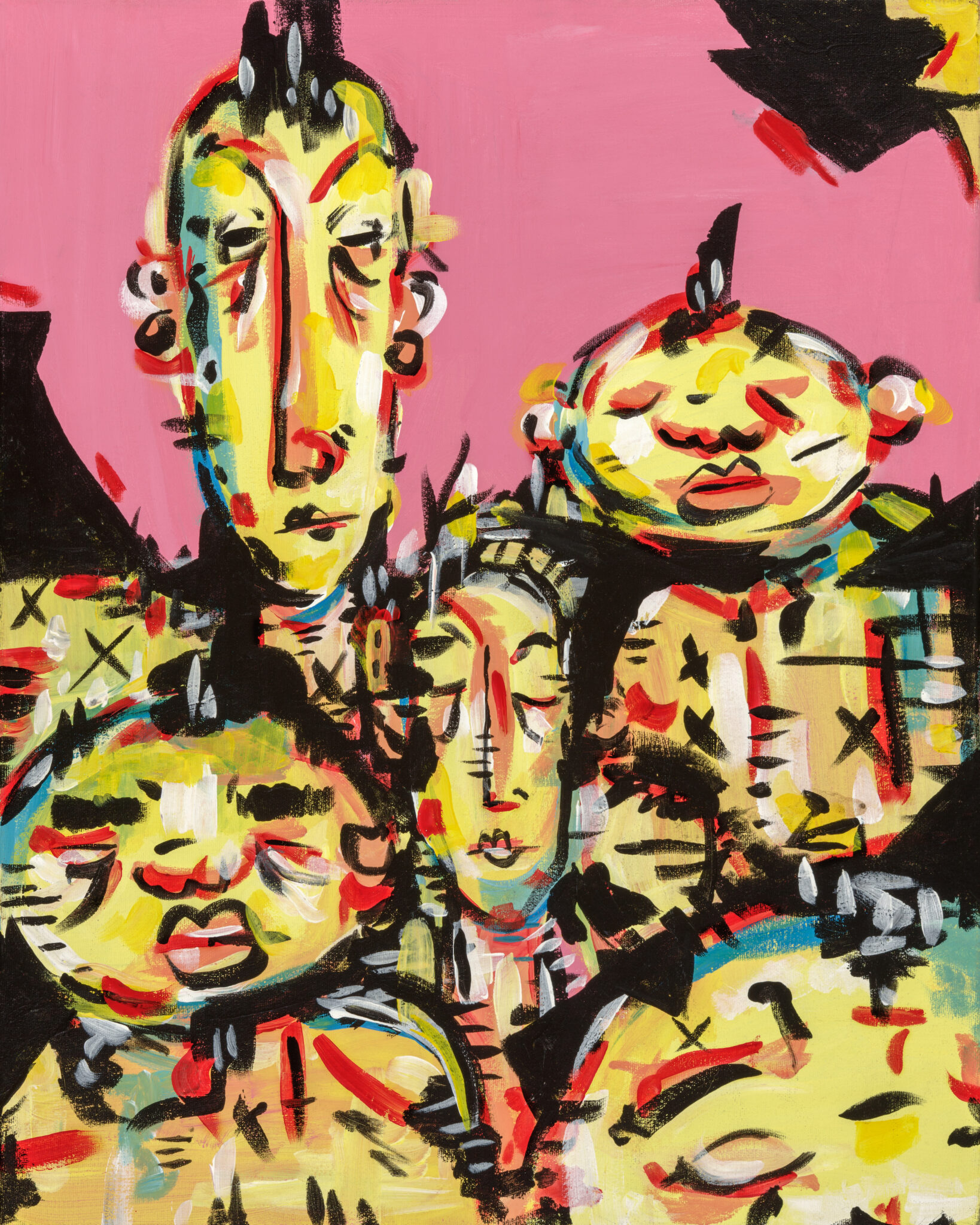 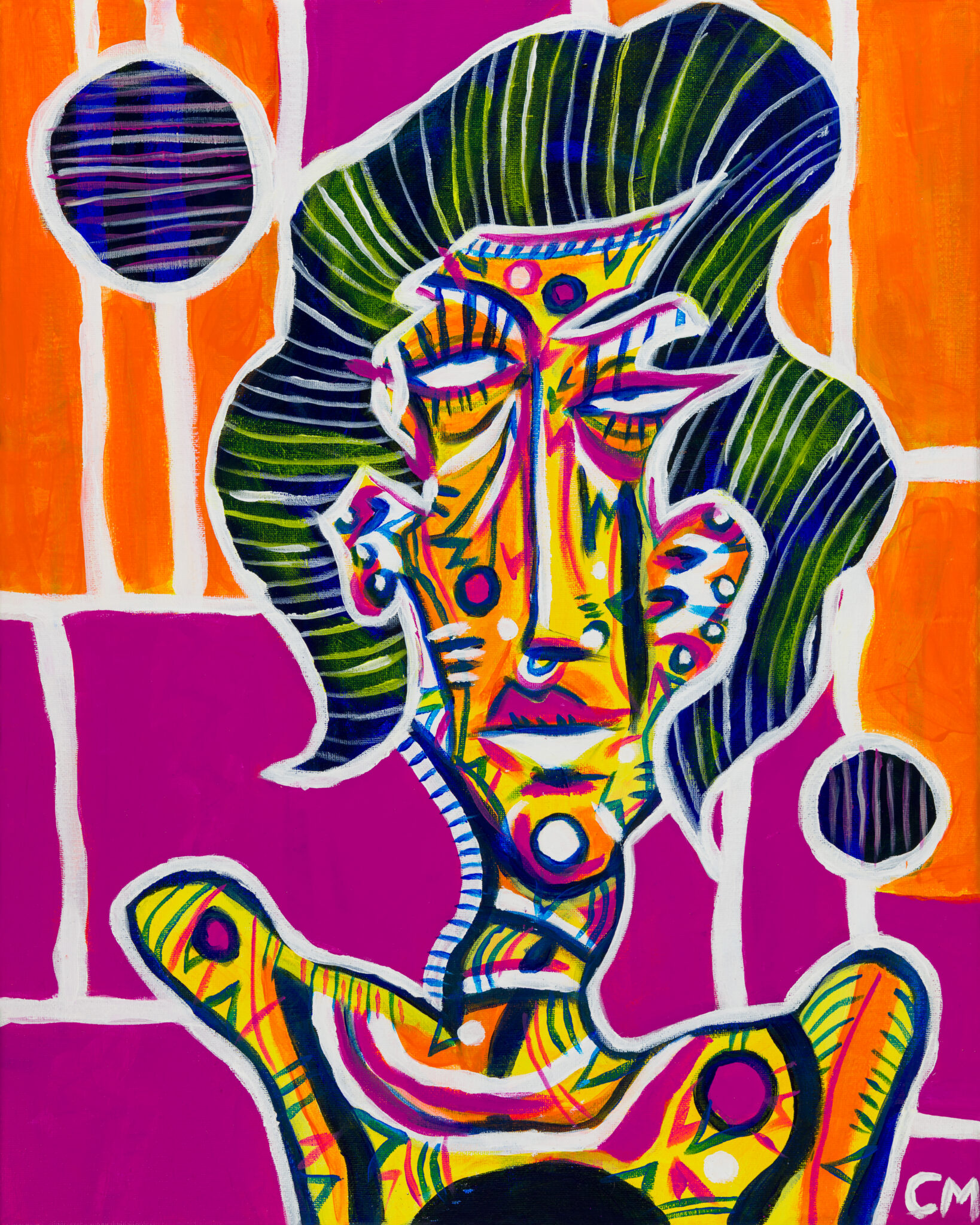 Coming out at fifteen, Matthews found a supportive family that offered an easier journey than many of their friends.  While acceptance was not immediate, the close relationship with their mother allowed Matthews to find their own creative voice early.

By seventeen, Matthews became self-aware of the complex world and started creating a version of the expressive faces that appear in their work today.  Their artist practice was steady throughout their teen years and early twenties.  Their creativity and passion were put on a standstill while studying Graphic Design at James Madison University in Harrisonburg, Virginia, where they received a Bachelor of Arts degree.  The education was counterproductive to Matthew’s creativity.  Fortunately, the fire didn’t die out but resurfaced after leaving the campus. 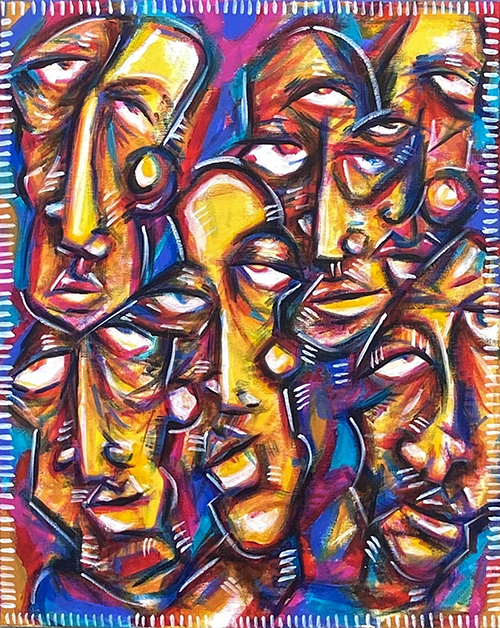 “What makes me happy as a person, as an energy entity, is doing art.  If feel like I am a better version of me, the best version of me, as I keep the creativity flowing.”

Matthews work is populated with colorful characters.  All are genderless in their appearance, for example one may appear with both a mustache and breasts.  The hope is that viewers can see themselves through the work.

Another passion for Matthews is working with children with autism, which allows for their creativity to shine. They have just started the graduate program at National University to get a Master of Science and Applied Behavioral Analysis. 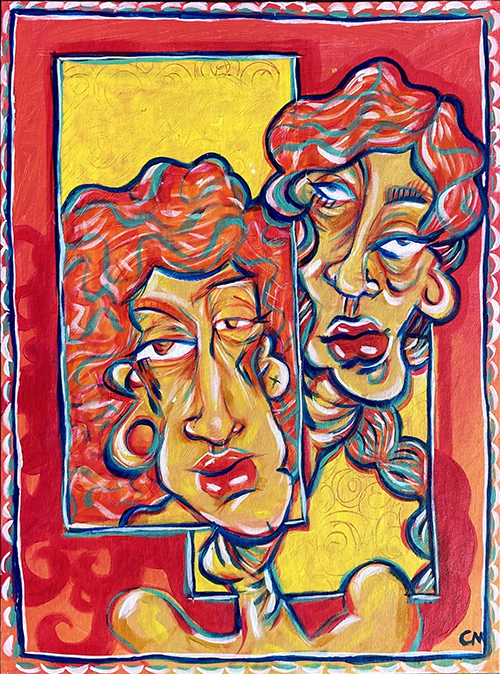 With a daily artist practice, Matthews is looking to continue selling art through Instagram.  Following exhibitions in Virginia and Colorado, their artwork is currently on display locally at 1835 Studios in Sherman Heights.

“I’m grateful for the people that have supported me by purchasing my art. It helps me reach for higher goals and inspires me to keep pushing forward.”

Cam Matthews can be found online on Instagram at @camdowncam.

Both artists featured in this issue were directly recommended by the readers of LGBTQ San Diego County News.

Patric Stillman is a visual artist and gallery owner of The Studio Door. If you are an artist in San Diego’s LGBTQ+ community and would like to be featured in an artist profile, please contact Patric for consideration at patric@thestudiodoor.com.