Balancing the worlds of psychology and artistry, Dr. Ramona Szczerba, aka Winona Cookie, playfully creates inviting worlds filled with mystical goddesses, steampunk adventurers and vintage heroines. “Art is about connections. My art wants to be seen. When it’s received, the connection is complete. As the creator, it’s a nice place to be.”

Imagine. Under the waves of water-colored oceans, you can find a trio of women adventurers traveling across the jet stream in their fantastic swimming machines. With the knowing tumble of her auburn locks, The Magician prepares to cast a spell of Tarot wisdom in the springtime blooms of the universal forest. A pink balloon effortlessly floats from the hand of a birthday girl precociously sitting at a table set for tea as she faces social distancing thinking, “Well, this bites.”

These visual delights come from the unbridled imagination of Dr. Ramona Szczerba, who regularly reinvents herself as the artist known as Winona Cookie. She is a visionary creative whose collages and illustrations are celebrated by the Lesbian, Wiccan and steampunk communities.

Born in Wilmington, Delaware, Ramona’s grandfather predicted her future profession as an artist when she received her first oil painting kit. She recalls spending many hours of her childhood decorating delivery boxes in the storage room of the liquor store where her father worked.

She graduated from University of Delaware with a double major in Psychology and English with a minor in Art. This was followed by a master’s degree in Education in Counseling and Consulting Processes from Harvard University.

When she eventually settled into San Diego to get her Ph.D. in Clinical Psychology from California School of Professional Psychology, the possibilities of life opened up for her. She rekindled her interest in art, studying with her dissertation chairperson and award-winning watercolor artist Dr. Mark Sherman in Del Mar. Ramona came out as a Lesbian and her research interests and dissertation focused on attitudes toward Gays and Lesbians and discriminatory behavior.

In 2005, she married Donna Roessler for the first time, and then again in 2008, when Gay marriage became legal in California. Ramona and Donna were traumatized when their union was revoked in California as Prop 8 passed. Fortunately, when the Supreme Court cleared the way for marriage equality, their marriage was reinstated.

During this unsettling period, Ramona found balance in her life by embracing a dual career as a clinical psychologist and a fine artist. Her body of work followed with a series of successful works including vintage collage and a female-centric Tarot.

The tactile and visual experience of collage work speaks to her as an artist. “I love the sensual feel of working with physical materials,” said Ramona. “I have such a love for handling paper, acrylic, art paper, charms and other elements that I use in my collage.”

What started as a playful experiment in collage with vintage imagery, Ramona saw her creative career take off.  Under the nom de plume Winona Cookie, her small 2-by-3-inch canvases were quickly discovered on Etsy by fans of steampunk. “Steampunk” is a sub-genre of science fiction that mixes Victorian fashion with the Industrial Revolution of Europe in the 1800s.

A highlight came when she got to see her little canvases blown up 5 to 6 feet tall as banners at the San Diego Automotive Museum for an immersive San Diego Comic-Con event that included radio-controlled dirigibles flying around her art.

Her creations and short fiction have been published in a variety of publications, including the anthology short fiction “Steampunk II: Steampunk Reloaded” and “The Steampunk Bible” by novelist Jeff Vandermeer, the author of “Annihilation (Southern Reach Trilogy).”

After the 2016 election, Winona Cookie grounded herself by moving her art into themes of female spirituality, empowerment and Wiccan traditions. She began the challenge of creating an illustrated Tarot deck. Still a work in progress, her artwork featuring strong diverse women has already captured the attention of old and new fans of her work. She even found herself in publishing talks with Llewellyn Worldwide, the independent publisher of Tarot decks and books dedicated to the body, mind and spirit. 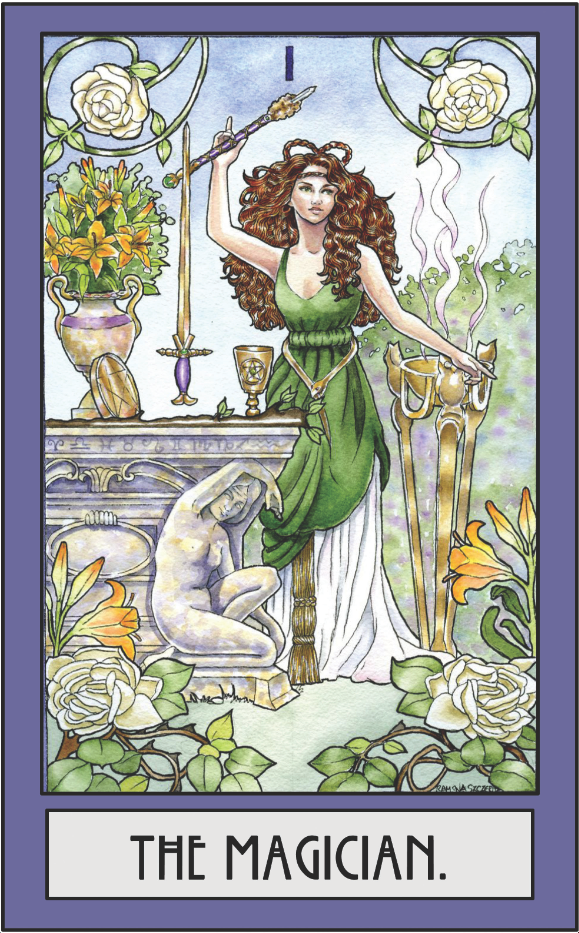 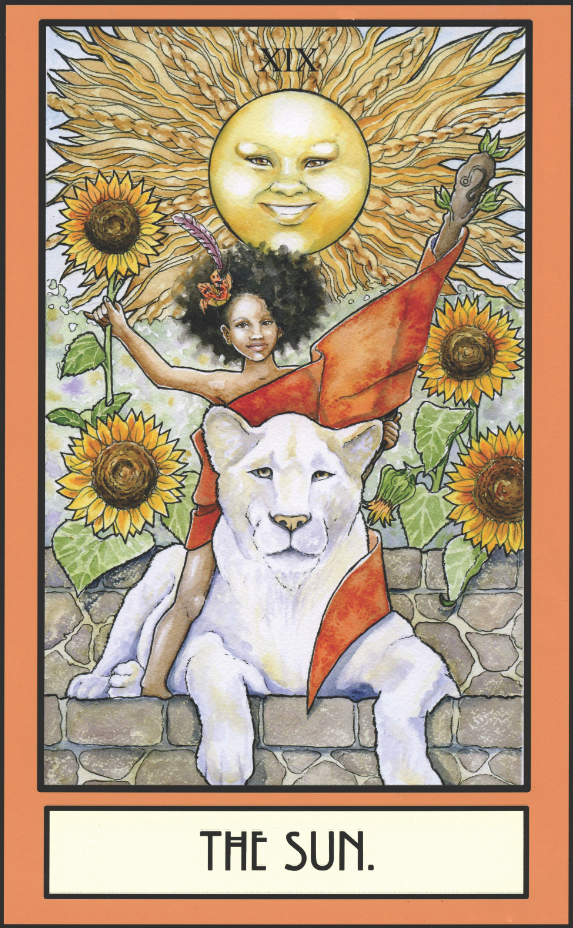 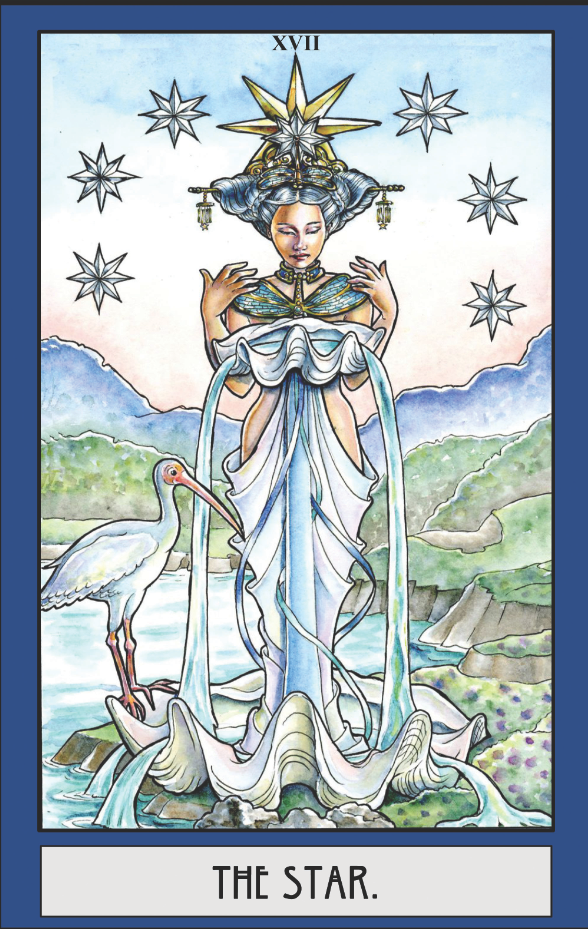 “Trying to reimagine the Tarot into an all-women deck is a huge challenge,” said Winona Cookie. “I found my own way to correspond the traditional meaning of the cards with nature-based magical elements of direction, weather, plant life and stonework. The response from the public has been healing.”

All different kinds of women began to populate her doodling. Like most creatives, she found that through the physical process of creating the work, her imagination was filled with even more ideas outside of the Tarot tradition. Taking pen to paper, she has embraced this new series of black and white line art, which will become the basis for a self-published coloring book for adults, “Magical Women.”

Winona Cookie accepts the whims of her muse. For her, art tends to reveal itself in its own time and as an artist, she follows it. She found this true with collage where she played with the images until the composition came together. Once composed, she would even create short stories to bring additional life to the images. While the work is meticulous, she always allowed the process to be intuitive. She attributes this method to all of the art that came since.

Original artworks can be found on Etsy at https://www.etsy.com/shop/winonacookie/

As her art lends itself easily to merchandise, you can even find a variety of products with her art on Zazzle at https://www.zazzle.com/store/winonacookie.

How you can help:

Taming Self-Doubt: What Would Stacey Do?