Stefan Talian was born in 1979 in the ancient Slovakian city Michalovce, named after the Archangel Saint Michael. Though he exhibited artistic talent as a young boy, it would be years before it became a central part of his life.
His early interest in art was mainly influenced by two family members who were dedicated to art professionally and as a hobby. His own art projects were highlighted by his teachers at school but he never entertained the thought of becoming an artist. There didn’t seem to be a future of it in his homeland.  Instead, he studied hotel management and culinary arts receiving a BA in Marketing before he left for the United States with a head full of dreams in 2003. 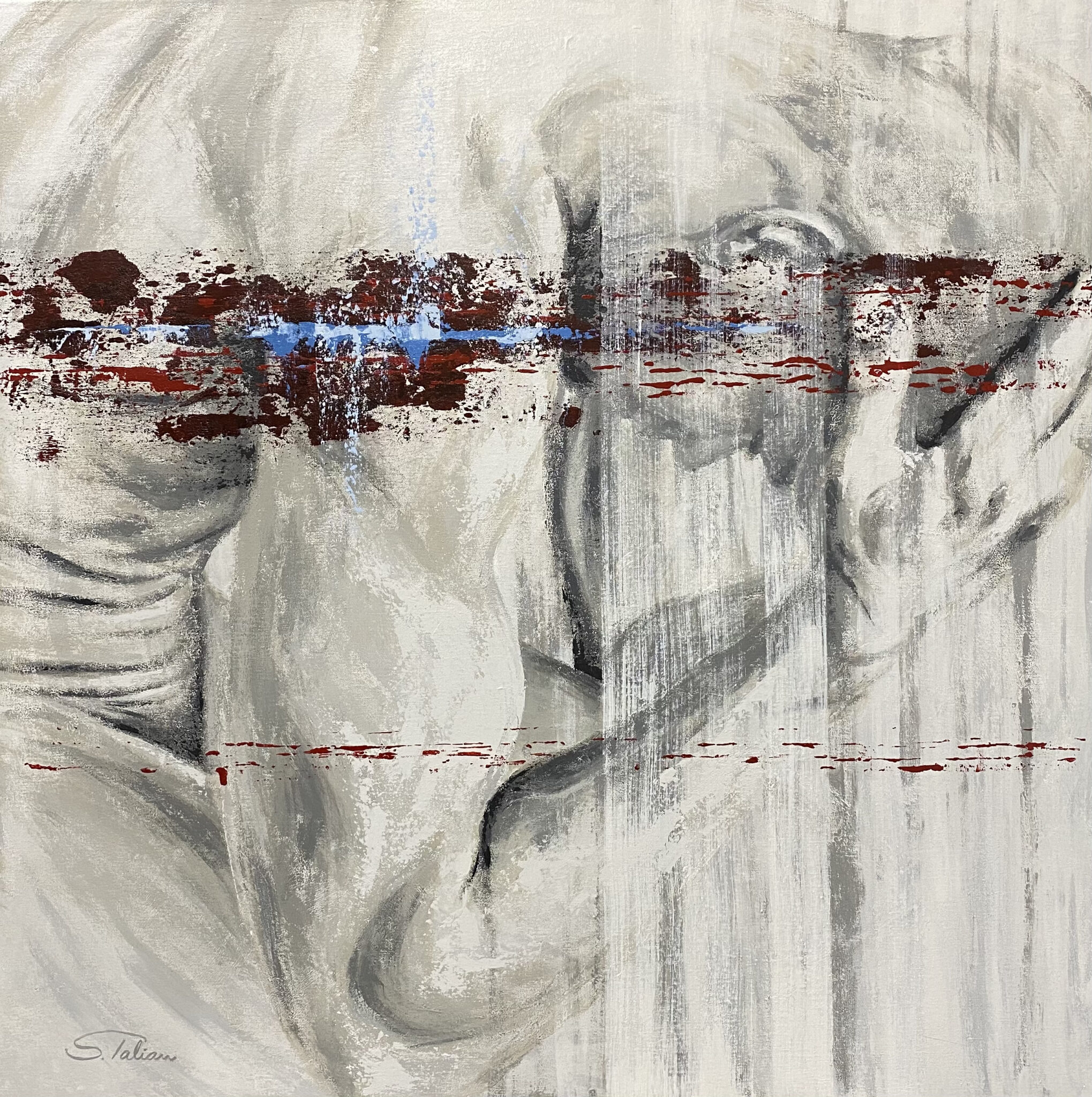 For seven years he worked as a chef in Vermont. When he wasn’t in the kitchen, he was at the gym. His passion for body building introduced him to the world of Yoga, which offered Talian a whole new perspective on health and body care. By 2009, he left the kitchen to become a full-time Yoga instructor and began to travel North America.
“I was told that I was going to love San Diego and I certainly did. From the first day, I knew that this was home. Instead of returning to the East Coast, I stayed. Unlike Vermont there were so many Yoga instructors here, but I started out teaching one day a week and began to build a new life,” said Talian.
Part of that life was an intersection of his sexuality and his creativity. As he came out of the closet, Talian found himself emotionally struggling and found support in group therapy. Someone there suggested that he write about his feelings but he realized that if he wrote in his native tongue, no one would be able to understand him. Knowing that Talian had a streak of creativity, his therapist suggested he paint his feelings.
“It was one of those pivotal moments in life that you don’t realize how important it is until much later. I immediately went out and purchased my first canvas, a brush and two tubes of paint. As I began to paint, my entire life came into focus. Coming out helped me to find a place for art in my life. That was ten years ago.” 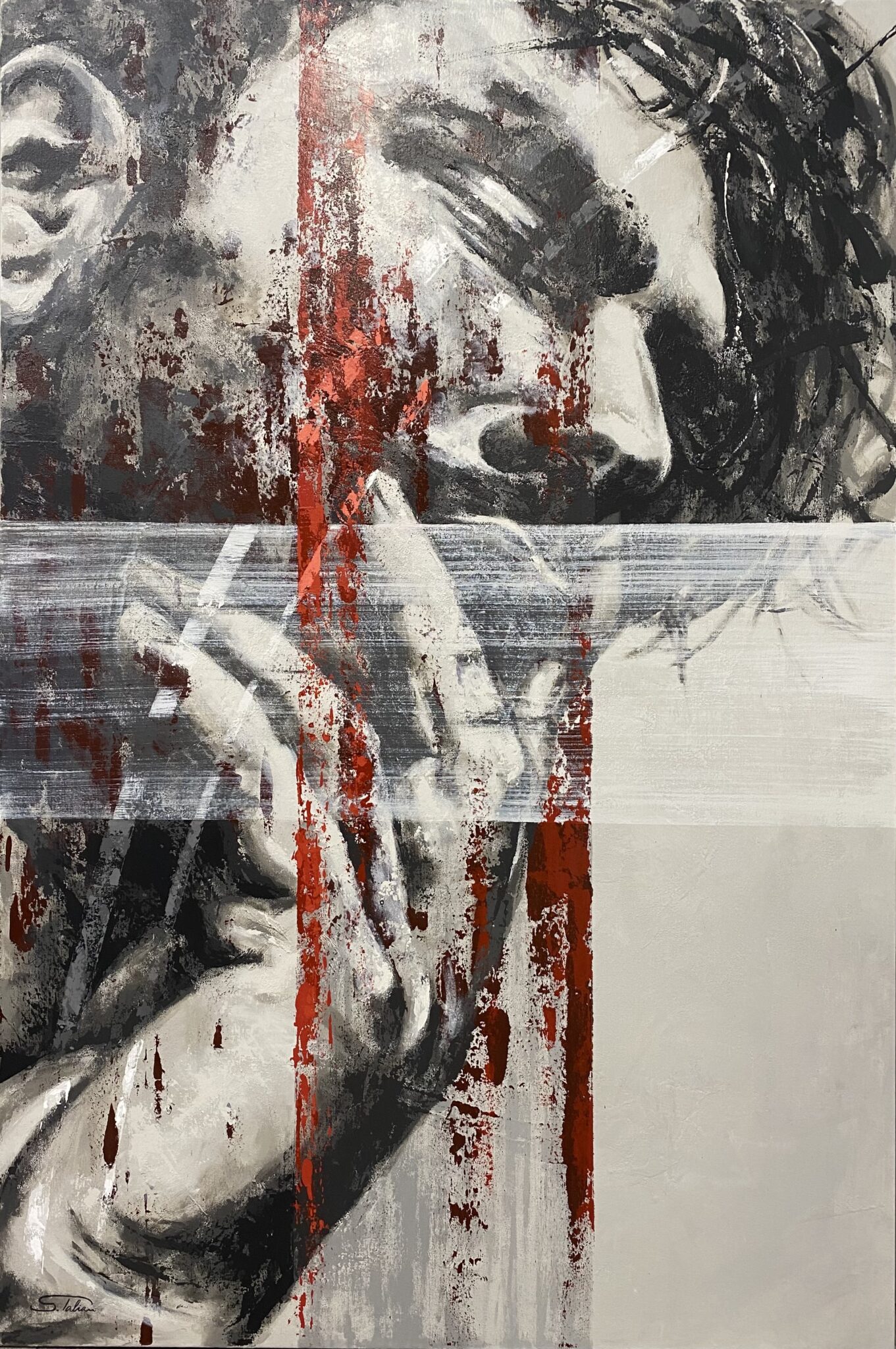 In that decade, Talian blossomed as a person and an artist. In 2015, he met Rob, the man who would eventually become his husband. A year later, he became a U.S. citizen.
“When I started to paint, I never thought about selling. I worked as a Yoga instructor by day and painted at night. It felt like a good balance. When I had 15 works, everyone I knew wanted to see what I was working on. My first exhibit was at a friend’s rooftop in La Jolla. That day was amazing. To my surprise, someone approached me to buy one of my paintings. It was like a lightning bolt. I realized that I could sell my art.”
Shortly thereafter, Talian connected with The Museum of The Living Artist (which is now known as Institute of Contemporary Art San Diego). He was accepted into a group exhibition, and he sold his second work of art. After another year passed, he moved out of his garage and took the step of getting a working studio at The Studio Door, art gallery and artist’s studios.
“I was nervous about getting a studio because it was a big commitment. I had to pay rent and make money from my art to support it, which made me feel like a professional. It turned out to be the best step in my art career.” 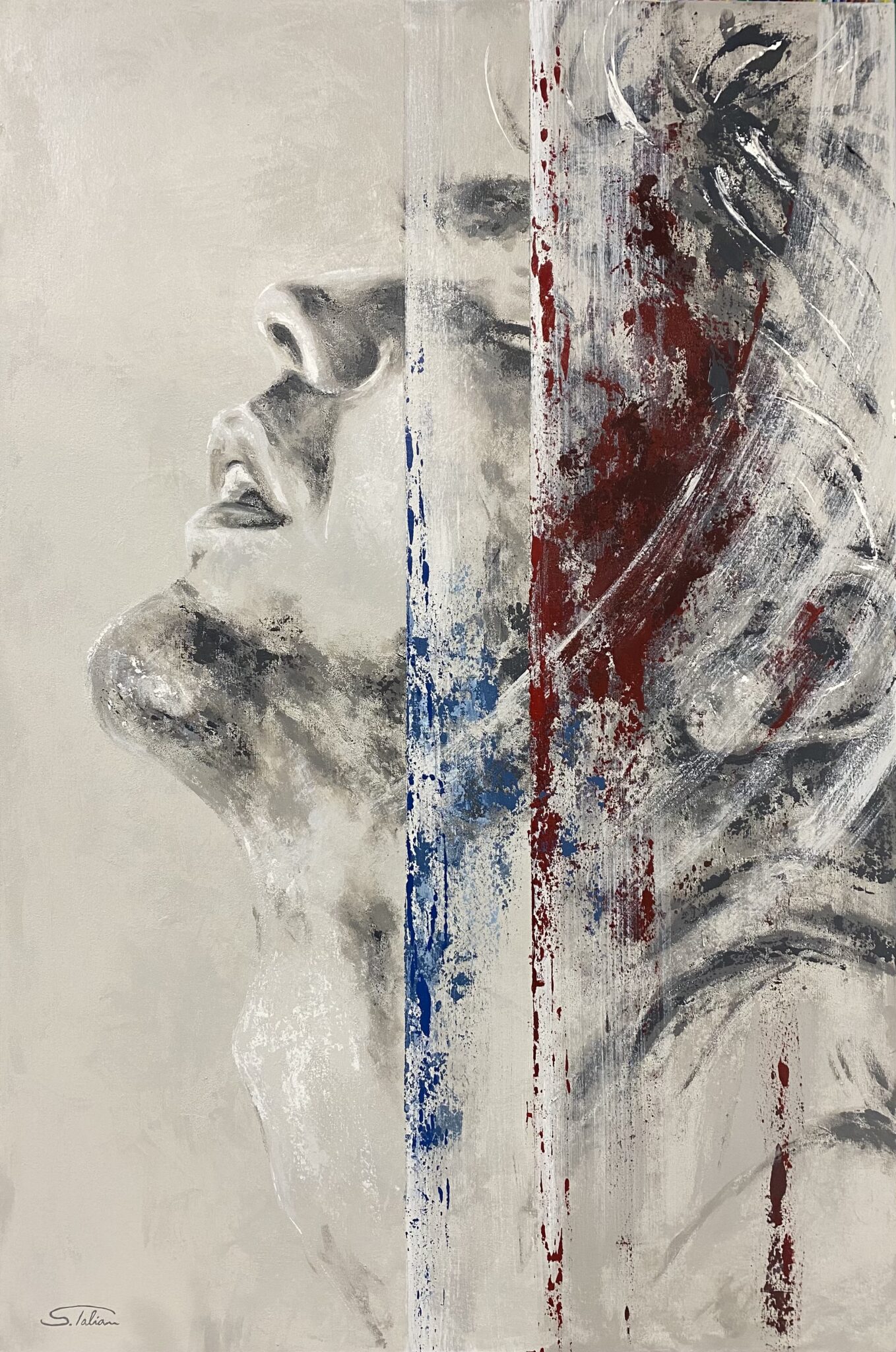 Having a regular studio practice in a public space opened the doors to opportunities and connections that helped to establish Talian as a serious artist. He mentored under American Master Hyacinthe Baron, appeared on KPBS, painted two ceiling murals for the House of Slovakia in Balboa Park, interviewed with a popular radio program in Slovakia, painted live for a local music video, and exhibited in other local galleries.
Another big break came for Talian when he met artist and gallerist Sir Daniel Winn. For three years, they connected discussing art while Talian honed his first major collection, Captured Emotions. Last year, the collection was exhibited by Winn Slavin Fine Art on the Rodeo Drive Gallery in Beverly Hills.
“This collection reveals motionless figures with emotional energy moving across the canvas in stokes and swishes. That which is hidden is revealed. It’s very emotional.”
With 18 works completed, Talian is already contemplating the next two collections. Incorporating the style that has become synonymous with his name, Talian looks forward to developing two new collections featuring stallions and male torsos.This year shows no signs of slowing Talian’s trajectory. In March, Modern Luxury San Diego magazine named him as one of San Diego’s top innovators and The Studio Door selected him as the featured artist for the upcoming PROUD+ exhibition. 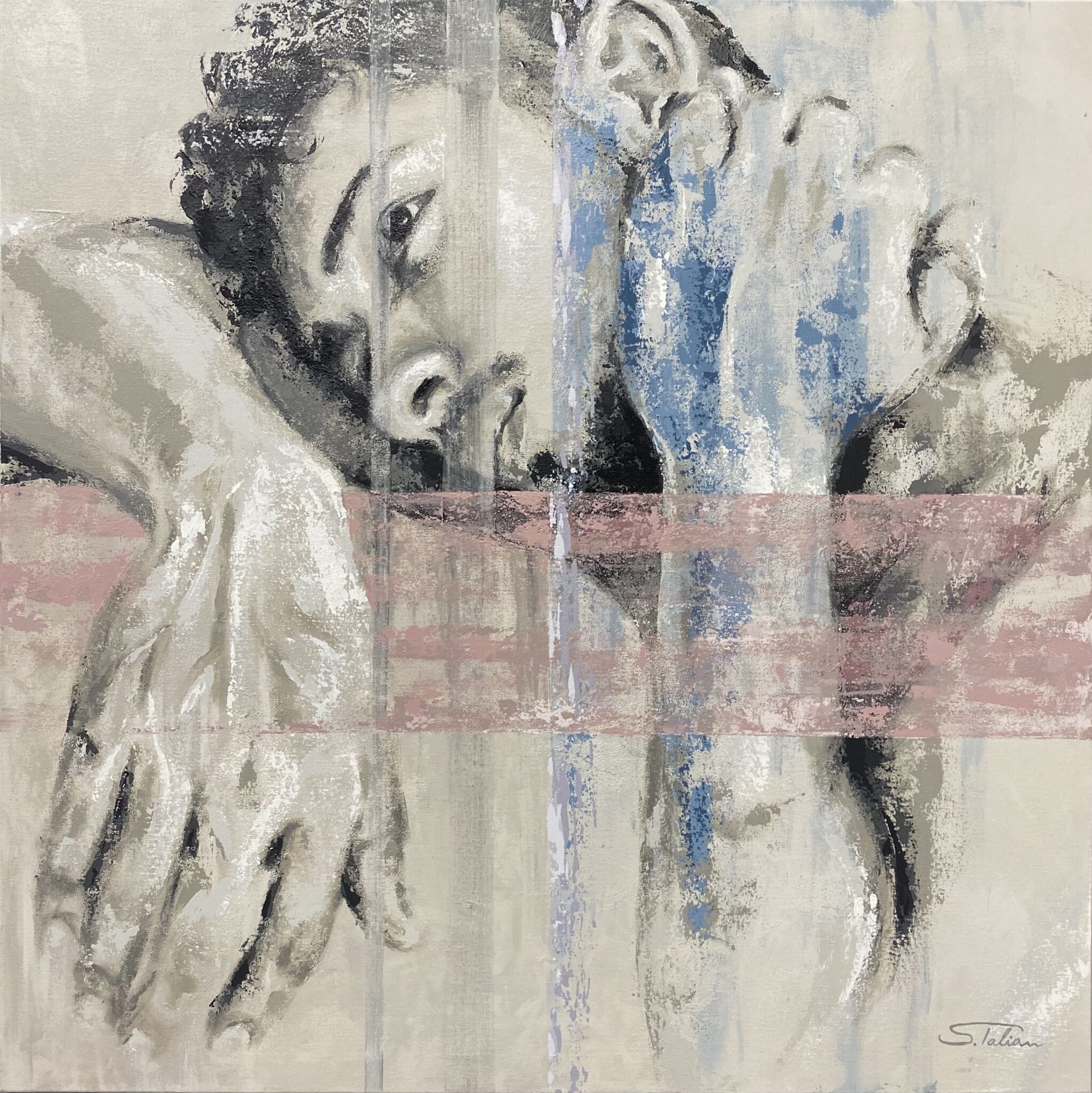 “I’m honored to be a part of this year’s exhibit. I’m following in the footsteps of some excellent artists from across the country who were featured in previous years. Best of all, I will be able to share my studio one on one with the public.”
The Studio Door’s national visual arts exhibition PROUD+ is celebrating its 5th year by expanding the exhibition to cover two months: June (National Pride Month) and July (San Diego Pride). The exhibition will run from June 4 – July 30th with a public reception on Saturday, July 2nd.  Over 70 artworks will be presented from artists working in 13 states who identify as Gay, Lesbian, Bisexual, Transgender, Queer and Ally. The exhibit is curated with the support of Alyssa Nitchun, Leslie-Lohman Museum of Art Executive Director.

For more information, visit www.thestudiodoor.com.
Stefan Talian can be found online at www.stefantalian.com and on social media IG @stefantalian and FB @stefan.talian.
Artist Profile author Patric Stillman is a fine artist and gallery owner of The Studio Door.