My life’s journey has been a whole lot of ‘No, thank yous’ but I never gave up. I realized that my art is the only way that I can speak, and be heard. People will take time to interpret the art even if they won’t look at you or talk with you face to face. I create art to help speak for others who can’t talk because I didn’t get that when I needed it. 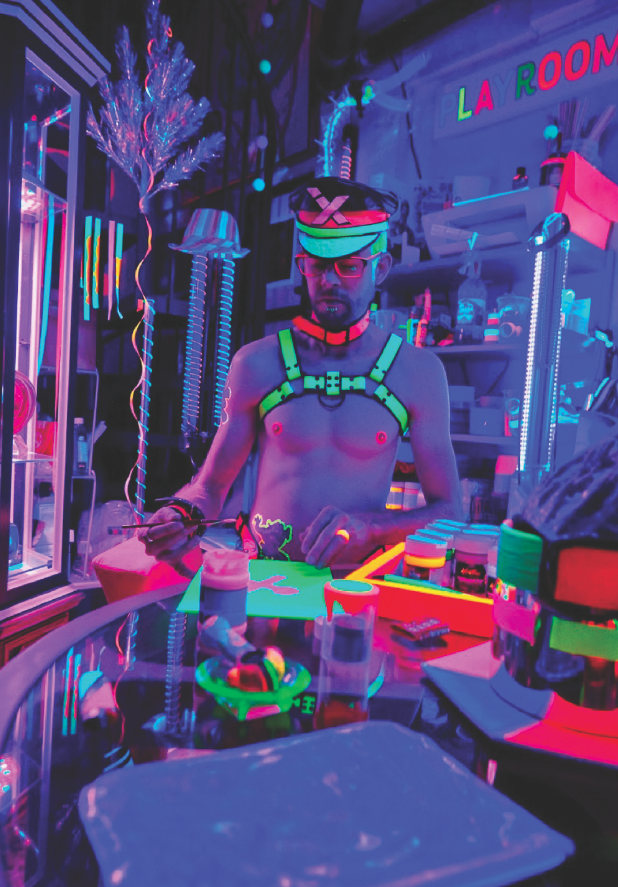 The artist Drew Blair was born Andrew Blair O’Brien in 1988 in Elizabethtown, Kentucky. He recalls that he always had a passion to create. At 3 years old, he painted a little wooden chair in primary colors. The same palette that continues to inform his current work.

His interest in art coincided with his father’s interest in collecting Indianapolis 500 pace cars. Blair became obsessed with the details of these special automobiles. Every year, the Indy 500 creates a limited edition, custom pace car that has its own unique graphics, interior design and automotive details. At a young age, Blair wanted to be the designer of future pace cars and took great interest in the designers and engineers who created these vehicles. Eventually, he began racing and winning scholarships in the Quarter Midgets of America racing circuit.

Unfortunately, as a self-aware Gay teen, Blair quickly learned that the community was not welcoming to Gay people. By 12, he found himself viciously targeted for being too effeminate. He realized that his opportunities would be limited or taken away if others perceived him as Gay. So, he told his parents that he was done racing and finished with feeling uncomfortable being around people in the racing circuit. It was at this time that he focused his interests on further developing his artistic skills. 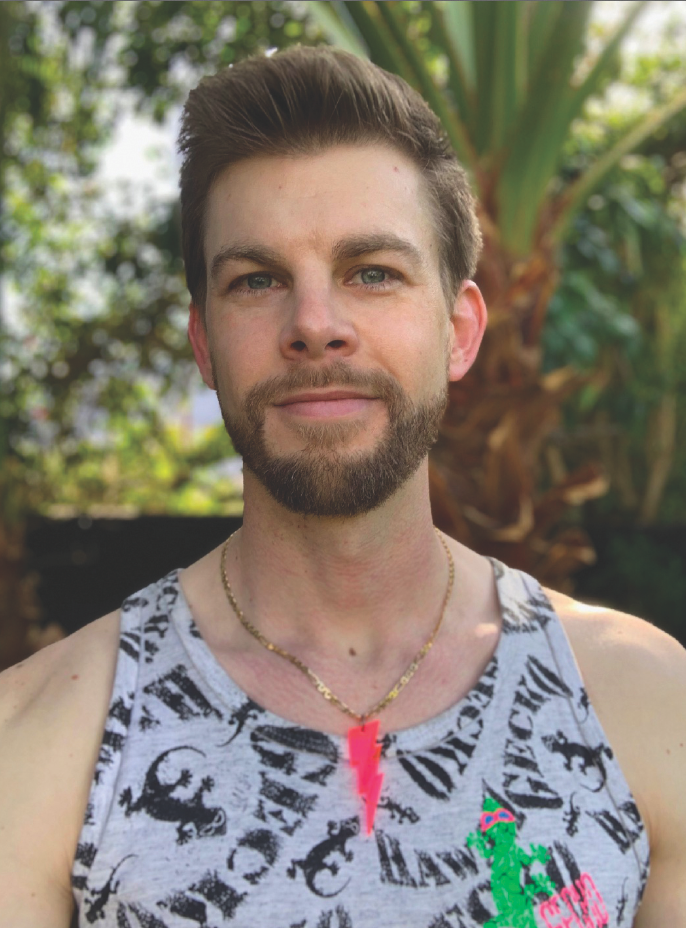 Blair was accepted into Morehead State University’s School of Art and Design. He received a Bachelor of Fine Art with an emphasis on Graphic Design in 2010. While he loved to study the arts and build his artist practice, his degree came with more personal challenges.

“The students were homophobic and put their cigarettes out on my art. My art was set on fire, ripped and disappeared because people thought they weren’t acceptable to be seen in public. When I reported it to the head of the art department, he offered a simple ‘I’m sorry’ but nothing changed.

“There were a lot of private moments when I cried. I had been beaten for being Gay multiple times. I thought I was I going to die. I honestly didn’t expect that I would live this long.” 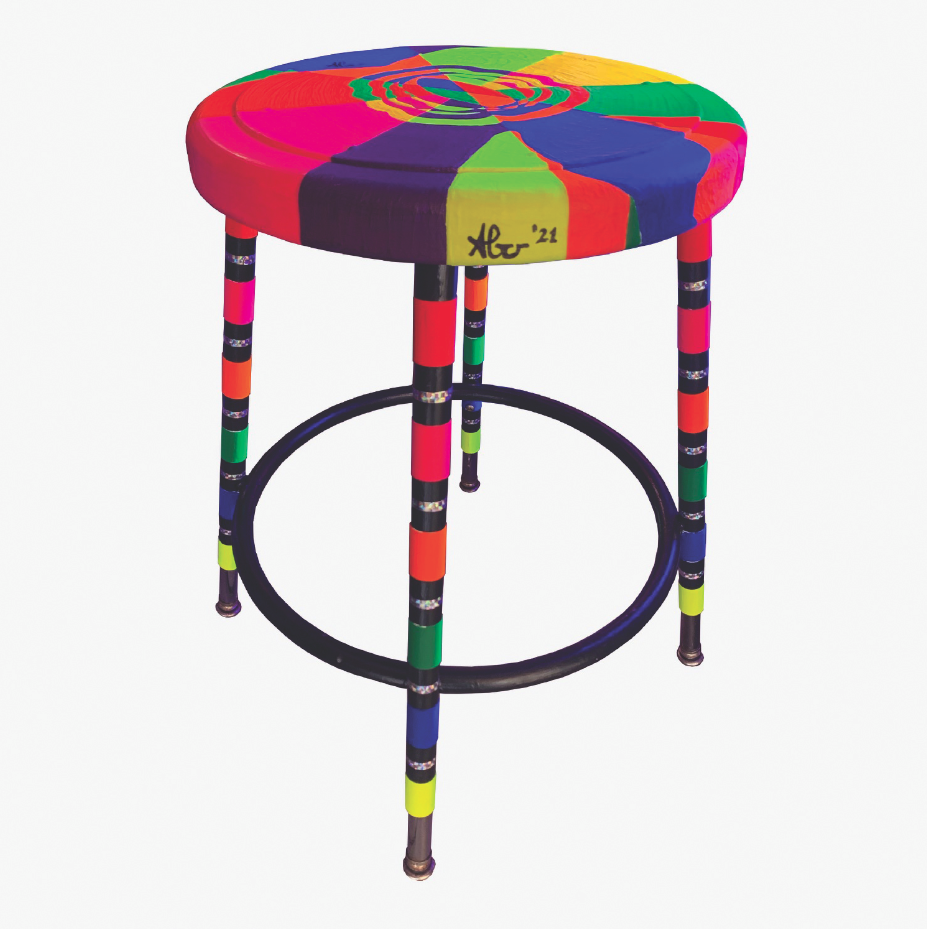 By 2015, he moved to San Diego where he met artist and designer August Stein. For the past three years, they have shared a loving relationship that has offered Blair a creative space to study, create and build his own body of work.

“The pieces are there to start the sex-ed talk, literally. I want adults to show my work to their nieces and nephews. I want kids to see my work. Even if they are uncomfortable discussions,” said the artist. “Unfortunately, I didn’t get a sex-ed talk from my parents. I believe all children deserve that. ‘Cause they need to understand the difference between safe touch and bad touch. There are things that parents have an obligation to teach their children. My art is here to tell people that you need to talk to kids. That’s it.” 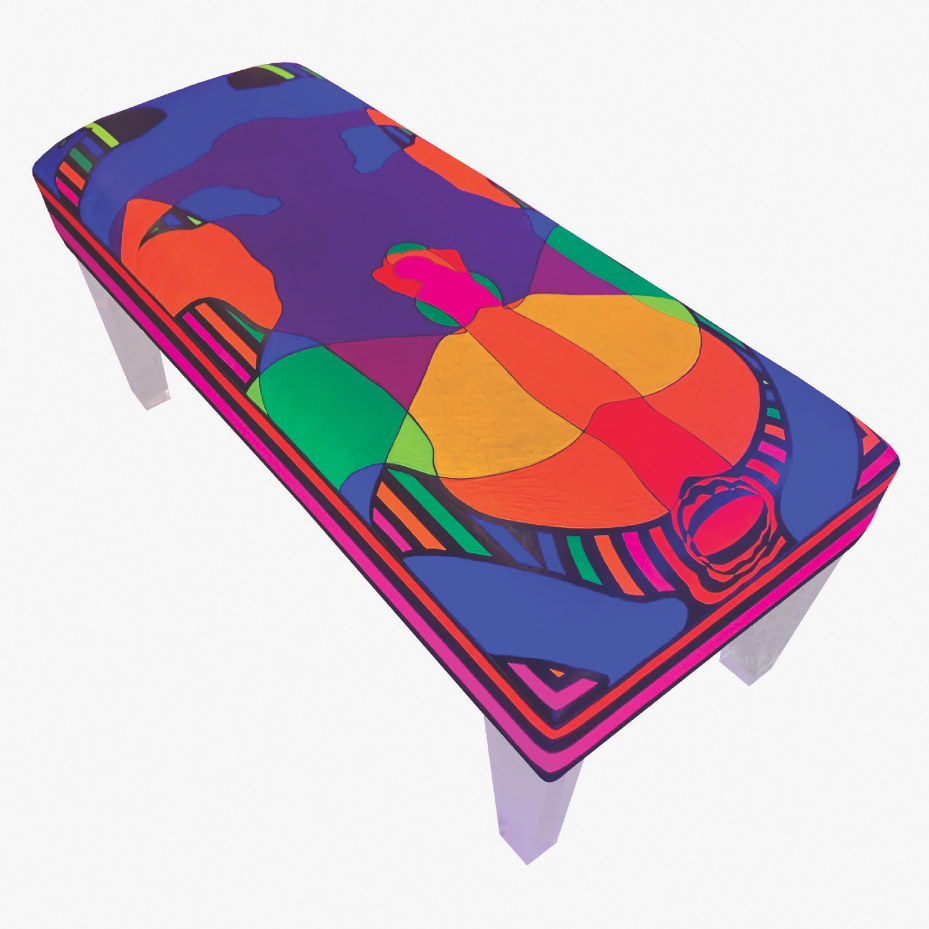 Blair’s partner, Stein has a long history in art and design. He began working at 19 and has had a career of accomplishments himself. In 1979, Stein created a series of black light posters that he shared with Blair. Blair had such a strong connection to the happy energy, he immediately knew that he wanted to create complimentary works within his own creations.

“Originally, black light art was incredible. It celebrated the energy of happiness and euphoric sexuality. It was a thrilling moment, however brief, before it turned into cheap commercial marijuana posters sold in malls.” 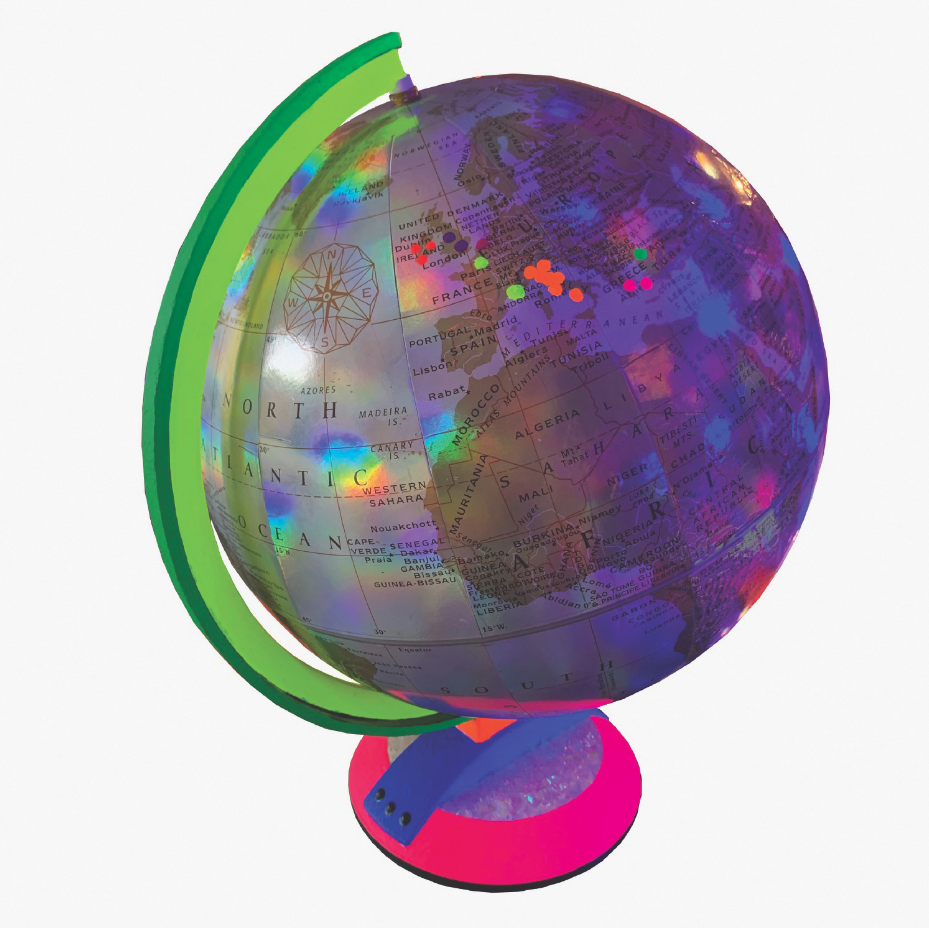 The art form went out of fashion in the ’70s, so Blair didn’t know it existed. He never previously painted with it but it has now become a central component of his art.

In 2020, he created a mixed media, technologically activated black light work called “The Phoenix,” which has become the emotional heart of his studio. This work provided the inspiration for his upcoming interactive exhibition in Palm Springs, “Drew’s PLAYhouse” black light exhibition. It will be an interacting series of works that illuminate a black light space. As each moment influences the next, Blair plans for the exhibition to lead to the next exhibition of personal experiences and filmed activities that take place during this exhibition. Details will be available on Blair’s social media platforms as they become available. 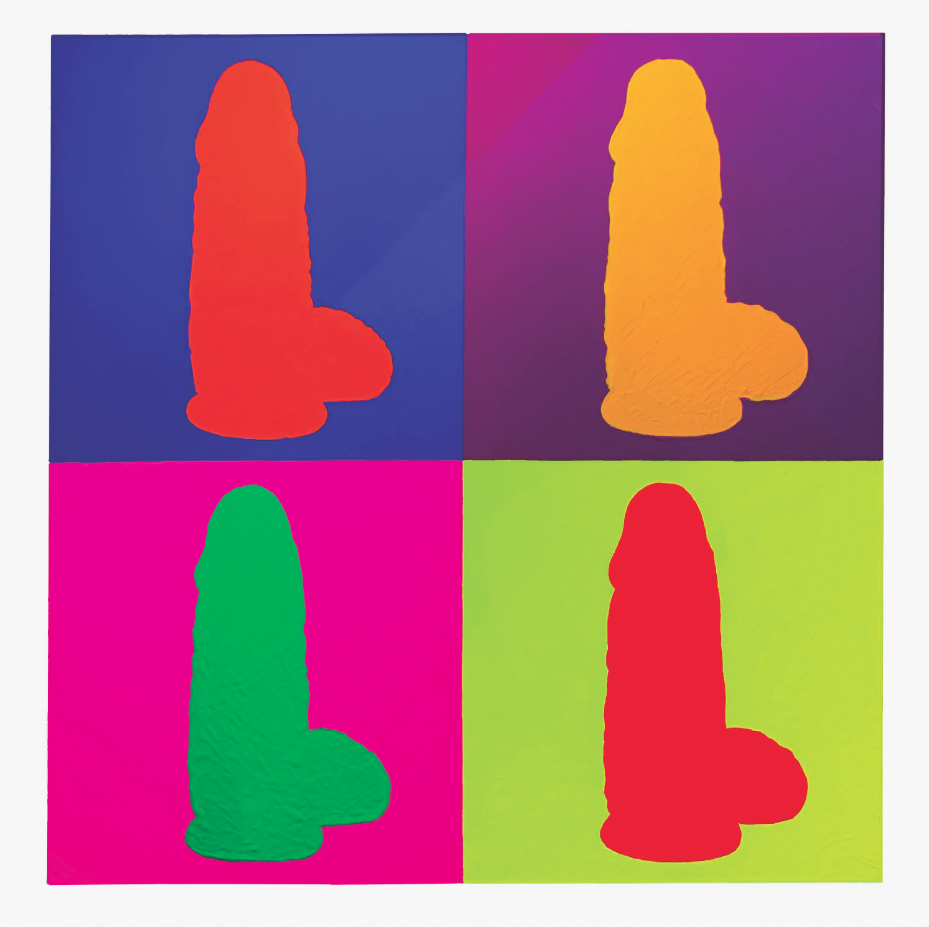 Blair sees his work as a celebration of the struggles that he lived through. Through his art, Blair is bringing out the things that he didn’t get to say to help others. He is hopeful to capture impactful moments that outlast him.

“I want to tell young LBGT kids in places like Kentucky that they must be patient. It’s really hard to live with the hatred and the lies, but there is another place in the world to live. Come to the city centers. Come to California. Come to New York City. Education happens here. This is where you’ll find social evolution. Intelligent conversation and discussion without hate exists. We take the hate out and listen.”

Drew Blair can be found online at equalsexed.com and on Instagram at @DrewBlairUnlimited