Taking a look at the world from a different point of view provides the basis for this welding artist’s creativity. Conversations provide the path for creation. Personal connections inspire function and beauty. Random scraps transform into art. 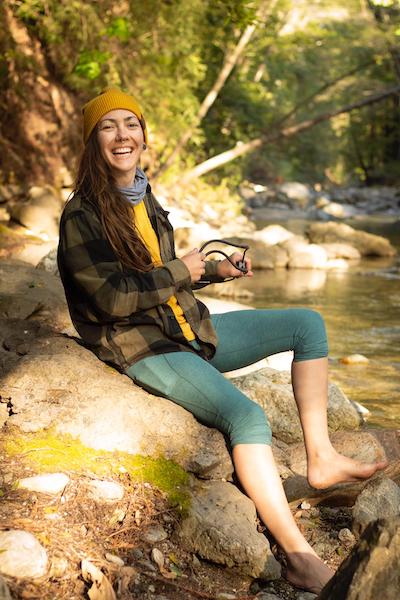 Alexis Archibald was born in Salt Lake City, Utah, in 1989 with her twin brother. Together, along with an older sister, they were raised in nearby Layton, where Archibald discovered a passion for welding during her teen years. At 15, she began to learn the tools of fusing and soldering. She was the first student to enroll in three years of welding and auto tech, which was recognized as an even greater accomplishment for a woman in a typically male-dominated course. She has fond memories of igniting her creativity by being regularly challenged to create “creature” sculptures from recycled pieces of scrap metal.

Around the same time, she came out to her mother as an April Fool’s Day joke during ninth grade to soften the experience. Being caught off guard, her mother reacted poorly to the “joke” but it opened up the discussion. In the process, Archibald discovered that her father was also Gay. 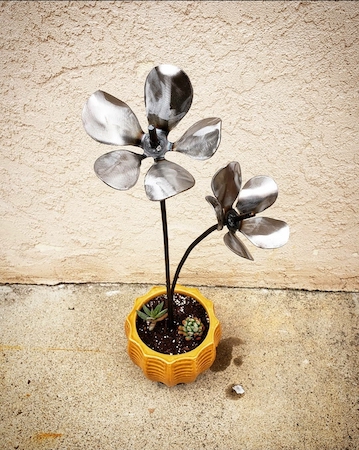 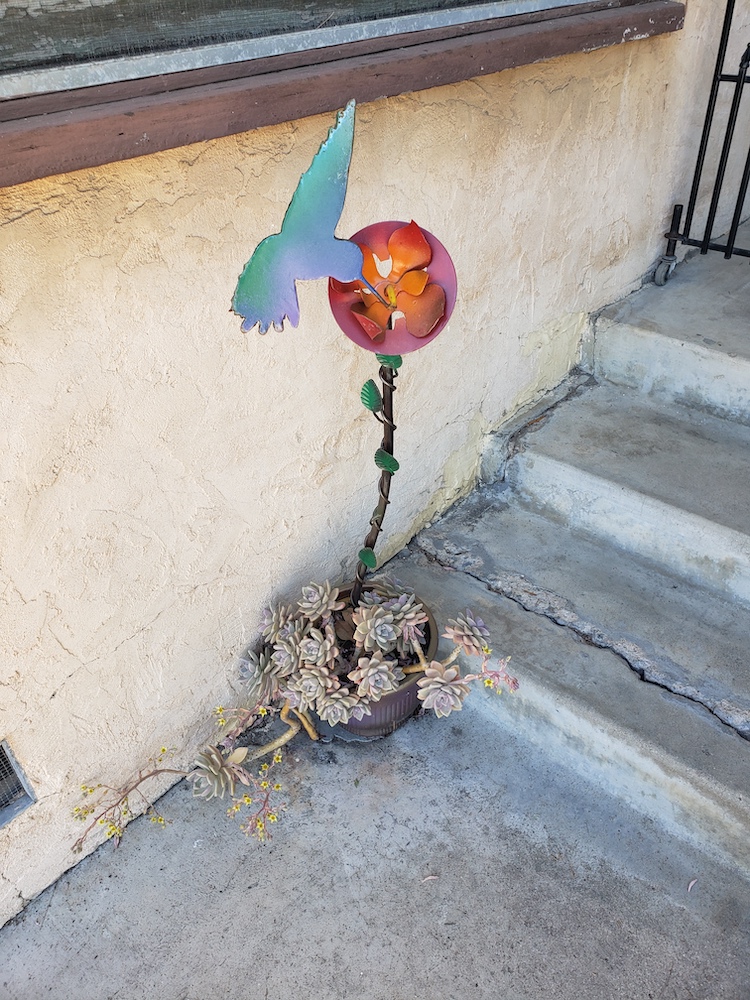 Though divorced from her mother, Archibald’s father was very engaged with the upbringing of his children. He often surrounded his children with the arts, especially modern dance and ballet. Her twin brother, who would also come out as Gay, found an interest in performance art while Archibald continued her interest in the art of welding.

Using her craftsmanship skills, Archibald first job was with a storm and drainage piping company. Her boss encouraged her creativity and allowed her to use the scrap metal from jobs for creative projects. This is when her artistry began to blossom and she started a thoughtful journey with her art.

She moved to San Diego, after she was fired from her second welding job because they learned she was Gay. Archibald looks upon this as a blessing in disguise because it jumpstarted her own personal growth. 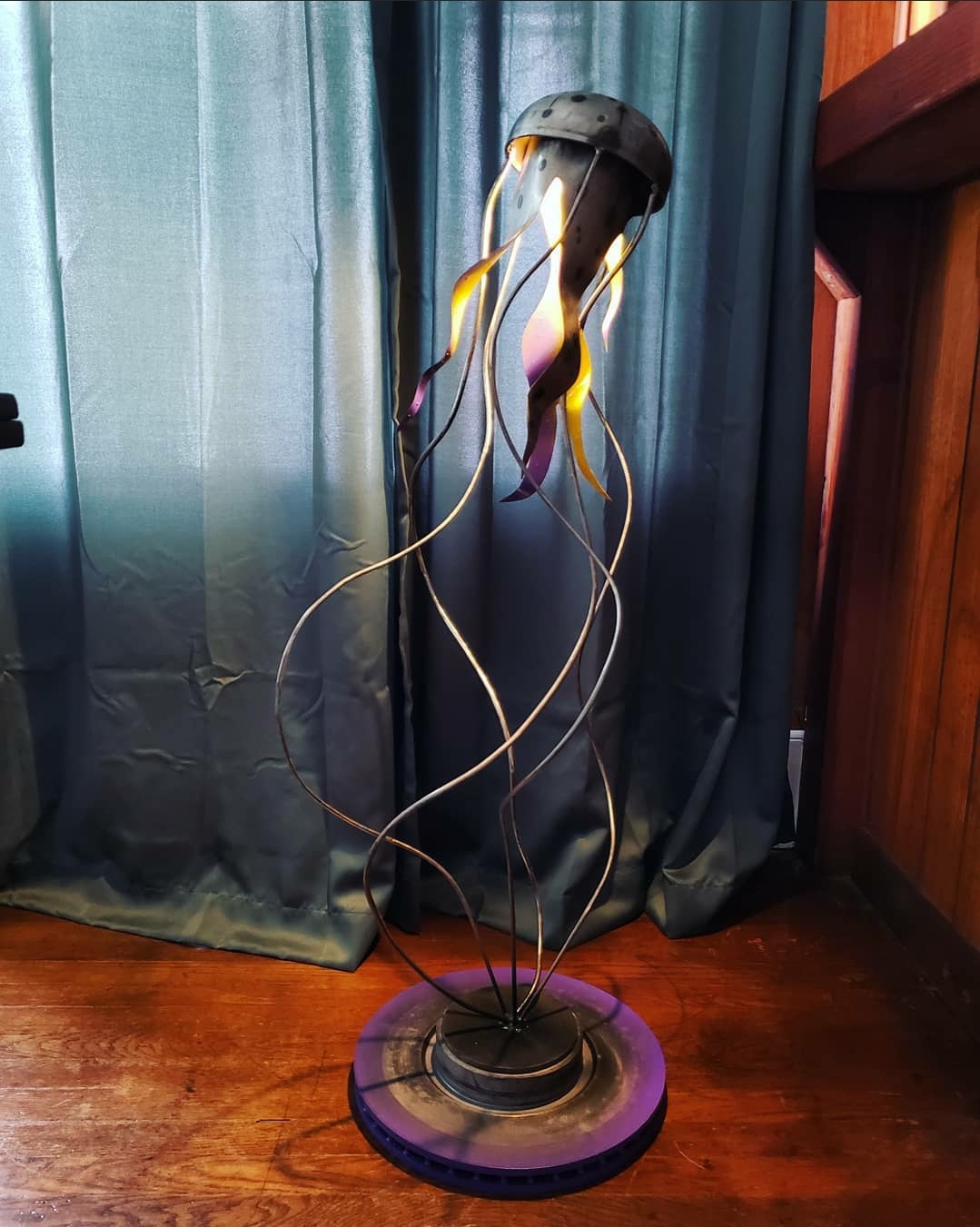 “It’s hard to be a woman in a man’s world, in a trade like that,” said Archibald. “When I was feeling like an outcast or in a situation that was discriminatory, I began to understand that it wasn’t me that they feared. They were simply sacred by something that didn’t know about. I tried to use their fear as a tool of empowerment to make wherever I was a better, safe place. It’s important for me to let others know who I am and keep it moving along from there.”

Before the pandemic, a friend encouraged her to get a booth at URBN Pizza in North Park during their monthly art trunk shows produced by Thumbprint Gallery. Currently, she has been getting into the combination of metal and nature as they intertwine.

“During COVID, I created a series of metal flowers in pots. I like the idea of rusting metal and thriving plants changing together through time.” 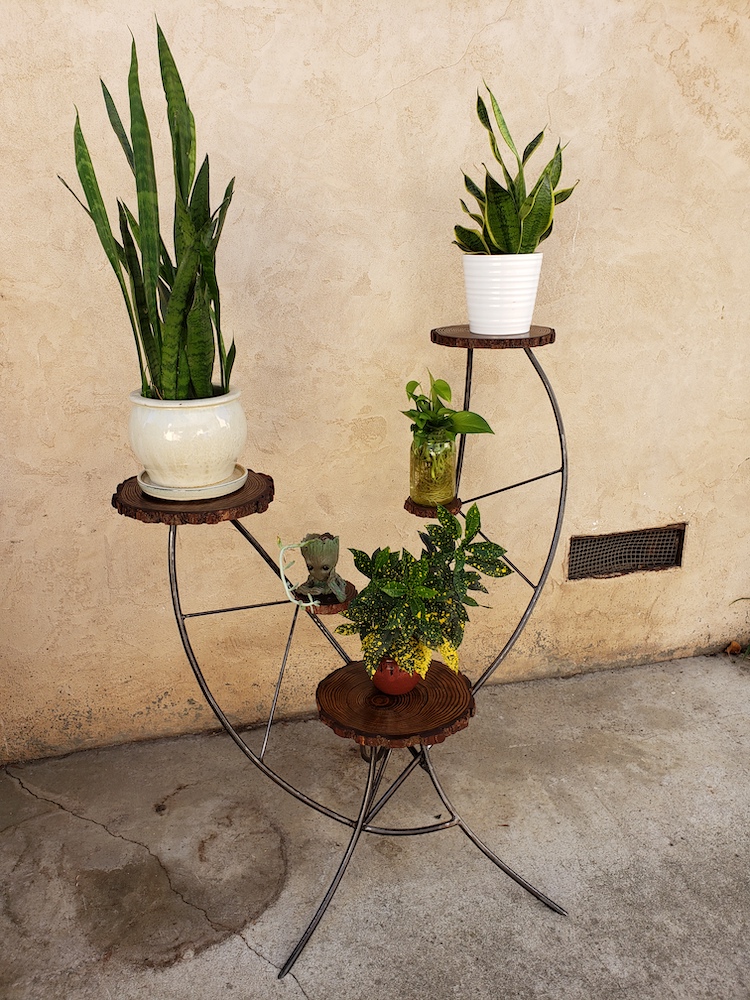 Most of the work that Archibald creates derive from collaborative commissions. As a social person, she enjoys getting to know her patrons and survey the environment where the work will exist. Part of her process is to incorporate a patron’s personality into the work, for example, by using hard lines, if they are naturally straight forward or include curves to create movement, if they are soft spoken.

Functionality is natural part of her creative works. Archibald finds that her patrons are seeking the combination of form and beauty to help transform their homes. She takes great satisfaction in two pieces, a mailbox and a lamp. The mailbox was an inspired gift that took root from a lighthearted conversation with friends who encouraged her to create a personal gift for their new home. She ran with the idea, incorporating routers and camshafts donated by another friend, to create a functional work of art. As a collaborative work amongst friends, Archibald believes it is a unique, sentimental piece that will be cherished for a long time to come.

When she purchased her motorcycle, she received a generic exhaust that originally came with the bike. Teaching herself a little electrical work, she incorporated the exhaust to create a standing lamp that was both functional and beautiful.

“I used a torch to add coloring to the piece. When you add heat to certain metals, they turn blue or purple. I was able to fire the exhaust to create a delicacy to the hard form. Once I added a few bulbs with exposed filaments, it became a thing of true beauty.” 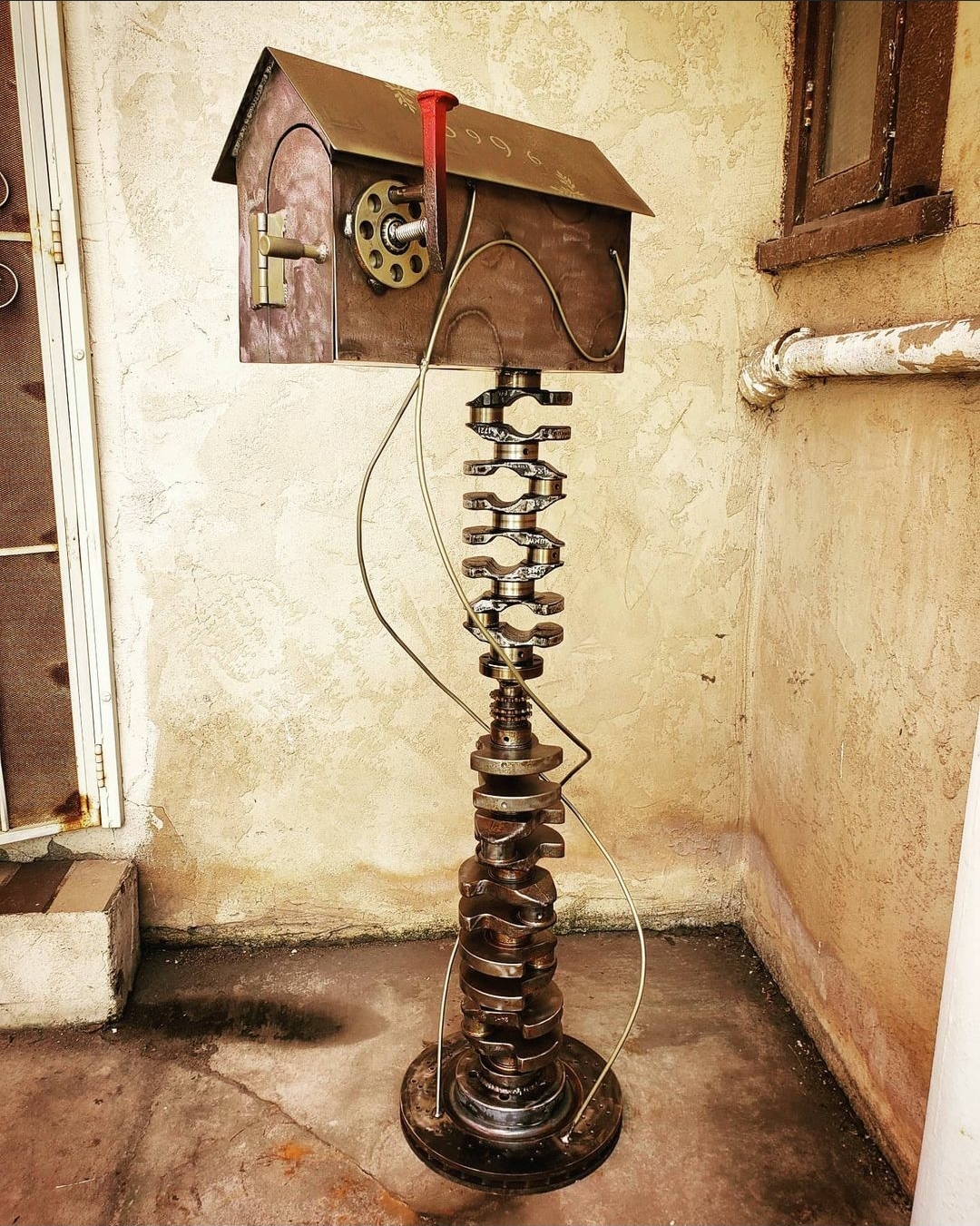 In the future, she hopes to build her own workshop to create larger works. She recently missed out on the challenge of creating a metallic fountain but the planning that she put into the project has inspired her to think about scaling up her work.

“It gives me so much happiness and joy to create custom works for my patrons. The infusion of their happiness and my welding visual art inspires me to keep growing. It’s a nice, warm feeling to be in the community. Let’s all keep loving and supporting each other.”

Artist Alexis Archibald can be found on social media: @lezweld on Instagram.

I Scream for Sweet Rabbit Ice Cream: A Delicious Addition to the Neighborhood