Whopping impressions from a modest cafe

Smack in the middle of the gayborhood is where Bologna, Italy meets San Diego. It’s a place from which the aromas of apple cake, Italian-imported coffee, and what might be the most fantastic eggplant Parmesan you’ve ever consumed simultaneously hit your nose with the allure of an intense love interest.

Or should you get to Caffe San Luca early enough (say before 9 a.m.), you’ll likely succumb to the smell of bombolini scenting the air as they’re plucked from the fry oil. But even if arriving later, it’s a must-try specialty of the cafe. 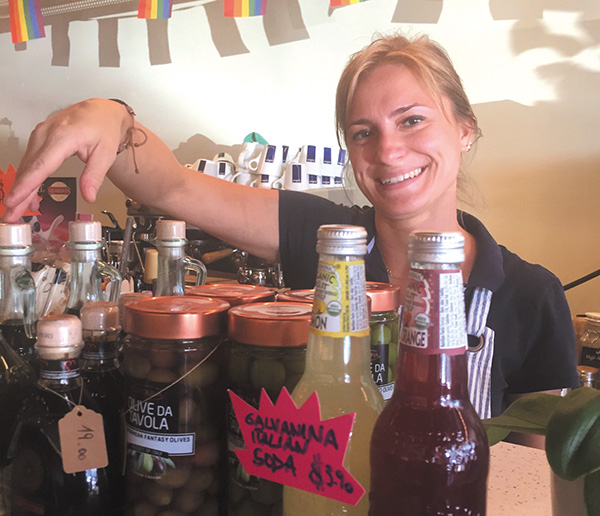 Somewhat obscure in San Diego, bombolini are puffy Italian-style donuts filled usually with cream. They’re a morning staple throughout central and northern Italy — and capable of sending unsuspecting Americans over the moon.

Owner Alice Oliveti is a native of Bologna. She imports the bombolini yeast dough from the motherland. Once cooked and cooled, she pipes the fist-size donuts with cream and lemon zest, dark-chocolate ganache, and a few other confectionery admixtures.

Ours sported the aforementioned fillings. They appeared respectively like a scrambled egg sandwich and a well-done burger. The cream bombolini was cool and thick, offering just enough citrus to cut through the heavy, yellowish filling. The chocolate version triggered an endorphin rush with its fierce, bewitching cocoa flavor. Neither was saccharine-sweet, which is exactly why these airy beauties taste so beautiful. 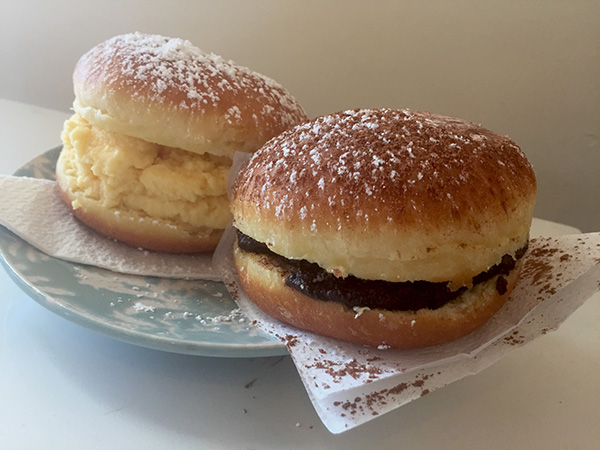 “This is the food I grew up with,” said Oliveti, referring also to her grandmother’s recipe for apple cake (modified with extra apples), plus house-made pasta, pork-beef Bolognese sauce, and pretty much everything else comprising the concise list of sweet and savory offerings. 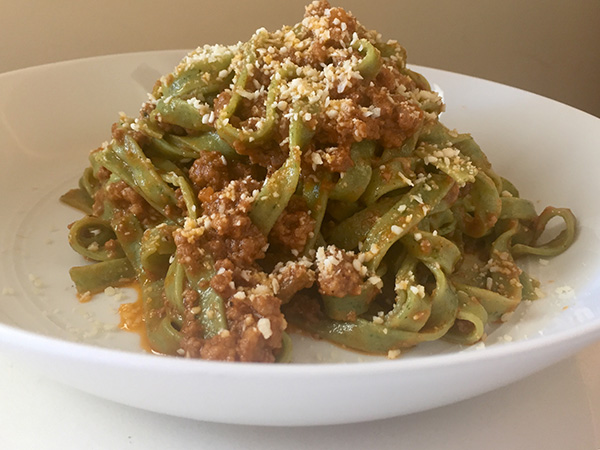 Before moving here from Italy almost two years ago, Oliveti earned a diploma from a culinary school back home. But she shrugs it off as incidental, saying her earlier experiences cooking with family members are what really count.

“The best way to learn cooking is to just do it,” she quipped.

My companion summed up her culinary style perfectly, describing it as “genuine and sincere and true to Italy.”

No doubt. After swooning over the bombolini, we progressed to two flattened disks of bread that were pan-toasted and layered thinly in the middle with pesto and sliced tomato. It’s one of several mini sandwiches on the menu known as tigella — inexpensive noshes popular in Italy’s cafe culture.

Despite appearing so plain and ethereal, it tasted bright and lively due to the ultra-zesty pesto captured by a unique soft bread made from dough that typically calls for milk in recipe — a handy snack if you’re on the go.

The eggplant Parmesan delivered high comfort to the palate. It escaped the common pitfalls of being under-cooked; sporting mushy breading; and disappearing under heavy carpets of mozzarella. 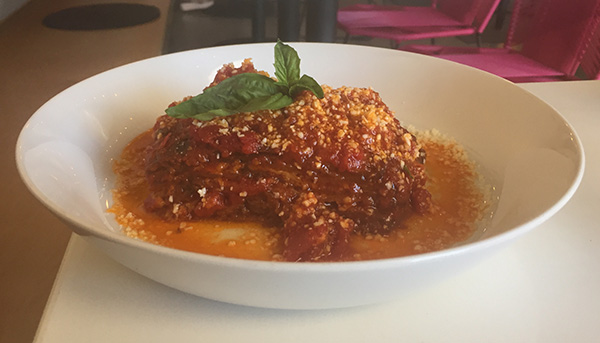 Here, the vegetable (technically a fruit) was sliced thin, brushed lightly with egg, and pan-fried in olive oil imported from Italy. Sitting inconspicuously between the neatly stacked layers were light measures of mozzarella, aged Parmesan and oregano. A judicious covering of perky tomato sauce sealed the deal.

Meaty pork-beef ragu clinging lovingly to house-made spinach tagliatelle noodles equated to Bolognese just as you’d probably find it in Oliveti’s hometown, where the dish has its origins. The pasta was cooked al dente. And the crumbled meats offered alternating flavors vaguely resembling sausage and steak, exactly the outcome I’d expect from a trusty Bolognese.

Other dishes include meat lasagna, baked ziti, ravioli of the day, and assorted panini sandwiches — one of them a tempting chicken-Milanese “burger.” There are also salads and a grilled vegetable plate we tried comprising paper-thin slices of zucchini and eggplant. Salt, pepper and a drizzle of olive oil made the dish sing. 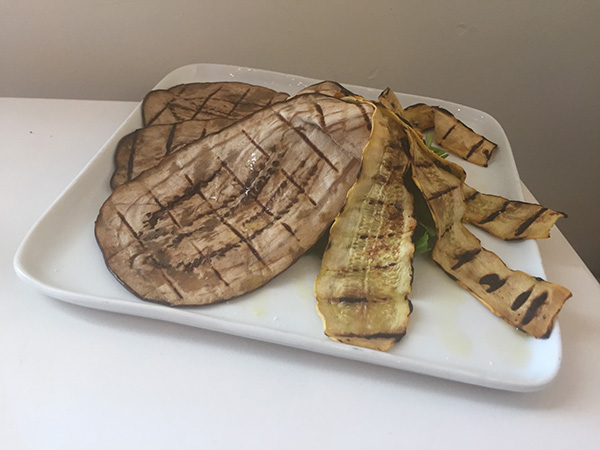 Beverages include a decent selection of coffees, teas, Italian wines, and beer. 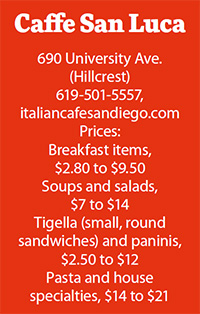 The space formerly housed The Wine Encounter and offers a European stay-awhile vibe with an interior design featuring rows of wavy, wood boards stretched across the ceiling. Displayed on a long wall are photographs of Bologna’s historical sites, including the city’s 18th-century San Luca Church perched on a hilltop.

With the all the sights, smells and flavors of Bologna in check, your transport to Italy sits right on University Avenue, and at a reasonable cost.

— Frank Sabatini Jr. is the author of ‘Secret San Diego’ (ECW Press), and began his local writing career more than two decades ago as a staffer for the former San Diego Tribune. You can reach him at fsabatini@san.rr.com.