A 35-year-old Clairemont man threatened on Facebook to “shoot up” a gay bar in Hillcrest and then kill himself. He reiterated those threats to law enforcement after being detained. Our office intervened with a Gun Violence Restraining Order (GVRO) to prevent this attack. 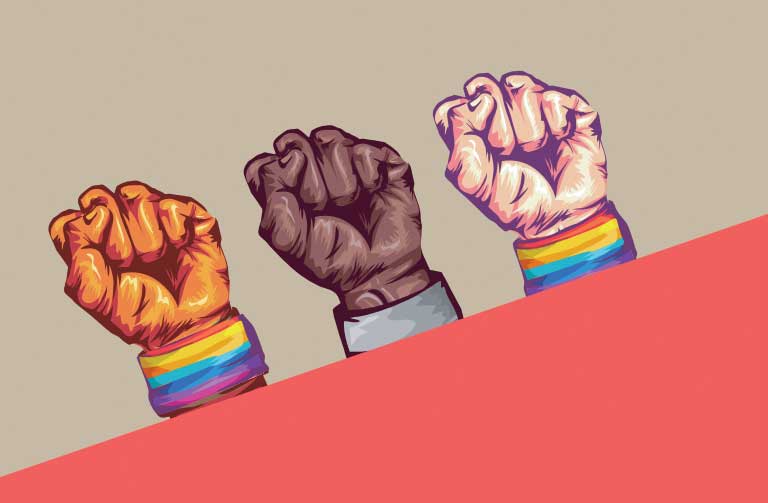 This is just one example of more than 300 situations where our office has obtained a GVRO to avert potential gun violence tragedy in San Diego. While the majority of cases referred to our office involve domestic violence or threats of suicide, we’ve also found GVROs to be a valuable tool for preventing hate-fueled violence in our community.

Using California’s Red Flag Law, our office obtains GVROs to safely remove firearms from individuals who pose a danger to themselves or others. They also serve another purpose – preventing the person named in the order from acquiring new guns and ammunition. We established California’s first GVRO program and are training hundreds of other agencies throughout California on how to use this life-saving tool.

Hate crimes have increased dramatically since their decade-low rate in 2014, and they increasingly target individuals as opposed to property. With this law, we protect the most vulnerable populations in our city, particularly those who face discrimination and even threats of violence because of their race, religion, national origin, gender identity or other characteristics.

As city attorney, my job is to ensure all our citizens feel safe in their own communities.

A GVRO was obtained in each of these cases to prevent a potential hate crime:

When San Diego Police went to his apartment, he answered the door with a handgun in his hand. The officers observed an AR-15 assault rifle, tactical vests and ammunition inside. He was arrested and charged with three counts of battery and a hate crime. The police confiscated seven long guns (some with scopes), a double-barreled shotgun, two handguns, and hundreds of rounds of ammunition.

These disturbing examples demonstrate how powerful GVROs can be at thwarting hate crimes and preventing gun violence. Our office will remain proactive and vigilant in our effort to prevent this kind of violence, and I want to continue to work together as a community to stamp out hate. I urge community residents to report dangerous conduct to the San Diego Police Department immediately. With your help we can protect all San Diegans, regardless of who they are or where they come from.