The National LGBTQ Task Force (the oldest LGBTQ Civil Rights organization) and the International Imperial Court System of the U.S.A., Canada and Mexico (the oldest LGBTQ service organization) will soon be launching another letter writing campaign to the National U.S. Postage Stamp Committee to issue stamps in honor of LGBTQ American Icons: Marsha P. Johnson, Sylvia Rivera and Jose Julio Sarria. The Imperial Courts led the successful National Campaign that resulted in the now Harvey Milk U.S. Postage Stamp that was unveiled at the White House under the administration of President Obama. I was honored to have been the Founder and National Chair of the Milk US Postage Stamp Campaign and to have led an official delegation of Imperial Court leaders to the White House for the unveiling of the Milk Stamp. Among those in attendance were Stuart Milk (Founder of the Harvey Milk Foundation) and members of the Milk Family, as well as Speaker Nancy Pelosi and the late Congressman John Laird. The LGBTQ Task Force and the Imperial Court are also leading a Campaign to have a U.S. Postage Stamp issued in honor of Black Civil Rights Icon Bayard Rustin who was openly gay in the 1950’s and 60’s and was an activist in the Civil Rights movement. The issuing of these (now four) LGBTQ U.S. Postage Stamps are considered very possible under a Biden/Harris administration.

This past Wednesday the City of San Diego’s Human Relations Commission became the first government body to officially endorse the Campaign for U.S. Stamps honoring the three Iconic Drag Queen and Trans American heroes. The San Diego City Commission also was the first to endorse the successful Harvey Milk and Bayard Rustin US Postage Stamp Campaigns.

On Wednesday, August 19th the votes by my fellow City Commissioners was very symbolic as it was the 7 year anniversary of Jose Julio Sarrias (1922-2013) passing at the age of 91. A proud Latino War World II Veteran he made history in 1961 as the first openly gay candidate in North America to run for public office. In 1965 Jose also founded the International Imperial Court System when he was crowned Empress I of the Americas and now there are Imperial Court Chapters in 70 cities within the U.S.A., Canada and Mexico.

Marsha P. Johnson and Sylvia Rivera are iconic heroes of the 1969 Stonewall Riots and founded the first Trans service organization in New York and were champions of protecting LGBTQ youth.

Sarria, Johnson, Rivera and Rustin are all LGBTQ people of color. A Street in San Francisco in named after Jose Julio Sarria and statues of both Marsha P. Johnson and Sylvia Rivera are to be permanently installed in Greenwich Village as announced by the Mayor of New York. 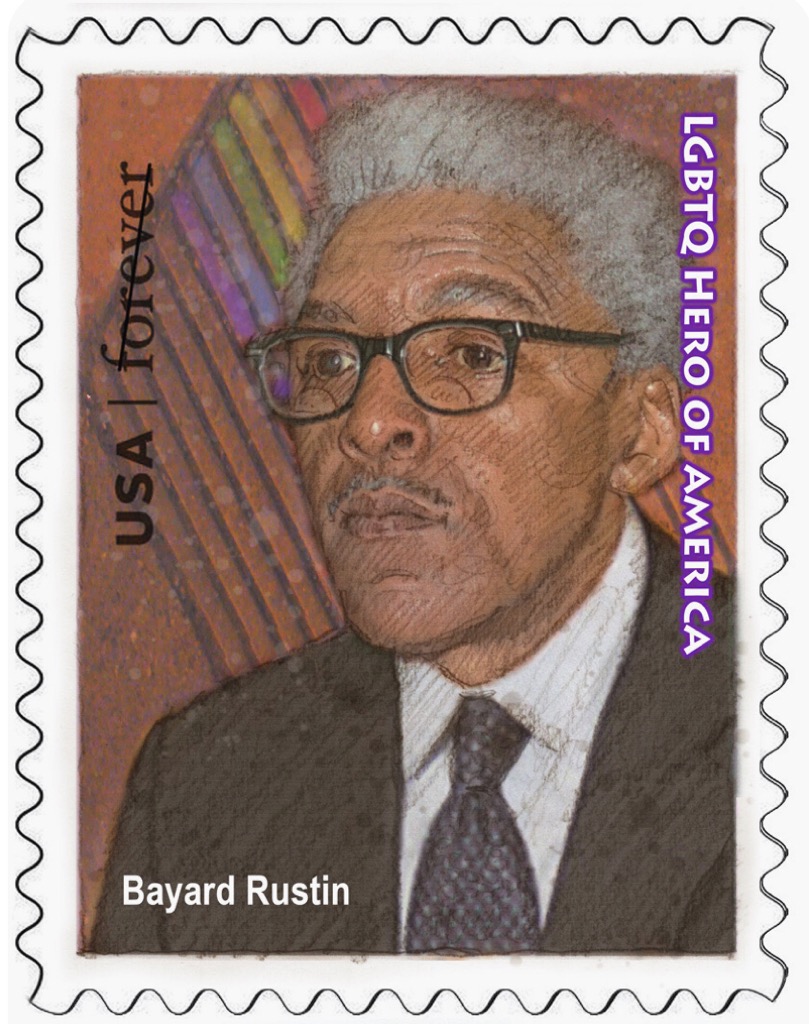 Rea Carey and I are National Chairs of this LGBTQ Heroes U.S. Stamp Campaigns. For more information: Nicolemrsd1@gmail.com

Fresh Online Content Out Today Read it all by clic