The Truax House is now a blood-red color trimmed with funeral black. Just a few years ago, San Diego’s first AIDS hospice was a blighted building covered in a flaking eggshell siding with a storied history and an unknown future.

Would the house where so many patients breathed their last during the AIDS epidemic be converted into a park? A community center? A museum? Housing?

The City Council decided housing was the most pressing need in San Diego and in 2016 authorized the sale of the property to Nakhshab Development & Design. After evolving to address the AIDS epidemic, the property is once again transforming to meet the demands of a city in crisis.

Soheil Nakhshab, the chairman of Uptown Planners, developed a plan to preserve the outside of the historic home and build a set of townhouses to the right of it and workforce housing, primarily studios and lofts, to the left. The townhomes in the black building in the corner lot are finished and close to all being sold. The Truax House is fully occupied, with one tenant qualified as very low income. The incomplete workforce housing is still exposed wood and heavy machinery. Studios there will rent starting at $1500 per month.

Nakhshab’s construction tore off the sickly skin siding of the Truax House to expose the long-hidden Craftsman features of the residence originally built in 1912 such as the horizontal siding. He also took out a wheelchair ramp going up the side of the building that obscured details like filigree in the windows.

“The beauty of this building, they had actually covered all these details. We uncovered them. We found them,” Nakhshab said on a tour of the property. “These were buried, and we ended up restoring it and bringing it back to life.”

He chose the red paint because it is the color of The Red Ribbon, the HIV/AIDS awareness ribbon. The black trim matches the neighboring town homes, even if the architecture is vastly different.

The sharp-edged, three-story house once stood imposingly on the corner of Laurel Avenue. When the project is finally finished, it will be shadowed on both sides by the new buildings.

The changes have been noticed by the community — and not always welcomed. The development received two nominations for the annual Orchids & Onions Awards, which is put on by the San Diego Architectural Foundation. While Nakhshab has received Orchids in the past for other projects, this time he was nominated for an Onion. Nakhshab has asked the jury to withhold any awards, good or bad, until the project is done. Whether they choose to honor that request will be seen at the Orchids & Onions awards ceremony on Oct. 3.

“Let them say what they want to say, at the end of the day, we’ve held true to everything,” Nakhshab said. “We’ve actually had people who lived here coming in, crying, and saying how much they liked the project. You may hear negative comments, but we also hear positive comments.”

In the nominations, the rehabilitation was eviscerated with comments claiming the red is “too bold” and “the dignity of the home has been stripped away by turning it into a freak show.” Meanwhile, the townhomes were an “eye sore,” “ugly box,” and a “swollen black thumb” that “stands out like a black void in the sky.” Most importantly to them, it does not fit in with Bankers Hill.

However, the former landscape of Bankers Hill is exactly what allowed the Truax House to exist in the first place.

“I know now we go ‘Banker Hill — fabulous, right Downtown.’ But at the time, the whole area was not quite hot real estate territory. In fact, it was such an un-hot real estate territory that they were able to put in, what was in essence, an AIDS hospice without a lot of people screaming about it,” said Bridget Wilson, a former nurse who worked with Dr. Brad Truax.

The house is named after Truax, a San Diego physician described by the LA Times in his obituary as effectively bringing political clout to the local gay and lesbian community. In addition, he treated many AIDS sufferers before succumbing to the virus himself in 1988 at the age of 42. The six-bedroom house was used as emergency housing for AIDS patients in a time where many hospitals quarantined sufferers to the ends of hallways and segregated wings. 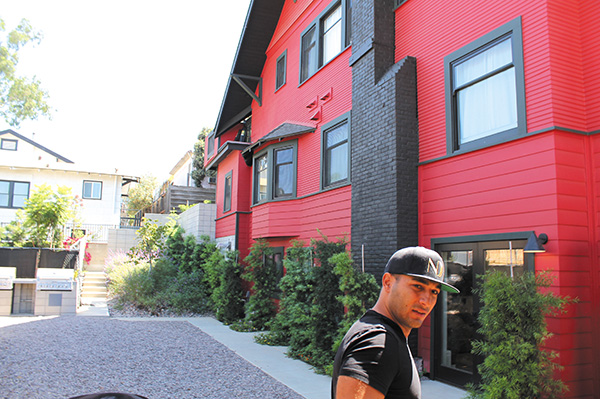 Wilson described some of the circumstances that drove Truax to advocate for the opening of the house during what she calls the plague years — when AIDS, and the fear surrounding it, was spreading rapidly. She said they visited one of his female patients who had been sent to a small local hospital. They discovered that she had been abandoned in a wheelchair for hours and food had been left outside her door because all of the house hospital staff refused to touch her.

Unlike dying alone in a hospital, the Truax House was hospitable and warm. Susan Jester, who sat with many friends while they died at the house, said, “It was like a home.”

This environment was especially significant since so many families disowned their children during the epidemic and did not visit them.

“[The Truax House is] important because we don’t want to forget the memories and the status of people with AIDS and the AIDS epidemic back in the day. That was the first hospice that I’m aware of in San Diego County, it might’ve been one of the first in the state where a hospice was created and where there was a safe and protected place for people to go and be in their last days comfortably,” she said. “It’s not like cancer or any other disease where folks are taken care of and treated. This was a disease where folks were rejected by the medical community and everyone else on down the list. So that house represents the first step forward into making HIV about medicine and taking care of people instead of something to use as a weapon to mistreat people.”

Jester said when she was driving down Laurel Avenue recently, she forgot to look for the changes made to the Truax House because she was so distracted by the new “ugly” building.

During the buying process, Nakhshab hired an attorney to have the house designated as historical so even if he did not successfully purchase it, the building would remain no matter who bought it. He also promised to build a memorial to Dr. Truax as well as a community room for nonprofits to use. The community room is already opened but the adjoining courtyard that organizations could also use has yet to be finished. Nakhshab said he has already approached local artists about a memorial but has yet to move forward because he wants to take his time and be intentional with that part of the project. He has also reached out to several LGBTQ community leaders to get their input.

“We’ve held to all of our promises to the city,” Nakhshab said. “We’ve created workforce housing, we designated it historic, we’ve got a very low-income tenant. The community space is set up. We have the outdoor space, but it hasn’t been completed because we’re still in the middle of construction. As far as the art project, I don’t want to rush it.” 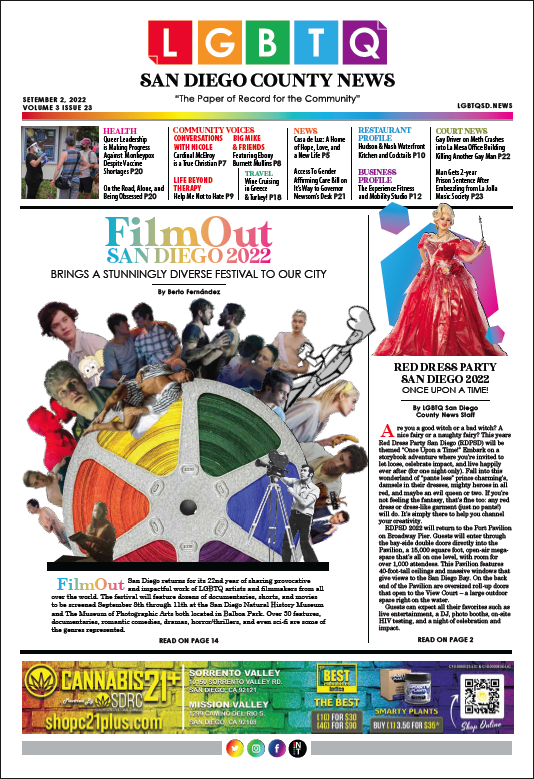