Immediately after “Don’t Ask, Don’t Tell” was repealed, a national letter writing campaign was launched to the Secretary of the Navy requesting a naval vessel be named in honor of civil rights icon Naval Lieutenant Harvey Milk, who was stationed in San Diego while serving during the 1950s. Harvey was reported to Naval authorities for being in Balboa Parks “gay cruising area” and after an investigation, he was asked to resign without an honorable discharge. Harvey Milk fell in love with California while stationed in San Diego and I was introduced to him in the early 1970s by another LGBTQ civil rights icon, World War II Army Veteran Jose Julio Sarria (the first openly gay candidate to run for public office in North America in 1961), he was the founder of the Imperial Court System in 1965 which now has 70 chapters in the US, Canada and Mexico.

People are always asking me why I’m so patriotic and supportive of our military and their families. The answer is this, I come from a proud Mexican-American Military family, my father was in the Army and my brother was in the Navy while I was considered “4F” (not acceptable for military service by the Selective Service System) because I was a homosexual. 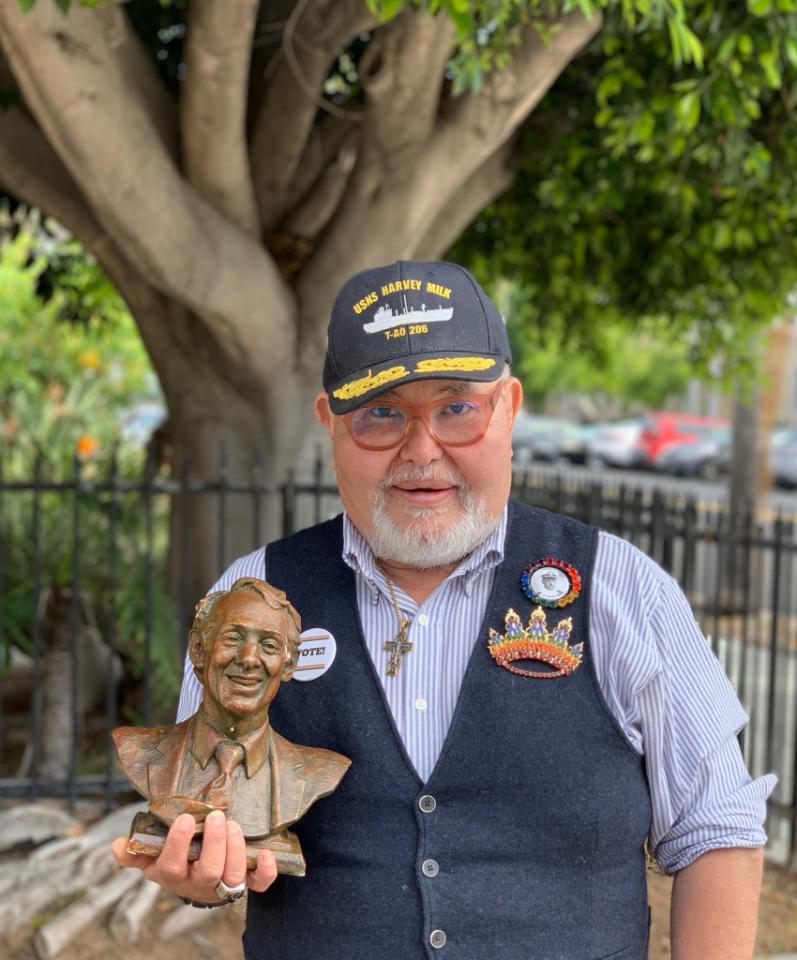 I will never forget when I heard of our success with the navy vessel. I was in Hollywood getting ready to film a segment for Bravo on Andy Cohen’s show Pop History. I was staying at the home of the legendary Coco LaChine in West Hollywood, while getting dressed for filming my cell phone rang and it was Stuart Milk (LGBTQ+ Human Rights Activist, Political Speaker and Harvey Milk’s nephew), he was so excited to tell me that the Secretary of the Navy called the Milk Family to announce the name of the ship. Stewart said, “Queen, you did it again!” Coco and I were dancing on clouds we were so happy and excited. I started to phone members of the International Imperial Court System to let them know of our great success. Soon I got an invitation from the Secretary of the Navy to attend the official announcement of the USNS Harvey Milk (along with three other ships names being announced; John Lewis, Robert Kennedy and Earl Warren). Mayor Kevin Faulconer led a San Diego delegation to San Francisco for the ceremony and I made sure some LGBTQ veterans were included. I have been working with NASSCO, The Harvey Milk Foundation, The International Imperial Court System and now Mayor Todd Gloria’s office for Naval ceremonies to celebrate the building of the USNS Harvey Milk but we were held up because of the Covid-19 Pandemic. Now that Covid-19 related restrictions are lessoning, this week we arranged two private tours of the ship with only 10 people allowed per tour. Stewart Milk flew in to San Diego and so did former San Francisco Supervisor Bevan Dufty who was elected to Harvey’s seat. It’s been just wonderful arranging these historic tours and it looks like the USNS Harvey Milk will be launched this November. I will keep you all posted.

Saturday, May 22, 2021 would have been Harvey’s 91st birthday, Happy Birthday Harvey! 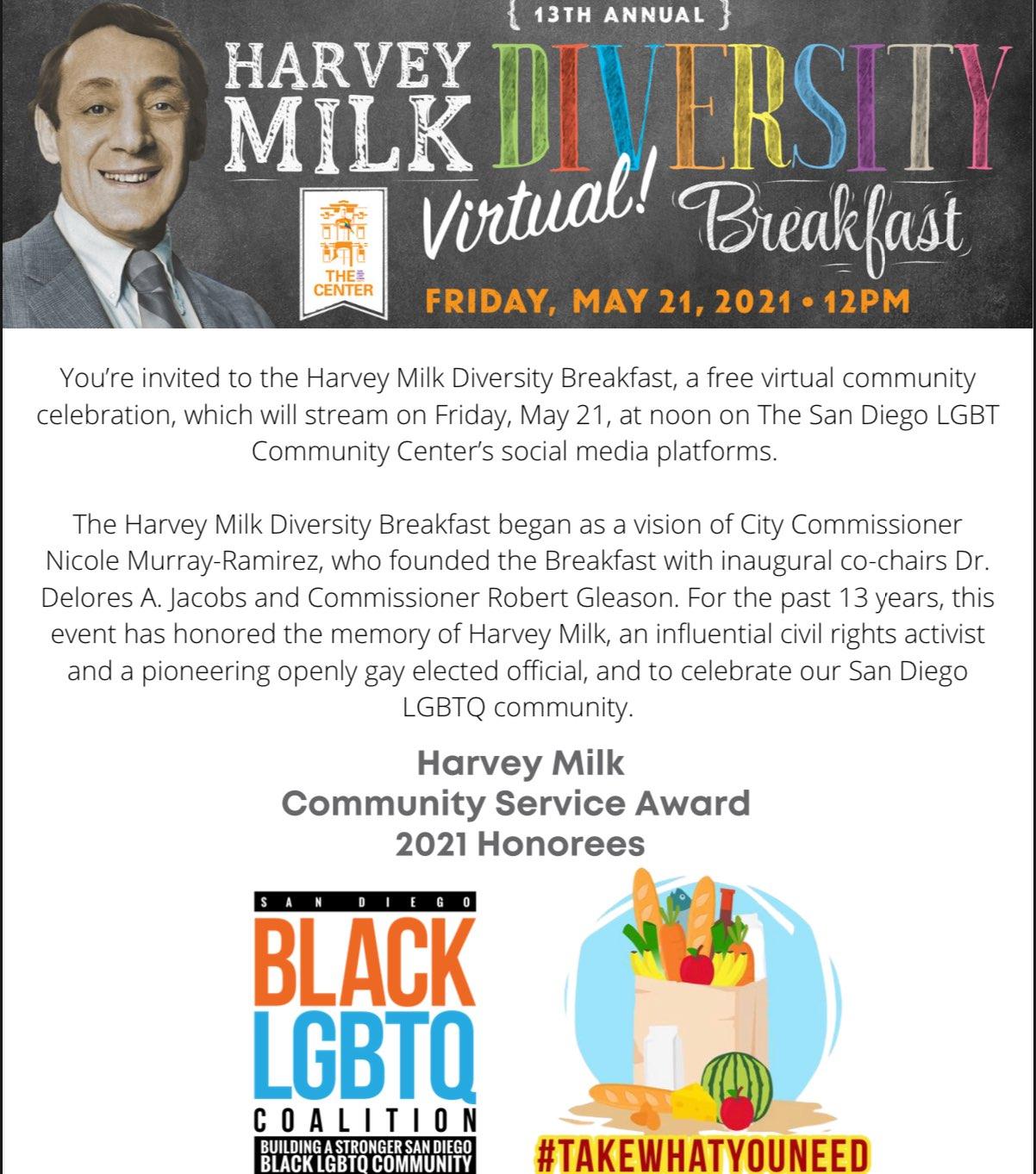 It’s Back to Business for SIR & SON in Hillcrest!