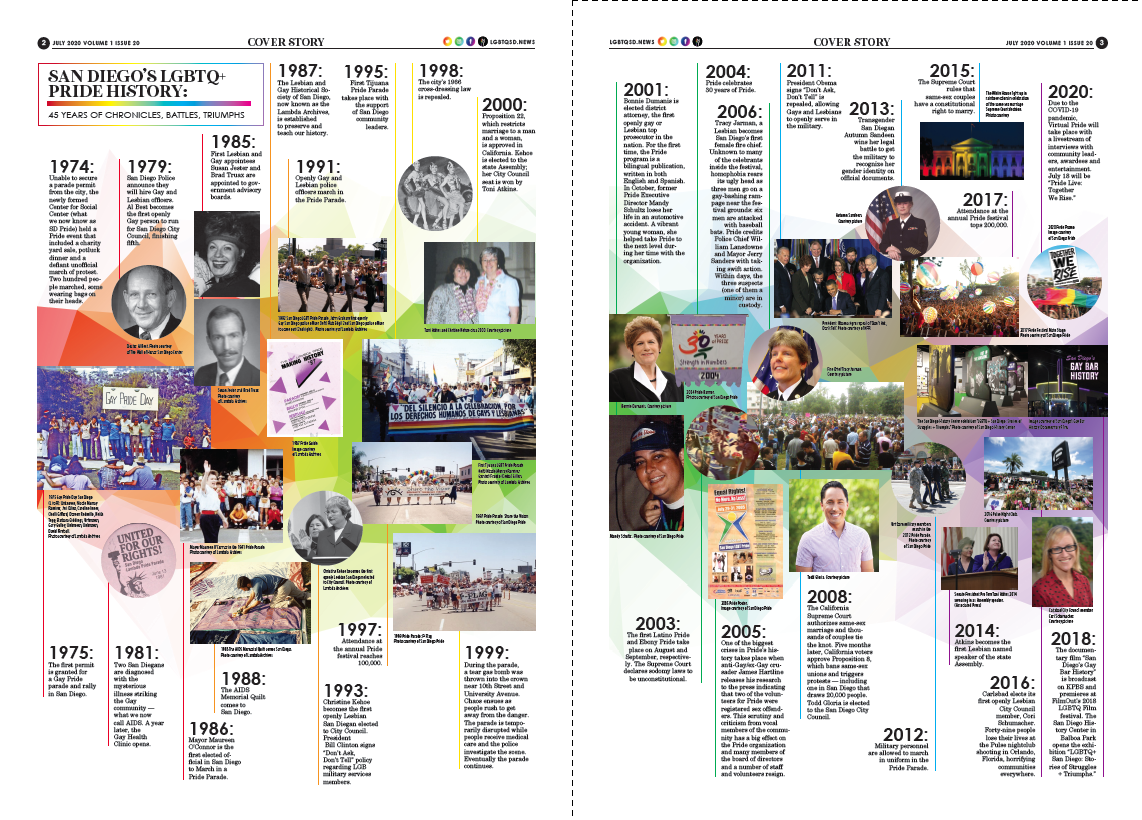 1974: Unable to secure a parade permit from the city, the newly formed Center for Social Center (what we now know as SD Pride) held a Pride event that included a charity yard sale, potluck dinner and a defiant unofficial march of protest. Two hundred people marched, some wearing bags on their heads.

1975: The first permit is granted for a Gay Pride parade and rally in San Diego.

1981: Two San Diegans are diagnosed with the mysterious illness striking the Gay community — what we now call AIDS. A year later, the Gay Health Clinic opens.

1986: Mayor Maureen O’Connor is the first elected official in San Diego to March in a Pride Parade.

1987: The Lesbian and Gay Historical Society of San Diego, now known as the Lambda Archives, is established to preserve and teach our history.

1999: During the parade, a tear gas bomb was thrown into the crown near 10th Street and University Avenue. Chaos ensues as people rush to get away from the danger. The parade is temporarily disrupted while people receive medical care and the police investigate the scene. Eventually the parade continues.

2000: Proposition 22, which restricts marriage to a man and a woman, is approved in California. Kehoe is elected to the state Assembly; her City Council seat is won by Toni Atkins.

2001: Bonnie Dumanis is elected district attorney, the first openly gay or Lesbian top prosecutor in the nation. For the first time, the Pride program is a bilingual publication, written in both English and Spanish. In October, former Pride Executive Director Mandy Schultz loses her life in an automotive accident. A vibrant young woman, she helped take Pride to the next level during her time with the organization.

2003: The first Latino Pride and Ebony Pride take place on August and September, respectively. The Supreme Court declares sodomy laws to be unconstitutional.

2005: One of the biggest crises in Pride’s history takes place when anti-Gay/ex-Gay crusader James Hartline releases his research to the press indicating that two of the volunteers for Pride were registered sex offenders. This scrutiny and criticism from vocal members of the community has a big effect on the Pride organization and many members of the board of directors and a number of staff and volunteers resign.

2006: Tracy Jarman, a Lesbian becomes San Diego’s first female fire chief. Unknown to many of the celebrants inside the festival, homophobia rears its ugly head as three men go on a gay-bashing rampage near the festival grounds: six men are attacked with baseball bats. Pride credits Police Chief William Lansdowne and Mayor Jerry Sanders with taking swift action. Within days, the three suspects (one of them a minor) are in custody.

2012: Military personnel are allowed to march in uniform in the Pride Parade.

2013: Transgender San Diegan Autumn Sandeen wins her legal battle to get the military to recognize her gender identity on official documents.

2015: The Supreme Court rules that same-sex couples have a constitutional right to marry.

2020: Due to the COVID-19 pandemic, Virtual Pride will take place with a livestream of interviews with community leaders, awardees and entertainment. July 18 will be “Pride Live: Together We Rise.” 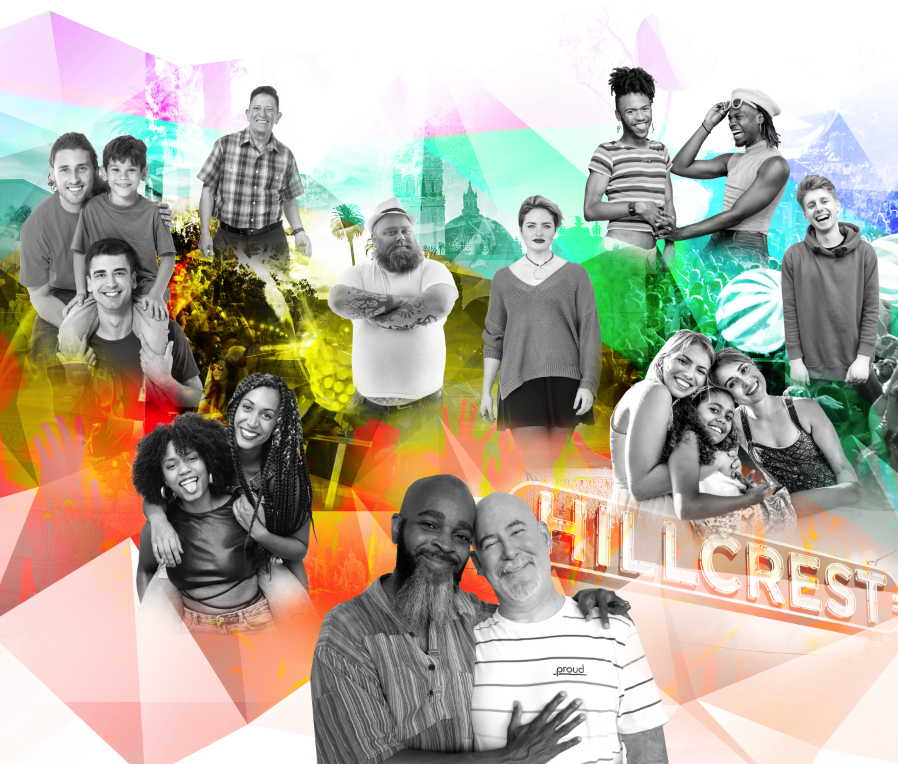 “Covid and Census Calls” Scam Call or Real Call? What to Know