Comic-Con isn’t happening at the Convention Center, but I’m sure you know that they’re putting on Comic-Con@Home – an virtual convention with online panels and more. 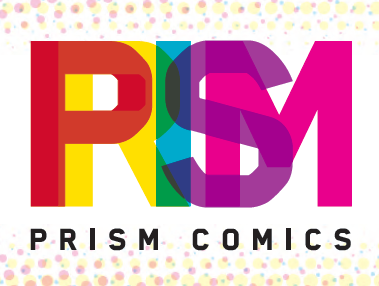 Prism Comics – the all-volunteer nonprofit organization supporting LGBTQ+ and LGBTQ+ friendly comics, comics professionals and readers – is normally “LGBTQ+ Central” at Comic-Con. We will still be out and proud at Comic-Con@Home with three unique panels on LGBTQ+ comics and popular media: A Tribute to Howard Cruse, The Godfather of Queer Comics; Out In Comics Year 33 – the 33rd year of the longest running panel in comics convention history; and LGBTQ Comics and Popular Media for Young People.  These panels feature a diverse group of terrific creators from major publishers, comics, television, animation and film including Noelle Stevenson (She-Ra and The Princesses of Power, Nimona), Mariko Tamaki (Laura Dean Keeps Breaking Up With Me, This One Summer), Gina Gagliano (Publishing Director, Random House Graphic), Brittney Williams (Goldie Vance), Christian Cooper (noted Central Park birdwatcher and former Marvel writer/editor) and many more.

To find out more and see all the panels and people of LGBTQ interest at Comic-Con@Home download the digital PRISM COMICS LGBTQ+ GUIDE TO COMIC-CON@HOME at prismcomics.org

A Tribute to Howard Cruse: The Godfather of Queer Comics

Out In Comics Year 33: Virtually Yours

The world’s longest-running comics panel turns 33 this year and enters the virtual age with Comic-Con@Home! How do LGBTQ and LGBTQ-friendly writers, artists, directors, producers, actors, entertainers and journalists create diverse representation, characters and storylines? In our politicized and polarized world, what kind of heroes do we need behind-the-scenes, and on the page and our screens? Join founding moderator and bestselling author Andy Mangels (Wonder Woman ‘77 Meets The Bionic Woman, Star Trek and Star Wars books and comics), Prism Comics and panelists Christian Cooper (famous bird-watcher, co-creator and writer: Darkhold, Star Trek: Starfleet Academy, editor of the Marvel Swimsuit Specials, Queer Nation), Hazel Newlevant (If This Be Sin, No Ivy League), Noelle Stevenson (She-Ra and the Princesses of Power, Nimona, Lumberjanes) and Tim Sheridan (Super Hero Girls, Teen Titans Go!, Reign Of the Superman) – as they discuss the past, present and future of being Out In Comics!

Elections are just around the corner so please ple