In 1974, Vietnam Veteran Jess Jessop, Attorney Tom Homman, and Nicole Murray Ramirez tried to get a permit for a Pride March/Parade at the San Diego Police Department, only to be refused and told by the person sitting at the front desk, “There will never be a gay parade in San Diego.” Almost 100 anti-war activists, LGBTQ University and College students, members of the Imperial Court, and others marched anyway in spite of being denied the permit. 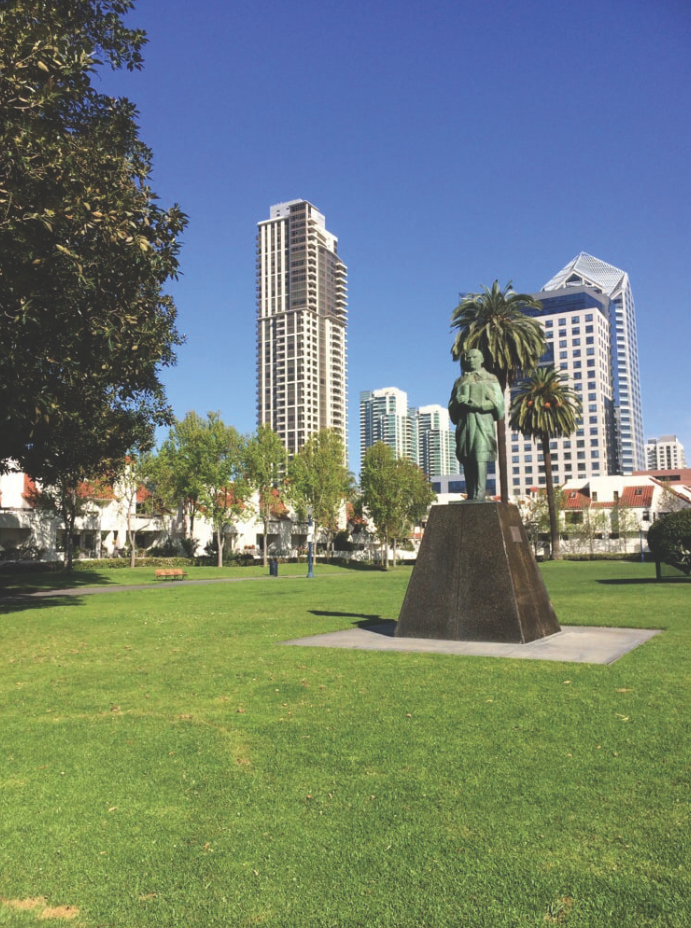 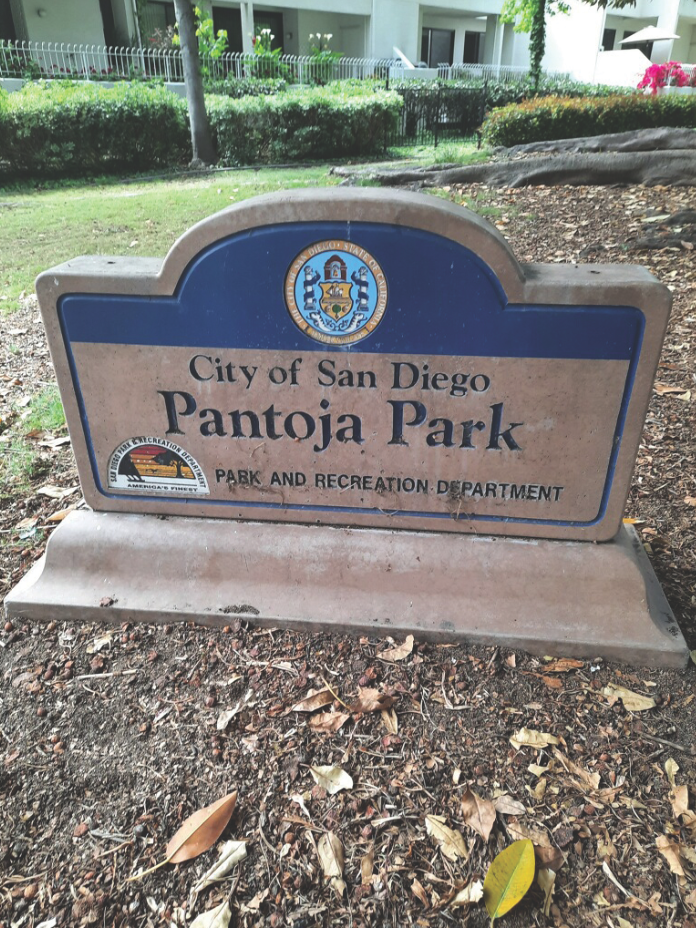 The following year, the three activists engaged the ACLU and threatened to sue the city of San Diego if a parade permit was not issued. After being granted the permit in 1975 (and for following 5 years), the permit was sent directly to the Law Offices of Tom Homman.

The 1975 first “permitted” Pride March/Parade gathered downtown, at what is now Pantoja Park, between Columbia Street and India Street, where Bee Jay’s Bar and Atlas Baths were located. The park remained the gathering place for many years as the Pride Parade then marched down Broadway, turning on Fifth Ave up to Balboa Park, where the first rally was held, also in 1975. Now, the GLBTQ Historic Task Force (the organization that, along with City/County Commissioner Nicole Murray Ramirez, led the fight for the naming of Harvey Milk Street and the USNS Harvey Milk ship) is lobbying and working with the City Council President Pro Tem, Stephen Whitburn, for a city marker to be placed at Pantoja Park, proclaiming it as a historic LGBTQ landmark.