Out at the Fair Returns Sunday, June 12th

Make sure to stop by our non-profit area in the Paddock area which includes community organizations like VIDA, Sisters of Perpetual Indulgence, TurnOut, PFlag San Diego, F.O.G., Bears San Diego, Mom Hugs SoCal, and TransFamily Support Services. All of OATF® – San Diego County Fair activities and entertainment are included with your general admission ticket. This year’s fair does require a pre-sale ticket, no tickets will be sold at the gate day of and they will sell out so buy today. Visit www.OutattheFair.com/sdfair for more information including ticket sales. 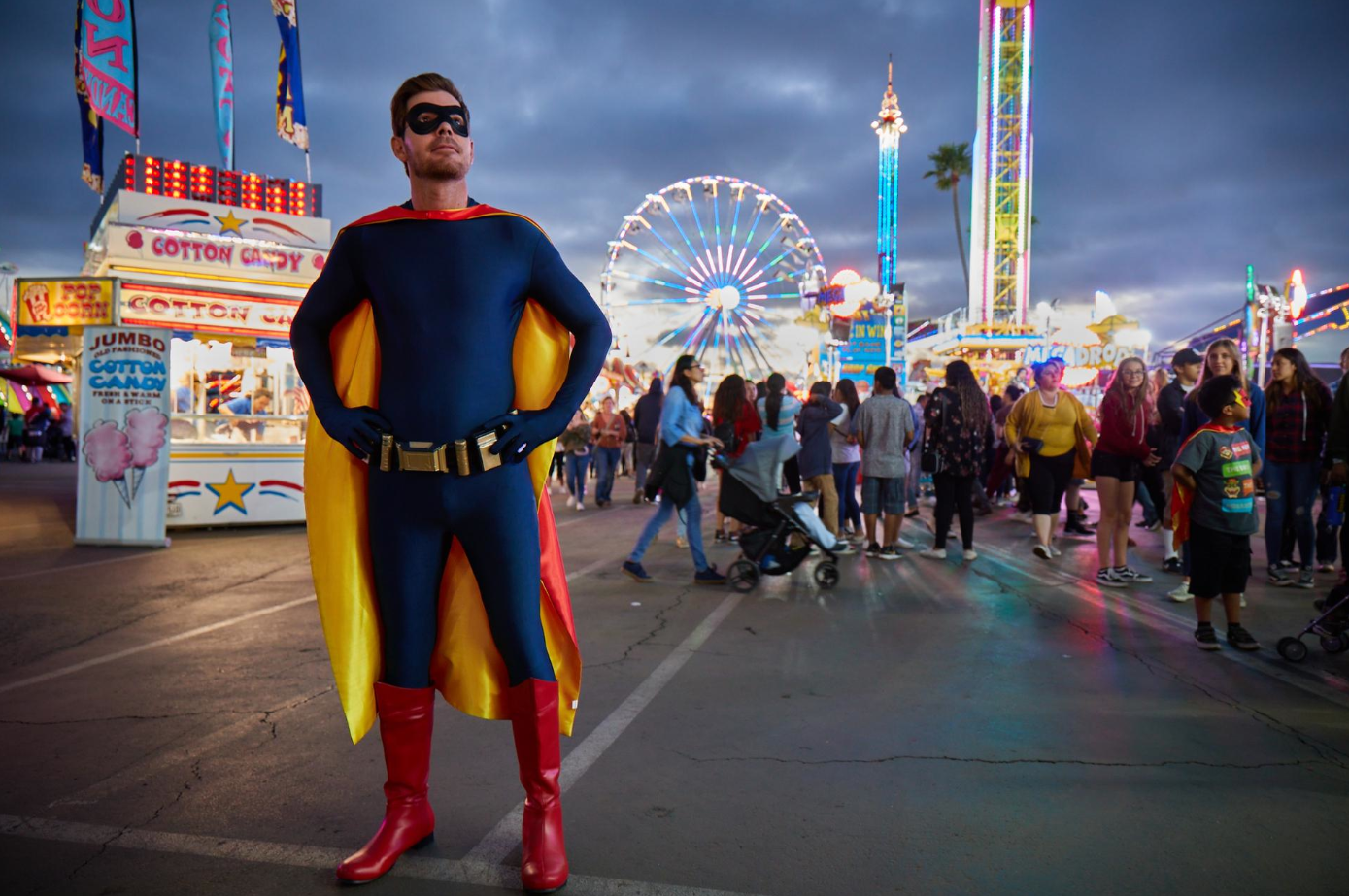 About Out at the Fair®

In 2013, the “Unofficial Gay Day at the Fair” was held at the San Diego County Fair as a family-friendly celebration of the LGBTQ+ community; the festival was a success and was quickly embraced by fairgoers and the community. One year later, it became an official Fair festival and was renamed “Out at the Fair®” (“OATF”). During the following four years, the festival grew considerably in scope and breadth, garnering praise from community leaders and awards from trade associations, as well as expanding to two other fairs. What started as an outing by a group of friends in 2011 – as a simple Facebook check-in – is now the only official LGBTQ+ event in the Fair industry.

Through the years, OATF has gained the support of local LGBTQ+ community organizations, as well as local elected officials and businesses, at the various Fairs where the festival is held.

In July 2017, OATF made the jump to the California State Fair in partnership with the Sacramento LGBT Center – as part of an expansion plan that intends to spread a message of diversity and inclusiveness to Fairs nationwide and abroad. In September 2017, OATF crossed state borders and welcomed fairgoers from Albuquerque and surrounding areas to the New Mexico State Fair, in partnership with Albuquerque Pride.

During their 2018 convention in Reno, Nevada, the Western Fairs Association, a leading trade organization serving the Fair industry in the western United States and Canada, presented Out at the Fair® – with its prestigious Barham Award, which recognizes innovation, quality, and leadership in the field of service. In July 2018, the Marin County Fair in San Rafael was added to the roster. In August, the Santa Clara County Fair located in San Jose was added; in both cases, partnering with local Pride and LGBTQ+ organizations.

In 2019, the Sonoma County Fair in Santa Rosa, CA, Alameda County Fair in Pleasanton, CA & the Orange County Fair in Costa Mesa, CA were added to the OATF® family, partnering with local Pride and LGBTQ+ organizations. In 2022, the Alaska State Fair in Palmer, AK & the Washington County Fair, Hillsboro, OR joined the OATF® Family with their first-ever group photos.