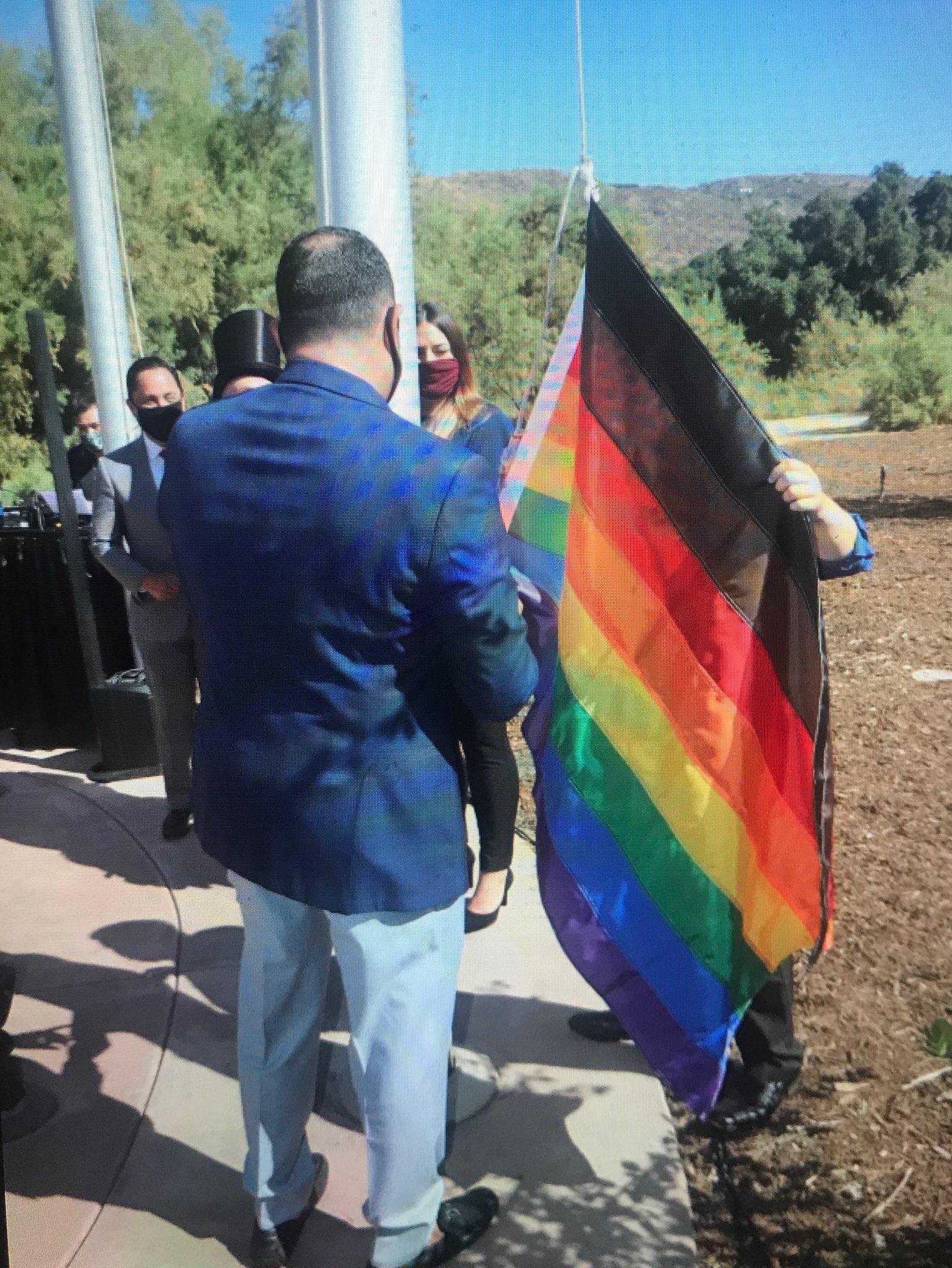 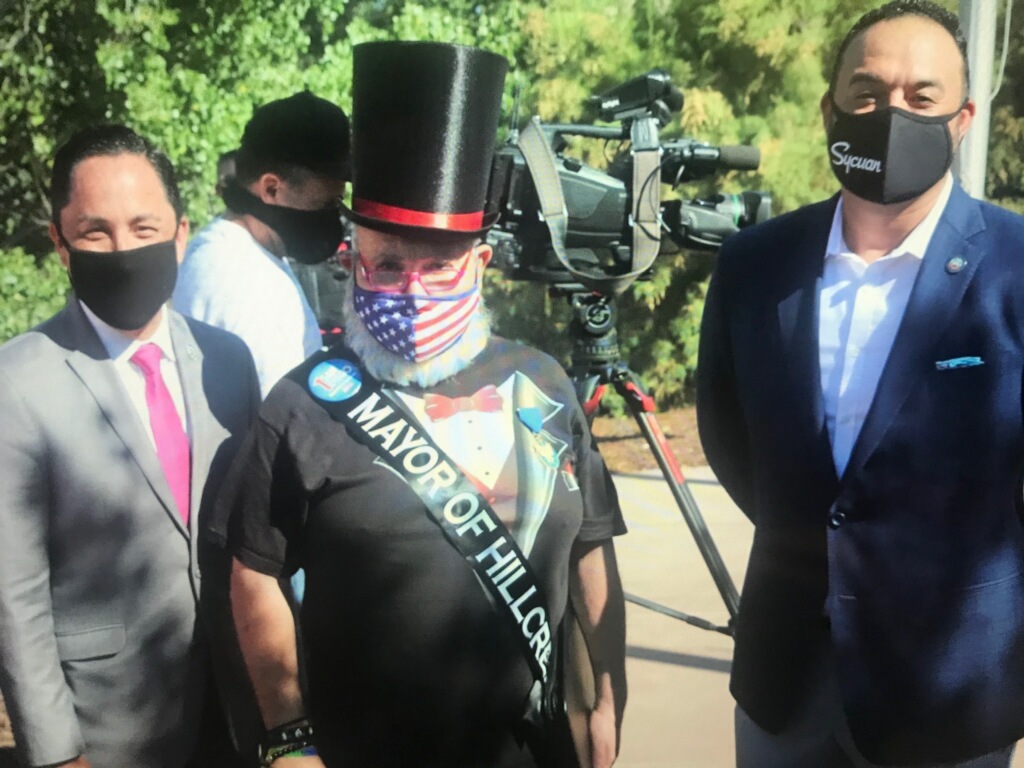 In honor of LGBTQ+ Pride and the long relationship that the Kumeyaay people have had with the San Diego LGBTQ+ community, the Sycuan Band of the Kumeyaay Nation invited LGBTQ leaders and activists for a historic Rainbow Flag Raising Ceremony on Native American land. The San Diego Equality Business Association (SDEBA) co-hosted the event and California Assemblyman Todd Gloria and I were honored to be invited to speak. The Kumeyaay people’s Sycuan Casino has been a longtime supporter of LGBTQ+ organizations, charities and events including the annual Harvey Milk Diversity Breakfast. It is a matter of fact and sad, dark American history how this nation has treated our Indigenous people and Native Americans. In fact, they have been all mistreated in North, Central and South American countries. It is also a matter of history and historic fact that we homosexuals have been accepted and honored as “Two Spirited People” since the beginning of time by Indigenous people and their tribes.

Sycuan Band of Kumeyaay Nation Chairman Cody Martinez and the Tribal Council welcomed us all to the ceremony and among those in attendance were Jeremy Wilson, president of SDEBA; Ian Johnson, of The LGBTQ Center; Andrew Yoshimura, vice president of SDEBA; Big Mike Phillips, who is on Mayor Kevin Faulconer’s LGBTQ Advisory Council; Ms. Rickie Brown, of the Imperial Court de San Diego; Duncan Alexander, of the AIDS Memorial Task Force; and the San Diego Gay Men’s Chorus. This historic ceremony was indeed a most moving and wonderful event to start out our Pride week on the land of our ancestors. I won in the casino, then gambled all my money on the super popular Sycuan slot machines, and “Hell yes, I will be back!” 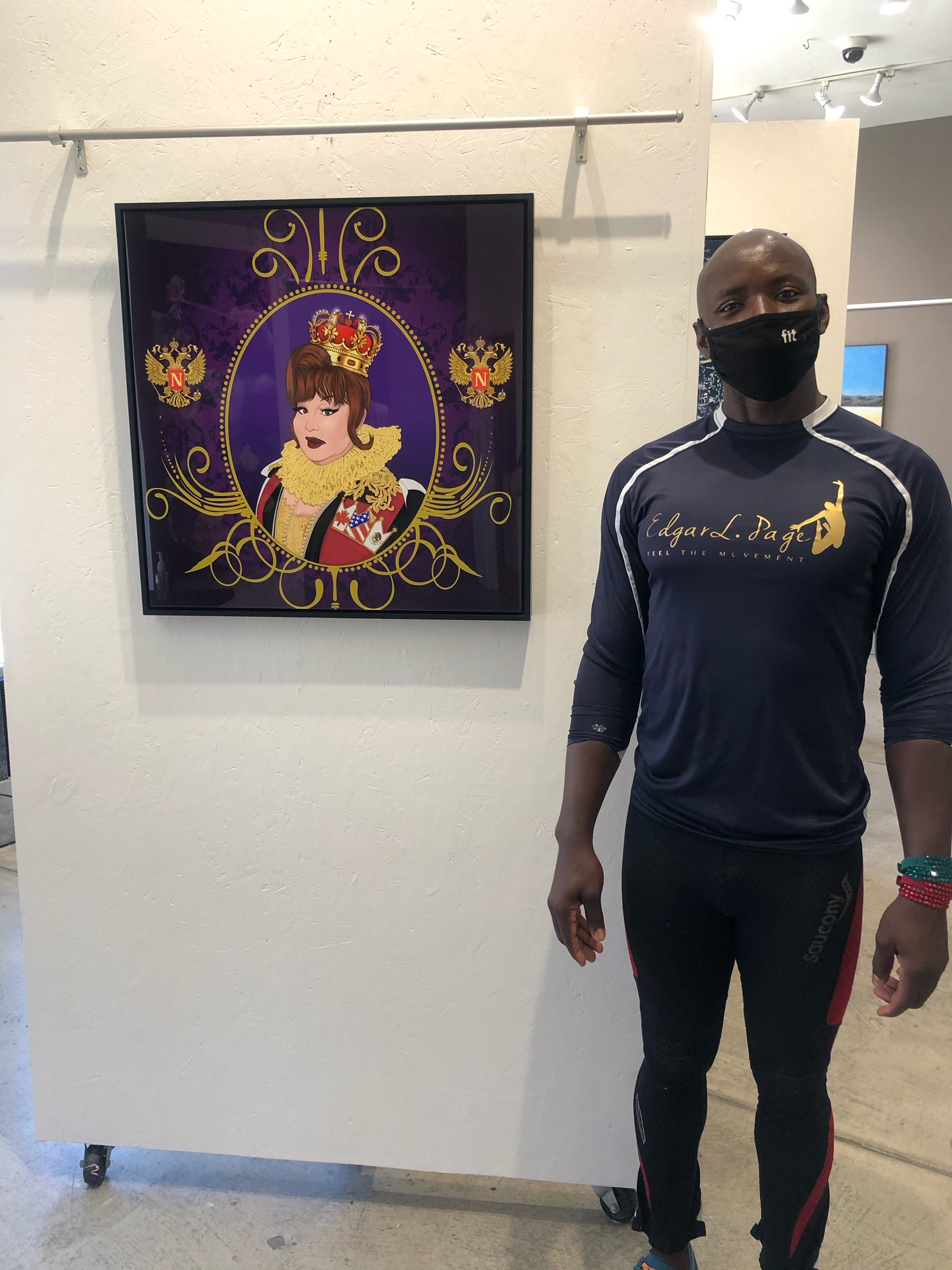 On Tuesday, July 16, during their national exhibition “PROUD+” for Pride month, the Studio Door Art Gallery (3867 Fourth Ave.) hosted an unveiling of the “Co-Founder of San Diego Pride – Nicole” portrait by acclaimed Nigerian American artist Victor Adebayo Adeniran. San Diego first lady Katherine Stuart Faulconer officially unveiled the painting and presented a $2,500 check from Mayor Faulconer and her One San Diego Foundation to the Emergency Food Voucher Fund and Take What You Need Food Distribution (both projects of the Imperial Court) and toured the award-winning art gallery and its Pride exhibit. The portrait may be featured in an upcoming documentary film on my life, of which I am currently in negotiations with a producer who has even made a film on Trump! Stay tuned for more information, and yes, this film will feature the good, bad, ugly and fabulousness of Nicole Murray Ramirez. One of its possible titles comes from a New York Times quote: “Nicole is between 70 and death!” Needless to say, this is not one I like. 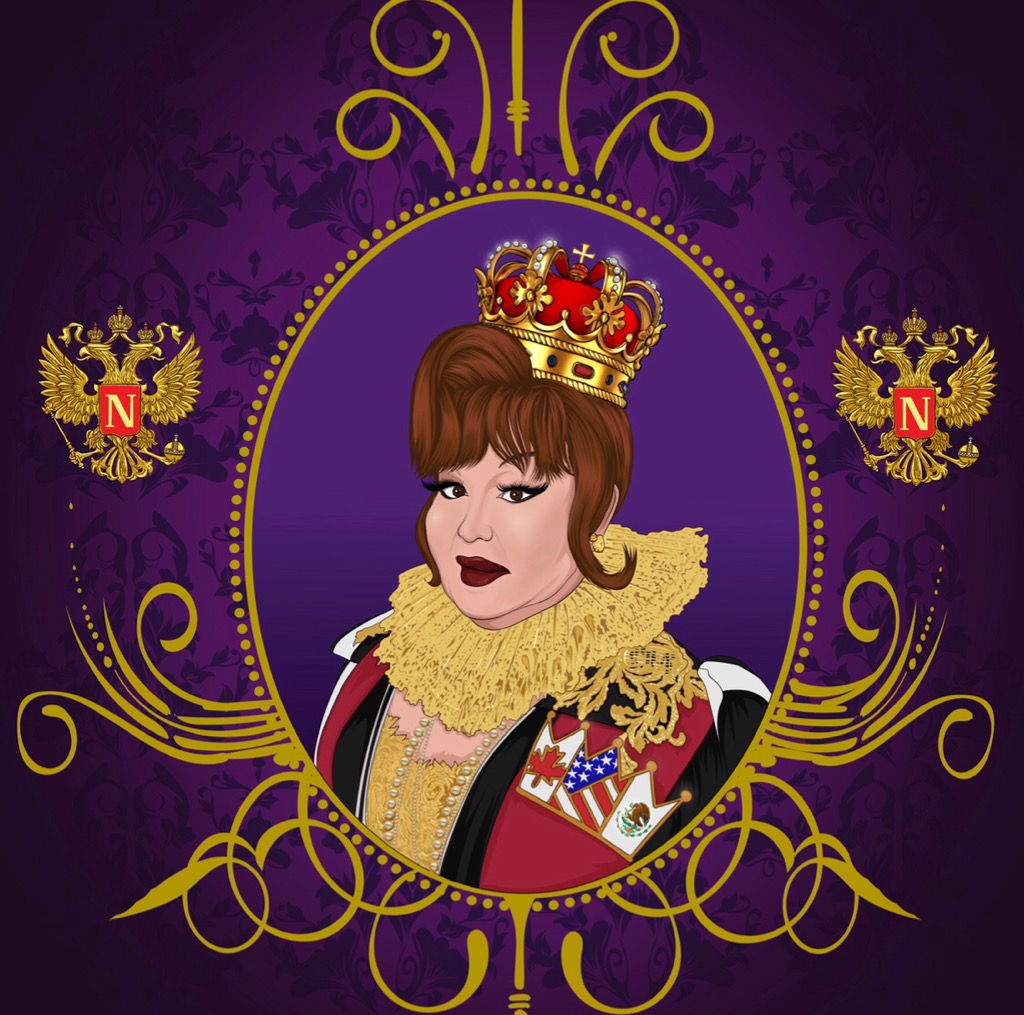 Come Out of the Closet, John Travolta!

One of the best kept secrets for decades is that John Travolta is a closeted homosexual or bisexual. There have been so many scandalous stories and tell-all accounts by even an ex-boyfriend (his private pilot) and a video film star that made the front page of the National Enquirer Magazine, and yes, I know him! Travolta was indeed married to women twice (sadly both died of cancer) and has fathered three children. Word is that Scientology (a cult in my opinion) has a hold on John and has protected him all these years.

With the sad, recent death of his second wife, Kelly Preston, isn’t it long overdue to come out, John? Your secret is about as well-kept as Richard Simmons’ and Liberace’s were!

Elections are just around the corner so please ple

Big Mike want to introduce you to his community fr