Nathan Fletcher and the HRC Victory

When Leon Williams became the first (and still only) San Diego County Supervisor of color, his chief of staff was Neil Good, a gay man who became the second openly gay candidate to run for public office (first was Al Best, second was Good, third was Chris Kehoe) and a past chair of the San Diego Democratic Party. It was under Williams’ term that he pushed for the establishment of the San Diego County Human Relations Commission, with Good being the main point man for its establishment.

Interestingly enough, years later, another gay man Tony Zampela would push Councilman John Hartley to establish a Human Relations Commission for the city. When Williams left the County Board of Supervisors, the conservative members of the board could not wait to remove the commission and did so. San Diego County used to be the national headquarters of the American Nazi Party and there were many hate crimes happening in the county — and sadly, there are many still happening now. During the years after Leon left the board, I worked with Supervisor Ron Roberts and District Attorney Bonnie Dumanis in efforts to reinstate this important commission that has included people of color, religious leaders and LGBTQ+ members. At every effort and after months of lobbying and major staff work of both Roberts and Dumanis over the following years, we could never again gain the third vote that was needed (there are five members of the Board of Supervisors).

Years later, the city of San Diego — with the leadership of Hartley and Zampela — established a Humans Relations Commission that continues to this day. I have had the honor to have been elected its chair for four terms. What I discovered was that more than half of the hate crime incidents were still being recorded with the county.

When Fletcher announced his candidacy for county supervisor, I immediately met with him and gave him the history of the county’s Human Relations Commission and he made a commitment to me that one of his priorities would be to reinstate it and he and his staff (especially Susan Guinn) have been working on it since last year. The recent incidents with Ku Klux Klan and Nazi facemasks in Santee, as well as last year’s shooting at the Chabad of Poway Jewish synagogue and other hate crime incidents against non-documented workers and asylum-seekers within San Diego County, brought more serious support on the County Board and because of Supervisor Fletcher’s intense work and leadership, history was made on Tuesday, May 19, when Fletcher received a unanimous vote in support of reinstating the San Diego County Human Relations Commission. It will now to be rightfully named after Leon Williams, who spoke at Tuesday’s meeting along with senior advocate Bill Kelly, LGBTQ Center Policy Director Rebekah Hook-Held, Councilman Chris Ward’s aide Tyler Renner, and myself. It is rare, especially nowadays, for politicians to keep their promises and commitments but Fletcher has been one of the rare exceptions since his days in the state Assembly when I first met him. Our county…all communities owe him much for this historic victory that benefits all of us! 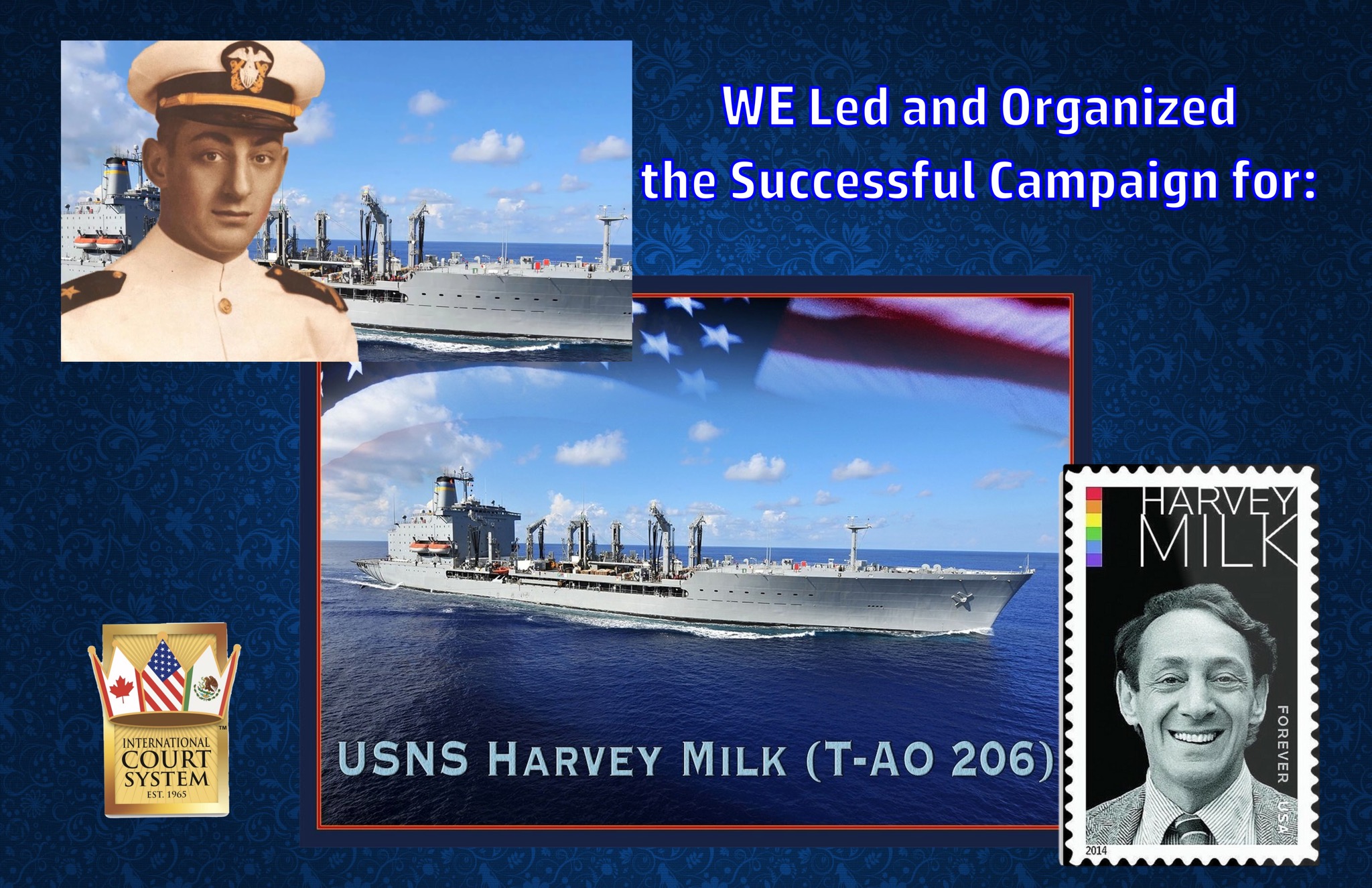 May 22 would have been Harvey Milk’s 90th birthday and the date of the 12th annual Harvey Milk Diversity Breakfast of San Diego County (which had to be canceled). So here in San Diego, we are celebrating his birthday with color wreaths on all the Harvey Milk Street signs in Hillcrest and laying a wreath at his memorial bench in Balboa Park. Mayor Kevin Faulconer will lay the first wreat at the Harvey Milk Street sign. Also, this week Councilman Chris Ward and I are working on getting a plaque in his name dedicated at the Historic Mt. Soledad National Veterans Memorial (thank you for your work on this, Tyler Renner). I had a long talk with Harvey’s nephew, global human rights advocate Stuart Milk, and there will be more exciting announcements coming from the Harvey Milk Foundation. I want to sincerely thank Eddie Rey (Equality Business Alliance), the Imperial Court, Cara Dessert, Rebekah Hook-Held and Carolina Ramos of the LGBTQ Center for all their help and support for the Rainbow Wreath Celebration at Harvey Milk Street and Milk Memorial Bench in Balboa Park!

I had a good talk with officials of General Dynamics (NASSCO) here in San Diego and am happy to report that the building of the USNS Harvey Milk is right on schedule and the next official ceremony, “the laying of the keel,” should take place later this year — right on target!

Don’t Get Scammed Out of Your Stimulus Check