After years of delay, Community Plan is signed into Law

Finally delivering a consistent vision for the people of Barrio Logan that has been lacking for decades, Mayor Gloria signed the Barrio Logan Community Plan Update into law today, replacing an outdated 43-year-old plan to guide future development and growth and to protect current Barrio Logan residents as the community grows.

“The updated Barrio Logan Community Plan represents decades of hard work and community advocacy for an appropriate and consistent vision for this historic San Diego neighborhood,” said Mayor Todd Gloria. “This important update was made possible through unprecedented collaboration of the Barrio Logan community and the maritime industry to address longstanding environmental justice issues and create a brighter future for Barrio Logan while maintaining its unique culture and character.” 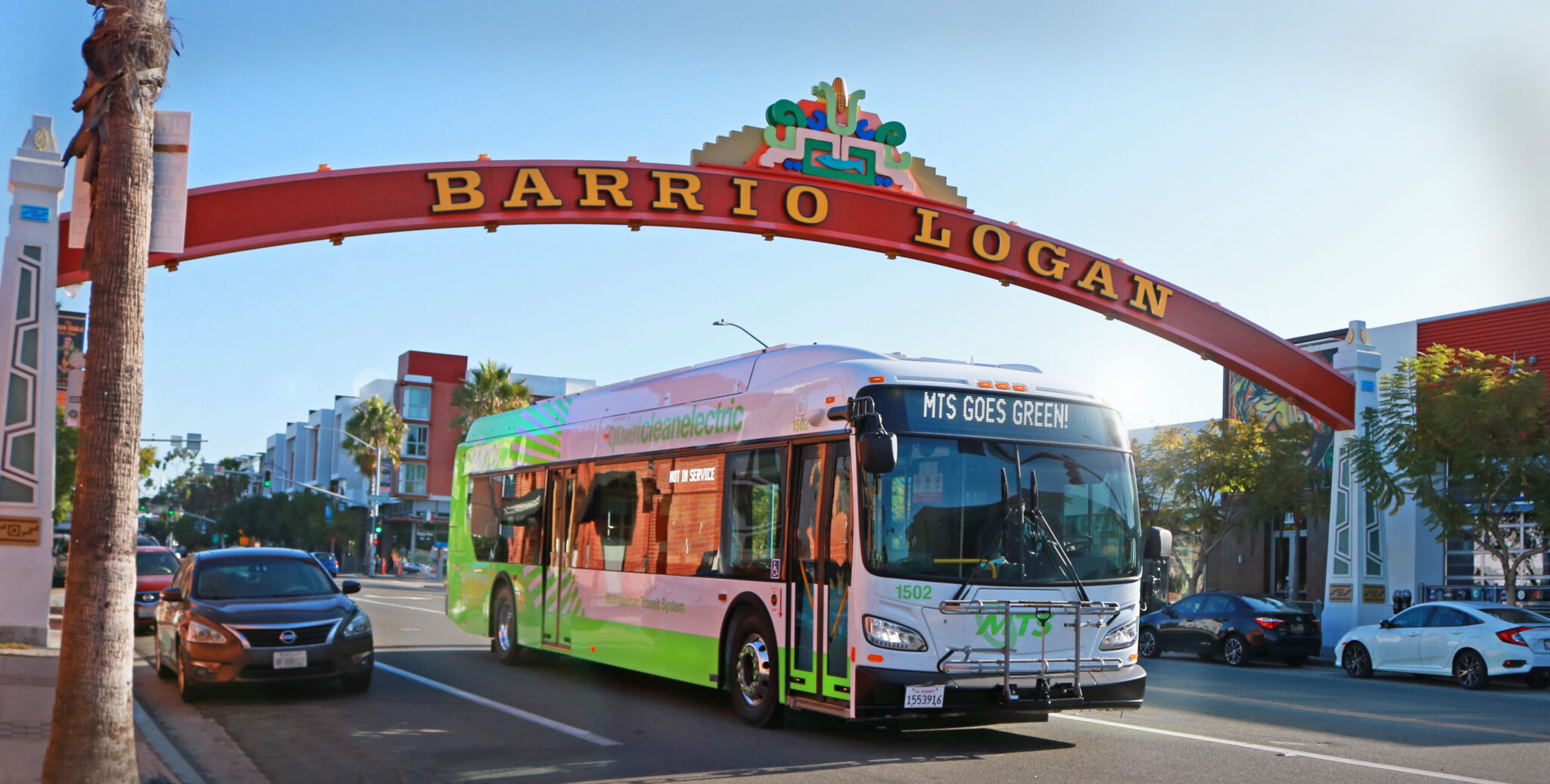 In 2013, the City Council adopted an updated Barrio Logan Community Plan, which was repealed nine months later in a ballot referendum. To move their vision for the community forward, the Barrio Logan Community Planning Group, the Environmental Health Coalition and the shipbuilding and ship-repair industry worked to forge an agreement on land uses that would preserve the working waterfront while protecting neighborhood residents from the air-quality and other environmental impacts of those activities taking place right alongside homes.

“The adoption of the Barrio Logan Community Plan Update is a historic milestone,” said Councilmember Vivian Moreno, representative for District 8. “This plan protects our residents from exposure to pollution, plans for future increases in density and ensures that amenities like parks and transportation infrastructure are built. For many years, the residents of Barrio Logan were left behind by the City of San Diego, and today marks a new day for this community.”

This is the first community plan in the city to include strengthened inclusionary housing and anti-displacement protections to safeguard the community’s longstanding residents. It will enhance requirements for affordable homes to be replaced after redevelopment, lengthen noticing requirements before tenancy can be terminated, strengthen relocation assistance requirements and prioritize existing Barrio Logan residents for placement in new affordable homes.

“Barrio Logan residents deserve to live in a safe and healthy environment, and the maritime industry is important to keep our economy thriving,” said Mike Hansen, the City’s Planning Director. “Barrio Logan has a mix of land uses near each other, which has created a unique set of challenges. We are excited to have a plan that serves our residents and economy.”

“For more than 40 years, Barrio Logan residents have fought for a community plan update to protect them from the polluting industries operating next to their homes and schools,” said Diane Takvorian, Executive Director of the Environmental Health Coalition. “Almost a decade after an industry led referendum defeated their chance at an update, Barrio Logan finally has a community plan that will prioritize their health, air quality and culture, while slowing gentrification.”

In addition, the plan includes revised truck-route restrictions which will direct Port-related truck traffic to designated routes. The plan also envisions more ways for residents to bike, walk and get around; better connections to jobs and services; and access to public space, community amenities, parks and healthy foods. One example the plan identifies is a potential freeway lid park over the I-5 to reconnect Barrio Logan and Logan Heights. The construction of I-5 during the 1960’s divided the Barrio Logan community.

“The signing of the Barrio Logan Community Plan is the culmination of years of hard work and compromise by residents and industry,” said Derry Pence, President of the Port of San Diego Ship Repair Association. “The creation of a transition zone not only protects the residents from the impacts of heavy industrial work, but it also ensures that the industries outside the buffer zone continue to do their work and provide good, high-paying jobs. It is a good day for Barrio Logan and a good day for San Diego.”

“The signing of the Barrio Logan Community Plan Update has been long-awaited by the residents of this neighborhood,” said Josephine Talamantez, Barrio Logan resident. “Now, we can finally feel somewhat safe in our own neighborhood as it pertains to racist land use policies that have affected social justice and racial equity issues — something that other San Diego neighborhoods have never had to think about. The policies dictated by the Barrio Logan Community Plan allow the residents’ collective voices to be heard and addressed.”