San Diego’s oldest LGBTQ+ organization, the Imperial Court de San Diego will be celebrating its 50th Anniversary with two major events. Friday, February 4, 2022 will be the “Imperial State Dinner” and on Saturday, February 5, 2022 the coronation and crowning of our 50th Emperor and Empress. Both events are at the San Diego Marriott Mission Valley. LGBTQ+ Royalty and guests from all over the United States, Canada, and Mexico will be attending the weekend’s events with the anniversary theme “The Triumph of the LGBTQA+ Monarchy”.

In 1971, LGBTQA+ San Diegans began organizing the San Diego chapter of the International Imperial Court System of the United States, Canada, and Mexico which was founded in 1965 in San Francisco and has now 70 chapters all across these three great nations. The first coronation was held in 1972 at the then “Royal Inn” near the Star of India Ship and over 600 were in attendance to see popular bartender Omar and entertainer Tawny Tann elected and crowned as San Diego’s first Monarchs.

Keep in mind that in 1972 homosexual acts were against the law in California and San Diego had a law against “cross dressing”, yes being in Drag! One night outside of the Chi Chi Bar in downtown, Empress Toni Saunders and I were actually arrested together for “cross dressing.”

Imperial Courts early coronations were the first LGBTQ events held in public at a hotel and were the first events that public officials attended. In fact, at one of my coronations as Empress de San Diego, then State Assemblyman Peter Chacon and then County Supervisor Jim Bates attended, and it was the first time they had ever seen me in Drag. 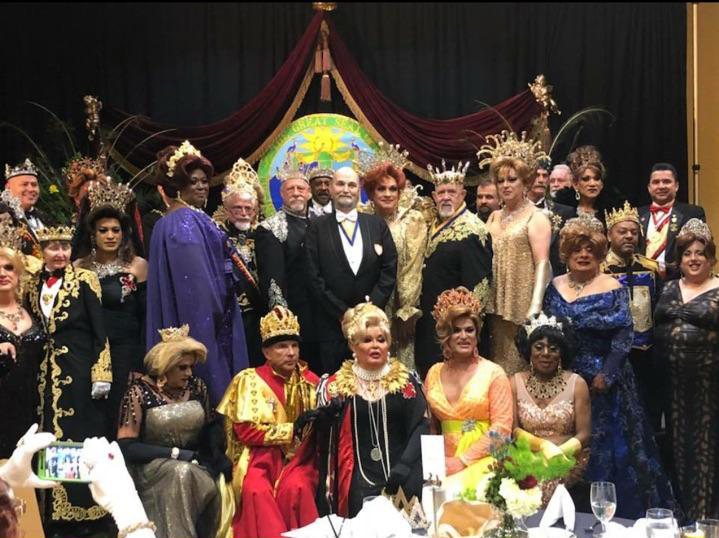 Empress I, Tawny Tann, was African American, Empress III, Ruthie, was a heterosexual woman, and Empress IV was Latino. Many lives have been changed for the better by the noble deeds done these last 50 years by members of the Imperial Court having raised and given out countless hundreds of thousands of dollars, especially during the early years of the AIDS crisis and the current COVID-19 pandemic. The Imperial Court established one of the nation’s first LGBTQ scholarship programs in North America in 1979, and through its Tijuana AIDS LGBTQ Assistance Fund, has provided over $250,000 to meet needs in Mexico including helping recent LGBTQ refugees from all over Central and South America in camps at our borders (American and Canadian Courts have helped fund this outreach to Mexico since the 1980s). 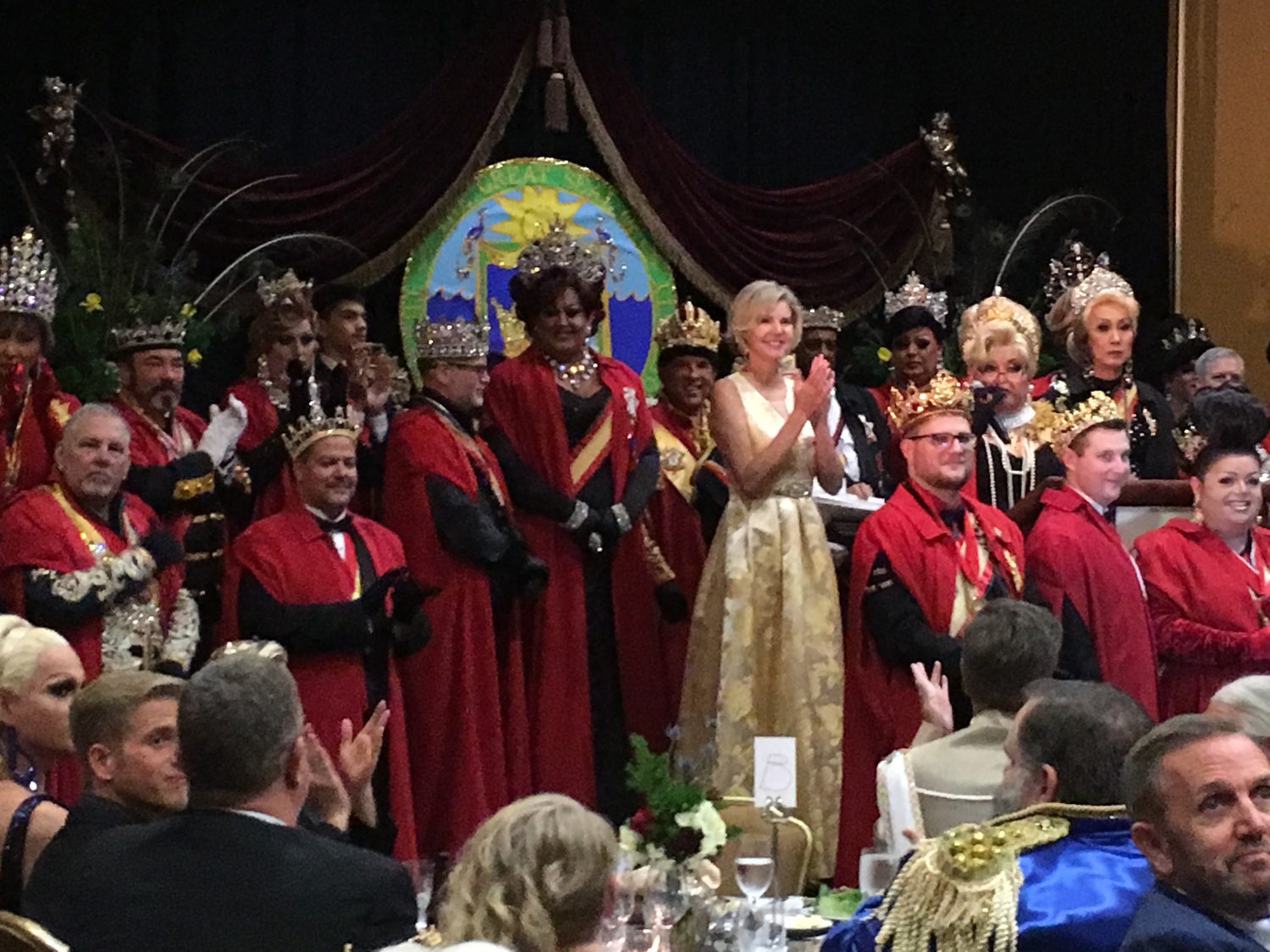 The Imperial Court de San Diego was involved in providing funding against the homophobic campaigns of Anita Bryant (Save Our Children) and then Senator John Briggs campaign which was an attempt to fire all LGBTQ teachers. When the Imperial Court raised money and toys for the “Toys for Tots” in the 1970s, the Marines would not except toys from the “homosexual community”, so the court established the now annual “Toys for Kids Drive.” 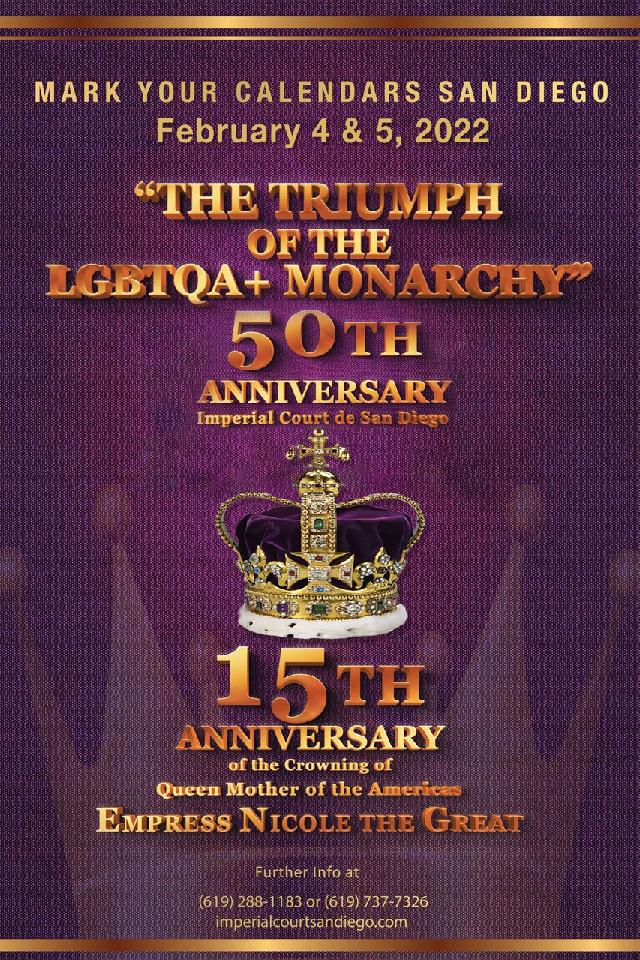 On Friday, February 4th, the “Imperial State Dinner” will be honoring my over 50 years of Latino/LGBTQ activism and the 15th Anniversary of me being crowned “Queen Mother of the Americas” and thus the titular head of the International Imperial Court System by our founder, Empress I Jose. Also, the filming of my documentary will conclude during these 2 events.