Man of the Year – Todd Gloria

Like many, I think it’s important for elected officials to get it. We should want them to get it — to understand the plight of working people, to know the struggle for equity and equality, to value their community and be accessible to the people. In electing someone to represent us, I think it’s important they are like us. That’s exactly who Todd Gloria is.

Many know him as the elected official and dedicated public servant of his community. What some may not

know is that he’s a third-generation San Diegan whose family ended up here thanks to the Navy. His parents, a hotel maid and a gardener, raised Todd in a working-class household teaching him the one lesson that has defined his career in public service: if you truly care about something, then you should leave it better than you found it.

Through his service as a San Diego City Council member, City Council president, interim mayor, and now in the state Assembly, Todd has lived up to that credo. He has shown that he truly cares about San Diego, about working families, about our community, about people. As he likes to say, “Every day, I get up with the sole ambition of making our community a better place.”

Without question, Gloria works harder than anyone to do that – and he does so with compassion, an impeccable work ethic, and even a sense of humor.

At just 41-years-young, we have been able to witness his ascension in our community. From a San Diego Housing Commissioner, to serving on the Mid-City Prostitution Impact Panel, to San Diego City Council member, to being elected City Council president and serving as interim mayor, and now as the Majority Whip of the California State Assembly. And now, he’s poised to be the next mayor of the eighth largest city in the United States – the first LGBTQ person ever elected to that post.

But for Todd, having the title is not enough – it’s what you do with it that matters. That’s why throughout his career in public service, he has resisted the easy road and consistently taken up the harder fights like increasing the minimum wage and mandating earned sick leave for workers, standing against Proposition B and the ripping of pensions away from city employees, and updating the city’s non-discrimination in contracting policy to include “gender identity.” 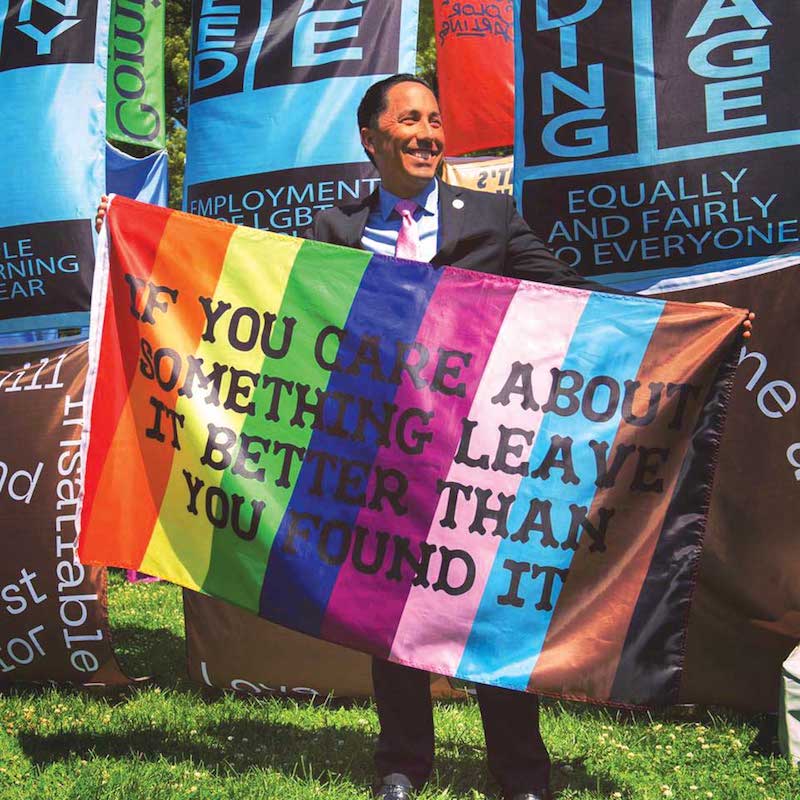 In Sacramento, Todd took on bigger fights like putting forward first-in-the-nation legislation to give transgender foster youth access to health care services that match their self-identified gender identity and increasing housing production at the local level for middle and working-class families.

This list could go on and on, but the point remains: Todd is fighting for us every single day because he has never forgotten where he’s come from. Yes – the titles have changed over time, but the work ethic and the willingness to go forth and fight for everyday San Diegans has never wavered.

Maya Angelou famously said, “When someone shows you who they are, believe them.” In the case of Todd Gloria, he has shown us that he is an effective leader, a genuine public servant, a fighter for the people, one of us, and absolutely worthy of being our 2019 Man of the Year.

As we enter 2020, we have the chance to break a barrier and elevate Todd to the job we have already seen him do effectively once before – mayor of San Diego. From there, the sky is the only limit for our fellow community member, but nevertheless, I guarantee, he will always want us to just to call him “Todd.” 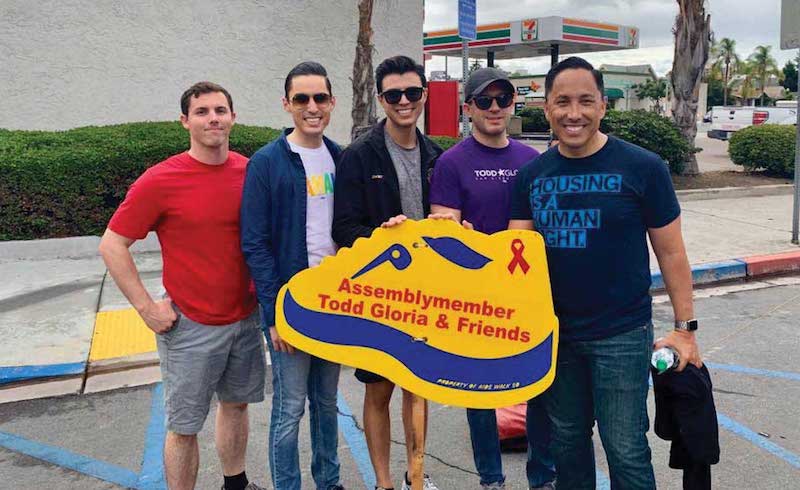