Northcott publicly stated that he does not file domestic assault charges if the violence occurred between same-sex spouses, does not recognize “homosexual marriage,” and would not prosecute Tennessee county clerks who deny marriage licenses to same-sex couples

On Aug. 27 Lambda Legal, Tennessee Equality Project, and Domestic Violence and Sexual Assault Center of Rutherford County, Tennessee filed a formal complaint with the Tennessee Board of Professional Responsibility, whose mission it is to protect the public from unethical attorneys through the attorney disciplinary process, calling for the investigation and disbarment of Coffee County District Attorney Craig Northcott following Northcott’s public statements that he does not file domestic assault charges if the violence occurred between same-sex spouses, does not recognize “homosexual marriage,” and would not prosecute Tennessee county clerks who deny marriage licenses to same-sex couples.

“Coffee County DA Craig Northcott has denied the validity of same-sex marriages and the equal protection of the law to LGBT people. Such conduct violates ethics rules protecting citizens from bias and has no place within the very office designated to enforce the law of the land. Keeping DA Northcott in office will have a chilling effect on the willingness of LGBT people to seek justice and protection.” said Ethan Rice, senior attorney for the Fair Courts Project at Lambda Legal. “District Attorney Northcott’s public comments revealed not only a bias against LGBT people but that he has made discriminatory charging decisions against an entire class of people and intends to continue to do so.”

“LGBTQ people experiencing domestic violence are among the most vulnerable populations in Tennessee. Prosecutors have a duty to treat their cases with the same gravity as all other cases. Discrimination in prosecution endangers our community and erodes the public trust in the criminal justice system.  We join Lambda Legal’s complaint out of a solemn obligation to the LGBTQ community in Coffee County and a hope for equal protection of the laws.” said Christopher K. Sanders, executive director of Tennessee Equality Project and Tennessee Equality Project Foundation.

Northcott’s comments may deter LGBT people from reporting domestic assault, hate crimes, or other violence against them and create a substantial obstacle to accessing the criminal legal system. In Tennessee, this is of grave concern, as the Tennessee Bureau of Investigations (TBI) reported that in 2018 it had received 1,424 reports of domestic violence occurring within same-sex relationships. In addition, according to TBI’s 2018 Tennessee Hate Crime Report, 21.9% of all hate crimes last year were motivated by sexual bias, which includes crimes against LGBT and gender nonconforming people. Tennessee is home to approximately 130,000 LGBT adults according to a report from the Williams Institute, nearly 25% of whom are people of color.

The complaint filed today arises from public statements Northcott made on March 13, 2018 at the Chafer Theological Seminary Bible Conference during a presentation titled “The Local Church’s Role in Government.” During the presentation, Northcott stated that he charges defendants with simple assault when a domestic violence incident occurs within the marriage of a same-sex couple, rather than the charge of domestic assault that he files when the incident occurs in the marriage of a different-sex couple. Simple assault is a lesser charge with reduced punishment implications, so Northcott, with his actions, is stripping LGBT domestic assault victims of the protections afforded under the elevated charge of domestic assault. He justified his reasoning by arguing that domestic violence charges are to recognize and protect the “sanctity of marriage” but “there’s no marriage to protect” when it comes to same-sex marriages. In Tennessee, marriage is only one of the many relationship types that can qualify an assault as a domestic assault.

Additionally, Northcott stated as part of his presentation that he would decline to prosecute county clerks who deny marriage licenses to same-sex couples. Northcott stated his “advice” to the clerk would be to not “succumb” to the rule of law, and to “stand on God’s truth,” explaining that a clerk should deny the couple a marriage license regardless of the potential repercussions or professional reprimand. Furthermore, he implied that he would encourage such clerks to neglect their professional duties stating that he would “pat [the clerk] on the back, give [the clerk] hugs” instead of holding them accountable to the law.

The complaint filed today argues that Northcott violated Rule 8.4(d) of the Tennessee Rules of Professional Responsibility by engaging in conduct that is prejudicial to the administration of justice, as well Rule 3.8 Comment [1] regarding the special responsibility of prosecutors to seek justice and make charging decisions free from discrimination or bias.

Read the formal complaint filed today with the Tennessee Board of Professional Responsibility.

—Lambda Legal is a national organization committed to achieving full recognition of the civil rights of lesbians, gay men, bisexuals, transgender people and everyone living with HIV through impact litigation, education and public policy work. 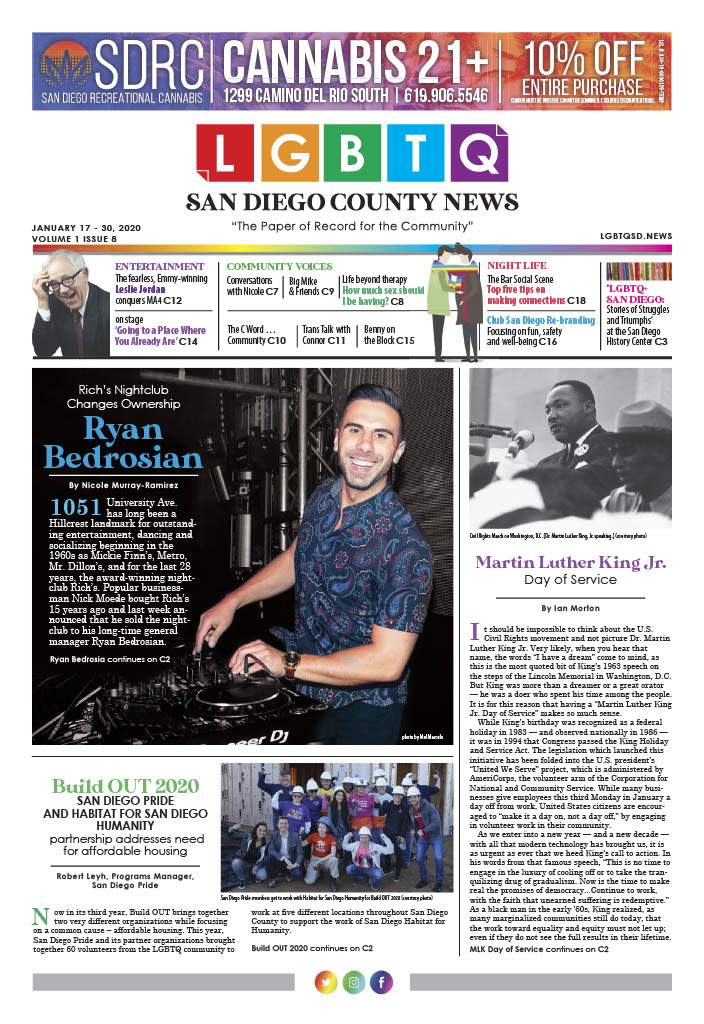