North America’s oldest LGBTQ+ organization and its oldest LGBTQ+ civil rights organization have once again joined forces on a historic project and campaign. The International Imperial Court System of the U.S., Canada and Mexico and the National LGBTQ Task Force have launched a letter-writing campaign to the National Stamp Committee in Washington, D.C. for the issuance of stamps in honor of LGBTQ+ icons Marsha P. Johnson, Sylvia Rivera and Jose Julio Sarria.

Last year, the Imperial Courts and the task force led a successful campaign that resulted in a “National LGBTQ Wall of Honor” at the historic Stonewall Inn in New York City during the 50th anniversary weekend of the Stonewall Riots. Fifty LGBTQ+ pioneers, trailblazers and heroes’ names were placed on the wall and five more were added this year, as will be each year.

LGBTQ+ Americans have helped build this great nation and have indeed been and are a part of the great fabric of America. And thus, distinguished LGBTQ+ Americans should have streets, buildings, holidays, schools, and yes, stamps also named after them as other communities’ distinguished members have been so honored.

The International Imperial Court System led the successful letter-writing campaigns that not only resulted in a Harvey Milk postage stamp but the naming of the U.S.N.S Harvey Milk, which is now being built in San Diego at the NASSCO Shipyard. The Imperial Courts now have 71 chapters in cities across the U.S., Canada and Mexico after being founded in San Francisco in 1965. The Harvey Milk postage stamp was first unveiled at the White House with many LGBTQ+ national leaders and activists in attendance including such allies as Speaker Nancy Pelosi and the late Congressman John Lewis. A postage stamp has been issued in honor of the late astronaut Sally Ride, who happened to be a Lesbian. The issuing of U.S. postage stamps in honor of Johnson, Rivera and Sarria will be honoring legendary and iconic activists who were drag queens/Trans heroes of the LGBTQ+ civil rights movement in the 1960s. 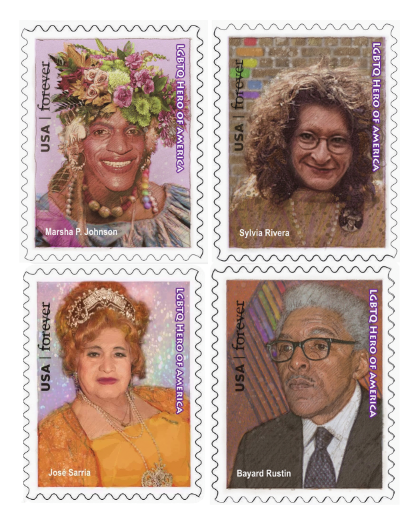 I have often referred to Jose Julio Sarria as the “Rosa Parks of the LGBTQ+ rights movement.” Jose was a proud Latino veteran of War World II and in 1960, became the first openly Gay candidate to run for public office. In 1965, he founded the International Imperial Court System when he was crowned Empress I of San Francisco. Former San Francisco Supervisor Bevan Duffy and I led a successful campaign that resulted in a street in San Francisco being named after Jose, which is right next to the Harvey Milk City Library in The Castro neighborhood.

Marsha P. Johnson and Sylvia Rivera are iconic heroes of the 1969 Stonewall Riots in New York City, which many consider the spark that resulted in the modern-day LGBTQ+ civil rights movement and the beginning of the first “Pride Parades,” which are now celebrated around the world. The governor of New York recently announced that a state park will be named after Marsha P. Johnson and the mayor of New York City has announced that two statues of Johnson and Rivera will be soon dedicated in the Greenwich neighborhood.

Recently, the city of San Diego’s Human Rights Commission made history once again (as it did for the Harvey Milk postage stamp) when it became the first government body to officially endorse the Johnson, Rivera and Sarria stamp campaign and send a letter to the National Stamp Committee in Washington, D.C.

Rea Carey, executive director of the National LGBTQ Task Force, and I are honored to be national co-chairs of this stamp campaign as well as the Bayard Rustin stamp campaign. It is our hope that in a future Biden/Harris administration and with the appointment of a new postmaster general that our LGBTQ+ stamp campaigns will be successful especially in the year of the 55th anniversary of the Stonewall Riots.

‘Please Pass the Salt’: A Guide to Healthy Assertiveness 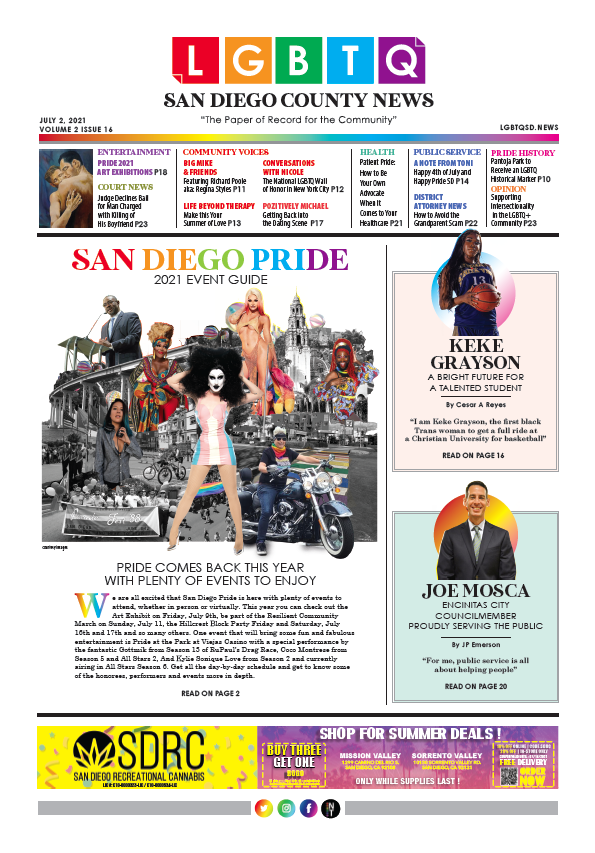