The Imperial Court de San Diego recently arranged to donate comic books, snacks and $1,000 worth of food cards to the Interfaith Shelter Network’s (ISN) domestic violence transitional housing program, El Nido (The Nest), which is a program assisting more than 70 homeless women and children fleeing domestic violence. They achieve permanent housing through this program, one of only two domestic violence transitional housing programs within the city of San Diego and it is one of the few in the ISN that has served San Diego’s “situationally (short-term) homeless” for the past 31 years. 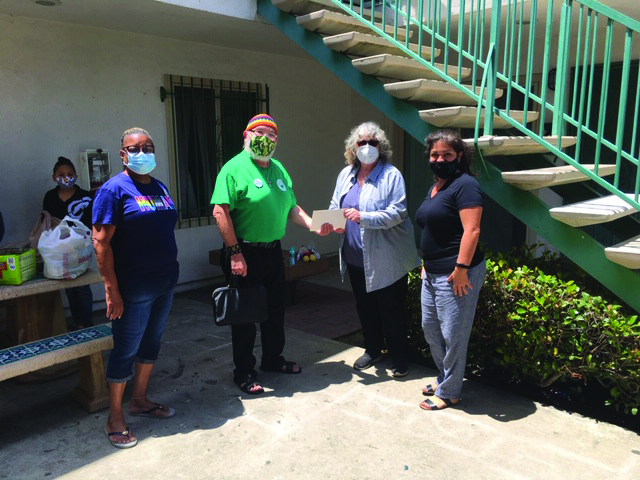 “Our kiddos were so excited to receive the comic books and goodies and our families are so grateful for the food cards” said Trisha Brereton, executive director of ISN. The emergency shelter program has been in continuous operation since 1986; the El Nido transitional housing program for homeless, battered women with children since 1997; and a rapid re-housing program (financial assistance) for low-to-moderate income homeless since January 2014.

Over the years, the emergency shelter program population has reflected changing demographics. While the vast majority of guests in 1986 were homeless men, over the years, the population of homeless females has increased as well as, most recently, homeless families with children. Today, 70% of ISN’s residential shelter clients countywide are families with children, 10% are single men, 10% are single women, and 10% are couples without children. Approximately 42% are Caucasian, 29% are African American, 27% are Hispanic, 1% are Native American, and 1% are identified as “other.” 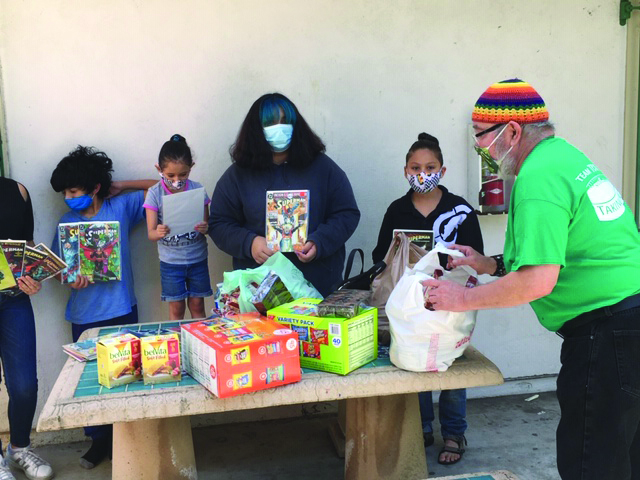 In 2017, 52% of guests exited for more permanent housing, 23% were employed upon leaving, and 78% of adults exited with either a job or an income to which they were entitled. While client outcomes vary from year to year, the program has an overall success rate of more than 50% in all three outcomes.

ISN opened its first transitional housing program in 1990 to serve homeless families at five scattered sites. This program evolved into the El Nido Domestic Violence Transitional Housing Program in 1997, when ISN purchased an 11-unit apartment building with the help of a HUD grant.

Now in its 23rd year of operation, El Nido has provided case-managed transitional housing for more than 245 families recovering from domestic violence. Historically, more than 85% of them have met their personal goals, successfully graduated the program and achieved permanent housing.

Program staff includes one full-time program manager who oversees all aspects of the program, reports to funders and ISN leadership, and is responsible for the smooth operation of the program. One full-time case manager works closely with program participants, provides one-on-one case management, crisis management, support, referrals and advocacy as needed to ensure participants achieve their individual goals. Program staff has a combined total of 36 years of experience working with victims of domestic violence and receives continuous trainings to ensure program best practices. Program staff works with on-site counseling services to schedule services and engages a part-time children’s art teacher and computer lab technician.

The program is partially supported by a variety of funding sources, including private and corporate grants, individual monetary donations and in-kind donations of goods and services.

Every year during Pride in July, San Diego Pride h

Our newest columnist Ziggy Zig wants to talk about

Lets start the weekend with a word with Michael Ki

Friday calls for art. of our latest Artist Profile

Toni Atkins wants to look at the bright April Ahea

San Diego API Coalition: A Way for the API Communi

The folks at The Studio Door invite you to enjoy t