In honor of Women’s History Month, I caught up with two of our “Trans Elders” and asked them about their personal history. It’s important that we never forget where we came from and honor the struggles and triumphs of those who came before us. I wonder how many of our young activists today fully understand how our world was changed for the better by many Trans Activists from the last couple of decades. I asked each of them three questions and here are their answers. 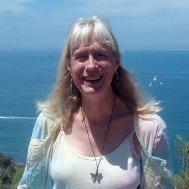 Tell us a little about yourself, what would you like the community to know about you?

I was a Trans Rights Activist in the late 90s and early 2000s. Much of my success was in the workplace, convincing companies to add trans-inclusive language to their nondiscrimination policies and to cover Trans health benefits on their company insurance.

I didn’t transition until 2001, so I’ve always advocated for nonbinary workplace rights. My experience was the companies had no problem dealing with gender-fluidity, as long as I didn’t expect my pronouns to match how I looked that day.

I decided early on not to try to pass, but instead to seek acceptance. I educated more people just by being myself, being polite and well-groomed while everyone I met knew I was Trans, because of my voice.

What do you consider to be something you are especially proud of?

In 1997 there were no trans-inclusive nondiscrimination policies in corporate America. I worked for Lucent Technologies, which had great LGB policies, but I had to stay closeted. I asked HR to add trans-inclusive language, and they asked for language that was “as inclusive as possible”. I suggested “gender identity, characteristics, and expression”. In November, Lucent became the first Fortune 500 Company with trans-inclusive language in their EO policy. I waved the flag to ask other companies on board, adding Apple in 1998 and more over the years.

There wasn’t any coverage for surgeries, hormones, or even counseling back then. I pushed Lucent to add coverage, finally succeeding in 2000.

Most companies worried it would be too expensive to cover Trans health benefits. I did a study in 2001, calculating the cost at 17 cents per insured, and gave a workshop at Out & Equal each year until 2007. Knowing it wouldn’t break the bank helped other companies add coverage.

How has being Trans affected your life, either positive or negative?

I was a late bloomer. Unlike most Trans women, I had no clue I was different until fourth grade. For two decades, I thought it was all about the clothes. I didn’t completely present as a woman until I was 32. I thought I was a cross dresser for another decade, until I finally realized I identified as a woman.

Being Trans has cost me two marriages to ciswomen, one who could not tolerate my being a cross dresser (but who left me for a woman, go figure), another who supported me until I needed to transition, but who “never signed up to be married to a woman”. That led to dating while trans, which is really hard! I had a lot of bad dates and failed relationships before meeting Katie, my soul mate.

As a white man, I knew I had privilege. When I transitioned, I expected to lose male privilege, but with a positive attitude and a willingness to help, people still listened to me. That and getting to live in the paradise that is San Diego have made me thankful for a great life. I’m writing it down now in a memoir, which I hope to publish later this year.

Thank you, Mary Ann, for the amazing advocacy you’ve done for all of us and for being out and proud in the workplace. 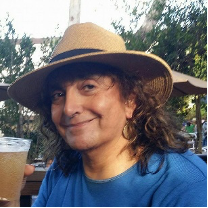 Tell us a little bit about yourself. What would you like the community to know about you?

I am nearly 70 years old now and I transitioned in 2005, almost 16 years ago. Never in my wildest dreams did I ever think that I would be a woman for the remaining years of my life. I was married for 25 years, was a good father and had two great kids that continue to be incredibly supportive of my transition. I now have four grandsons. They range in age from 2 years old all the way to high school. I am a land planner and a landscape architect that also happens to be a musician. I married another trans woman in 2007 and have been (mostly) happily married since. We live in South Park and my office is in downtown San Diego.

What do you consider to be something you are especially proud of?

There are two things that I’m especially proud of. One is raising two incredible children with very open minds and a love for life, creativity and freedom and their children are showing the same characteristics. I think I taught them well. The other major thing that I am most proud of is having a positive impact on the quality of life in San Diego as a landscape architect. My proudest achievement it is preparing the master plan for Balboa Park as well as the first New Town plan for Otay Ranch and many other projects throughout the region. I have volunteered much of my time to many local nonprofit organizations in an effort to make San Diego all I could be, for example, I was an Art Commissioner for the City of San Diego for 9 years, am on the board of San Diego Canyonlands and Groundwork San Diego as well the Maritime Museum.

How has being trans affected your life, either positive or negative.

I can honestly say and I do not regret being trans for 1 minute. I have felt this way since I was 10 years old and I never told anybody until I was 53 years old. Admittedly, it was hard keeping all of that inside. I am most proud and the fact that I have helped change people’s attitudes towards trans people, making them understand that it does not matter if you are trans. Trans people can contribute positively to society like anybody else can. You can still lead and make change for the better!

Thank you, Vicki, for all your beautiful work in our city and also for being such a visible member of the Trans Community. I know you have changed many hearts and minds.

Remember, it’s not always about being Trans. You can make a positive impact on your community and the lives of others, just by being yourself and following your passions.