Jan. 21, 2020 was the 67th anniversary of the entrapment and arrest of black civil rights leader Bayard Rustin on morals charges in Pasadena, California. State Senator Scott Weiner held a press conference in the state Capitol calling upon Governor Gavin Newsom to issue a posthumous pardon. Senator Weiner was joined at the press conference by the Black Legislators Caucus and the LGBTQ Caucus (which Assembly member Todd Gloria is state vice-chair of) and also spoke at the news conference. San Diego Assemblywoman Shirley Weber also gave remarks as well as San Diego City Commissioner Nicole Murray Ramirez, who is the founder and national chairman of the campaign to get a Bayard Rustin his own U.S. postage stamp (Commissioner Ramirez was also the national chair of the Harvey Milk U.S. Postage Stamp Campaign). The National LGBTQ Task Force and the International Imperial Courts System are co-sponsors of the Bayard Rustin National Stamp Campaign.

Bayard Rustin was openly homosexual in the 1950s and ’60s when being gay was not only illegal but homosexuality was considered deviant and perverted and many LGBTQ Americans were actually committed to state mental hospitals just for being gay.

Rustin was the primary architect of the 1963 March on Washington, was a mentor and close friend of the Rev. Dr. Martin Luther King Jr. and was actually the main planner of the Montgomery, Alabama bus boycott. It was Rustin who introduced Dr. King to Gandhi’s principles of nonviolent resistance.

Homophobia and racism were both alive and well when Rustin was arrested. In fact, the two white men who were arrested with Rustin on Jan. 21, 1953, were released from the police station while Rustin spent 50 days in jail. He is considered one of the most prolific organizers of the black civil rights movement.

Assemblywoman Weber, who is the chair of the California Black Caucus, stated that without Bayard Rustin, there would not have been the March on Washington, the bus boycott or the Selma demonstration. 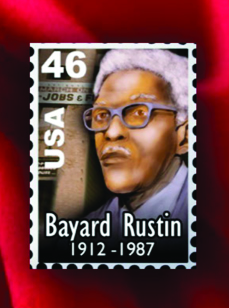 Senator Weiner stated that Rustin’s arrest was really about him and so many other homosexuals being victims of homophobia.

Commissioner Ramirez praised Senator Weiner for acting so quickly after the two met last year in San Francisco concerning the Bayard Rustin National Stamp Campaign. It was Senator Weiner who came up with the idea of petitioning the governor. And we will always be grateful for his leadership on this issue, stated Commissioner Ramirez, who also read a letter from Rustin’s surviving partner Walter Naegle.

Neagle is a civil rights advocate in his own right and on Nov. 20, 2013, he accepted the Medal of Freedom from President Barack Obama in honor of Rustin’s life’s work. He and Sally Ride’s partner, Tam O’Shaughnessy, were the first LGBTQ partners to accept the award for their late partners.

The annual Bayard Rustin Honors will be held March 13, 2020. This event honors LGBTQ African American activists and allies and is sponsored by the Imperial Court de San Diego and the LGBT Community Center. For more information on the Bayard Rustin National Stamp Campaign or Rustin Honors, please call 619-241-5672 or 619-737-7326 or visit thecenter.org or imperialcourtsandiego.com. 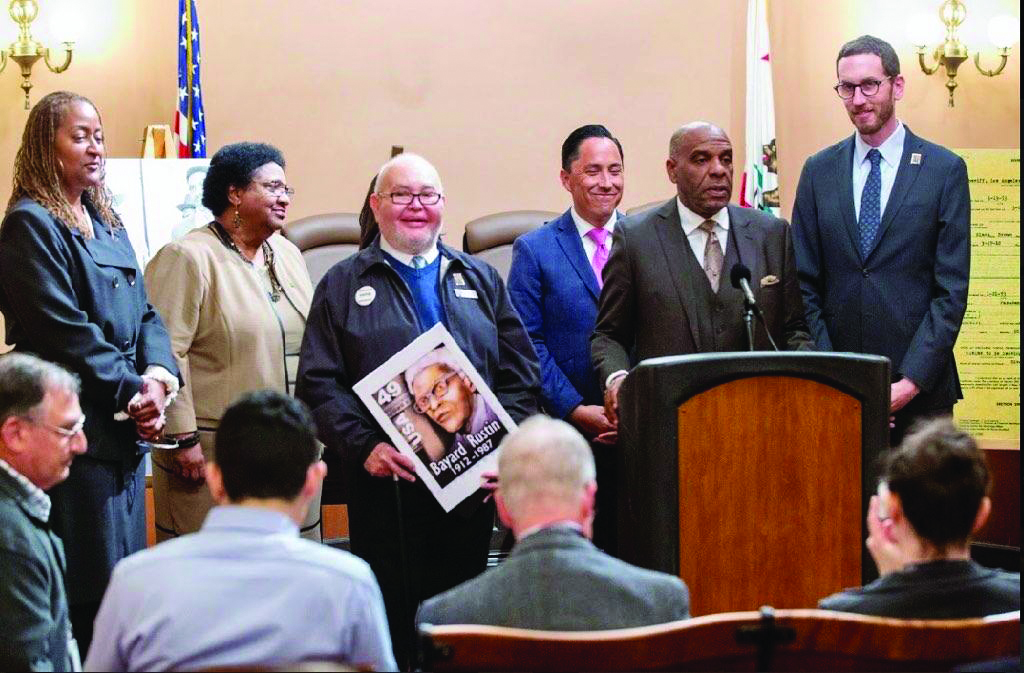