Fellow LGBT community member and acclaimed chocolatier, Will Gustwiller, is celebrating the 15th anniversary of his South Park business, Eclipse Chocolate Bar & Bistro. In addition to a series of events on tap through the end of the year, Gustwiller introduced a special lavender-salted chocolate-toffee bar commemorating the anniversary. Using 38 percent fair trade cocoa, it also features white chocolate and cocoa nibs. The bar is available at the store and online for $9.

Among the events planned, Eclipse will hold multi-course “supperclub” dinners on Oct. 11 and 12, with each featuring “15 small bites.” The menu draws upon signature dishes the bistro has presented over the past 15 years. They include bacon-wrapped dates with cocoa balsamic glaze; golden beet carpaccio with candied cocoa nibs; and chicken-fried steak with garlic and vanilla-bean sausage gravy. The cost is $75 per person (tax, tip and beverages not included). Reservations are required. 2145 Fern St., 619-578-2984, eclipsechocolate.com.

Despite rumors that Sirens Bar & Restaurant in Hillcrest has closed for good, owner Frankie Terzoli recently stated to us via text message: “We are 100% … we are reopening.”

The seafood-centric restaurant announced Aug. 6 on Facebook that it was temporarily closing for a “refreshing remodel” even though it had undergone some design changes when it took over the space from Pardon My French. The notice further states the restaurant is estimated to reopen this month even though its phone number remains out of service.

As of press time, Terzoli has not responded to our inquiries regarding details about the remodel or when business will resume. 3797 Park Blvd.,
sirenssd.com.

Biscuits and gravy as well as pies cooked in cast-iron skillets will take center stage at Sunny Boy Biscuit Co. in Hillcrest, which is due to open by early November in the space last occupied by The Smok’d Hog. 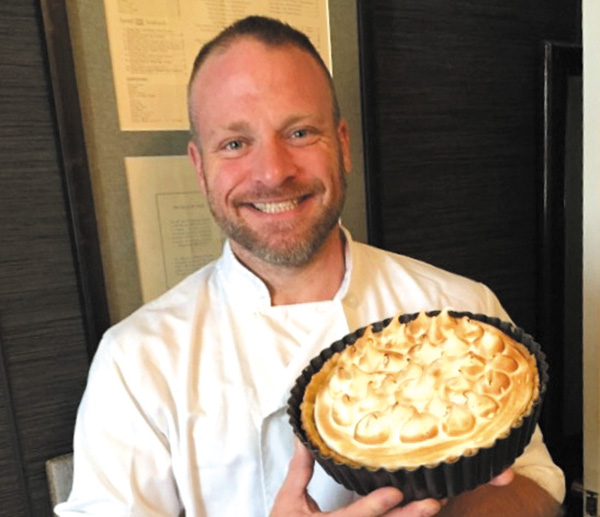 Owner Gabriel Ferguson grew up in a Washington State farming community with food and recipes that closely resembled those from the South.

“I’ve always wanted to do comfort food and pie in a restaurant concept,” he said while revealing to us some of his upcoming menu items.

There will be various themed biscuits and gravy, such as California-style with carne asada, a chicken cutlet version, and another based on Sunday-style roast using a rotating selection of meats. Biscuit sandwiches will also be available, along with scratch-made cast-iron pies such as pumpkin, pecan and lemon to be sold whole and by the slice.

Ferguson will maintain his catering/private chef business that he has run for nearly 10 years under the name Dine In. 3749 Park Blvd, 619-850-8939,
sunnyboybiscuitco.com.

At last, a genuine giveaway celebrating one of those many “food holidays” declared usually by unknown entities. In this case, it’s National Guacamole Day on Sept. 16, for which most locations of Rubio’s Coastal Grill will offer free chips and guacamole with the purchase of any order. Simply redeem the online coupon at rubios.com/coupons/national-guacamole-day. 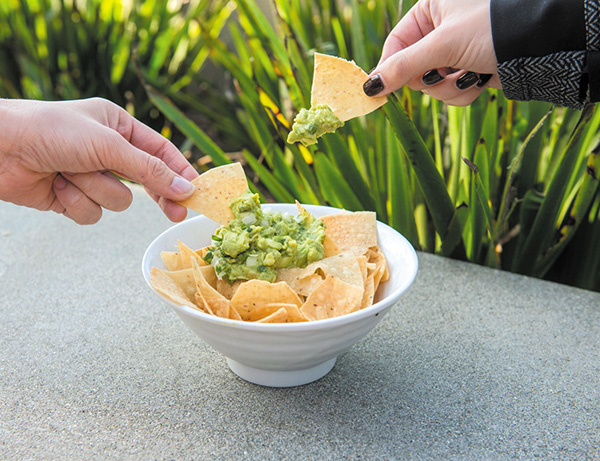 The skilled “pizzaiolos” at Buona Forchetta Officine in Liberty Station will demonstrate the ins and outs of pizza-making in a series of classes to be held over the next three months. Each class runs from 1:30 to 4:30 p.m. and also features wine and cheese pairings through the support of Venissimo Cheese. Classes will be held Sept. 17, Oct. 29, and Nov. 19. The latter will feature gluten-free pizza. Tickets are $95 per person, which includes wine and food. They can be purchased on the web site. 2865 Sims Road, 619-548-5770, officinebuonaforchetta.com. 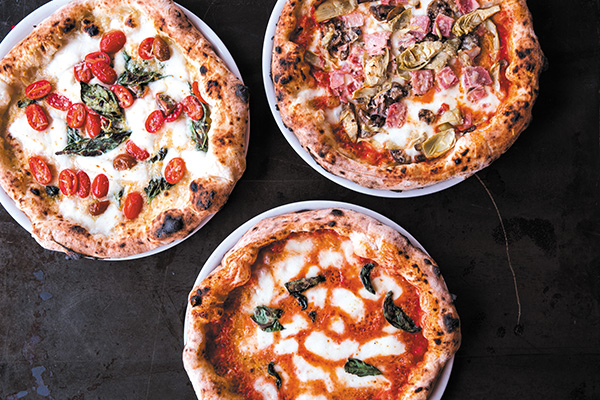 Luis Diaz is inching closer to opening the largest Los Panchos Taco Shop in his long-established chain, which has seven other locations sprinkled throughout San Diego County. 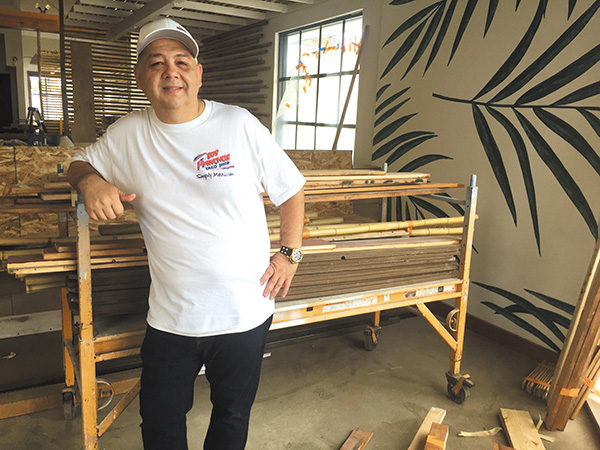 This latest venture takes the place of Brazen BBQ at the prime corner of Washington Street and Fifth Avenue, just yards from where he operated in Hillcrest for almost 20 years. Diaz says he is looking forward to re-establishing his relationship with the LGBT community and its supporters by holding special events and deals in the coming year.

The 3,334 structure so far reveals hand-painted palm fronds, bamboo ceilings, and a full bar that opens to the outdoor deck. A significantly upgraded kitchen features a vertical spit for cooking al pastor.The menu will feature many of the company’s signature items, but they’ll be served on hot plates rather than in baskets. There will also be the additions of assorted ceviches, fajitas, and steak and seafood entrees.

Diaz’s brother, Carlos, will oversee the bar program, which is shaping up with flavored margaritas, fine tequilas and mezcals, wine, and craft beer. Look for a late-September opening. 441 Washington St.

We kick off our new Artist profile series with art

In the latest edition of Conversations with Nicole

We have lost a champion for our community, civil r

The San Diego Latino Film Festival is happening no

We are getting new online content ready for you! #

Lets catch up on some entertainment in our latest

Take Care of Your Mental Health During the Pandemi