The famed Chicken Pie Shop in North Park was recently named Small Business of the Year for 2019 in District 39 by Senate President Pro Tempore Toni G. Atkins. She congratulated members of the Townsend family, who have owned the eatery since 2000, for upholding it as a San Diego institution.

“It has thrived for eight decades because it adheres to several core principles: high-quality product, first-rate customer service and an undeniable sense of community,” Atkins noted in a statement.

The pie shop originally opened in Downtown San Diego in 1938. Its late founder, George Whitehead, moved the business to Fifth Avenue and Robinson Street in Hillcrest in the 1940s. Because of continued popularity, it ended up moving to its current, larger space nearly 30 years ago. 2633 El Cajon Blvd., 619-295-0156, chickenpieshop.com.

Hillcrest welcomes the return of Babycakes on July 8 as the bakery offers its acclaimed cupcakes and cakes inside Fiji Yogurt at the HUB Hillcrest Market.

Babycakes left its gayborhood digs on Fifth Avenue a year ago to focus on its larger facility in Paradise Hills while maintaining its coffeehouse and bake shop in Imperial Beach.

Co-owner Christopher Stavros says the Hillcrest outlet will be temporary until settling on a permanent space. 1010 University Ave., 619-990-2282,
babycakessandiego.com.

Gather ‘round the crackling wood-fire oven at Fort Oak’s 14-seat dining counter for a six-course meal experience presented every two weeks on Wednesday and Thursday evenings by chef-owner Brad Wise. The exclusive dinners will be held every other week starting July 17. 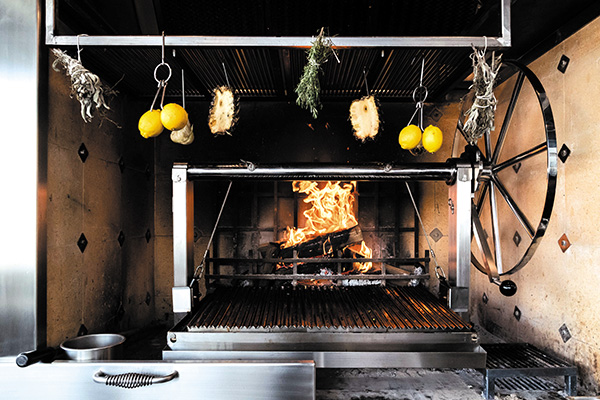 Customers will get to savor off-menu items involving locally grown vegetables, grilled meats and fresh seafood crafted for the occasion by Wise and his culinary team. The price is $100 per person. Wine pairings are available for an additional $40.

The Mission Hills restaurant is part of the locally based group that also operates Trust Restaurant and Hundred Proof. 1011 Fort Stockton Drive, 619-722-3398, fortoaksd.com.

Since splashing into University Heights three years ago with their sweet and savory pot pies crafted in individual sizes, owners Steven Torres and his husband Gan Suebsarakham of Pop Pie Co. have added whole 9-inch dessert pies to their repertoire. Those same pies are now also available by the slice. 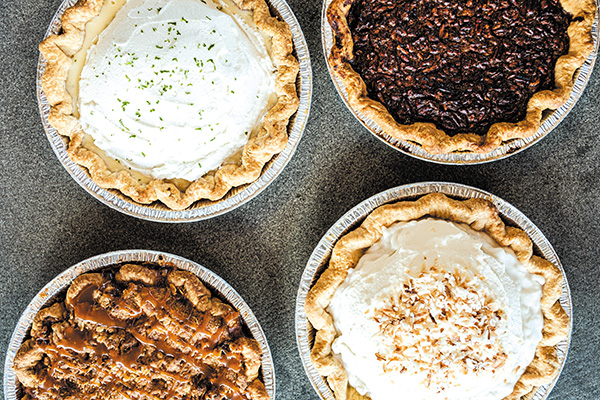 “We’ve done whole pies for catering and weddings since we opened, and thought it was time to change it up at the restaurant,” Torres stated to Gay San Diego via email. “We are still doing individual size sweet pies with minimum orders, but this format is here to stay,” he added.

Los Panchos Taco Shop in Hillcrest is due to reopen in about six weeks, according to owner Luis Diaz. The eatery will resurface one address away from its previous spot, in the corner structure on Washington Street and Fifth Avenue where Brazen BBQ operated (441 Washington St.). Dunkin’ Donuts is going into that address by late fall. 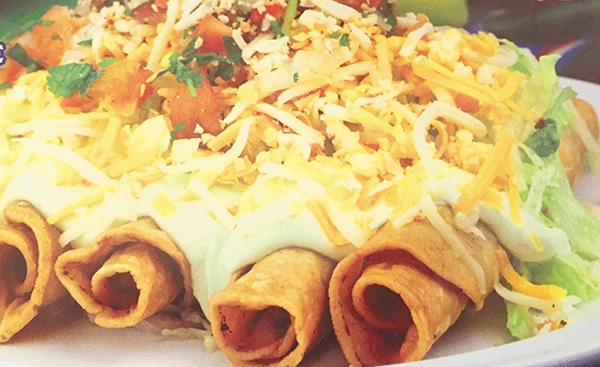 In addition to its popular tacos and burritos, the revised operation will offer a full bar as well as entrees featuring seafood, steaks, fajitas and more.

“We were hoping to be open before San Diego Pride (July 12-14), but it wasn’t possible,” said Luis, who just opened an inviting, colorful location in Mission Valley (6110 Friars Road) that offers the shop’s standard fare, plus complimentary bean soup that comes with all orders. A beer and wine license is in the pipeline for that branch. 619-272-0626.

Lured ashore by a celebrity chef