Jared Polis, the Governor of Colorado married his longtime partner, Marlon Reis, on September 15, 2021 at the University of Colorado Boulder. This is some exciting news for the couple who tied the knot on the anniversary of their first date, 18 years and two kids later. This was the first same-sex wedding of any sitting US Governor, thus, positively historic. 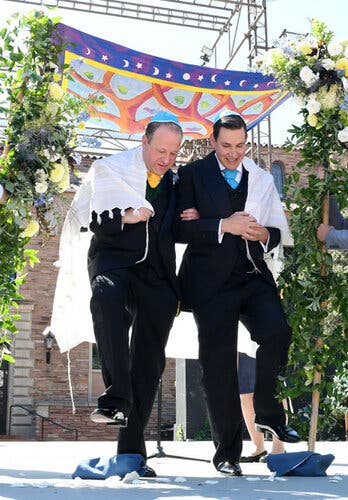 Not only was he the first of many things as a gay man, Gov. Polis has an impressive background. He lived in San Diego as a teenager, graduating high school in only three years with multiple honors from La Jolla Country Day School. He earned his B.A. in Politics at Princeton University, before founding the very successful online floral company ProFlowers, out of La Jolla. This company and other entrepreneurial endeavors helped Polis gain his wealth and gave him the ability to become a leader in the government and around the world for LGBTQ rights and equality.

Polis has been an activist for LGBTQ rights for many years. He was a member of the LGBT Caucus and pushed for the repeal of the Defense of Marriage Act, which was found to be unconstitutional by the Obama Administration. He helped make schools and colleges a safer place for LGBTQ students by co-sponsoring the Student Non-Discrimination Act with Senator Al Franken. He also voted to repeal “Don’t Ask, Don’t Tell”, supported anti-hate crimes movements, and advocated for protections for LGBTQ victims of domestic violence. Additionally, Polis has been recognized for pushing human rights investigations about the treatment LGBT Iraqis and violence against the LGBT community in Honduras.

The First Gentleman of Colorado, Reis, is the first, first man. He too has a well-rounded background in LGBTQ rights. Reis also focuses on animal rights, environmental concerns, and civil rights. Reis is a freelance writer, having articles published in USA Today, Politico, CNN, and the Washington Post. Reis follows a vegan lifestyle and as such, sought out vegan suits from a local Colorado designer for the wedding. 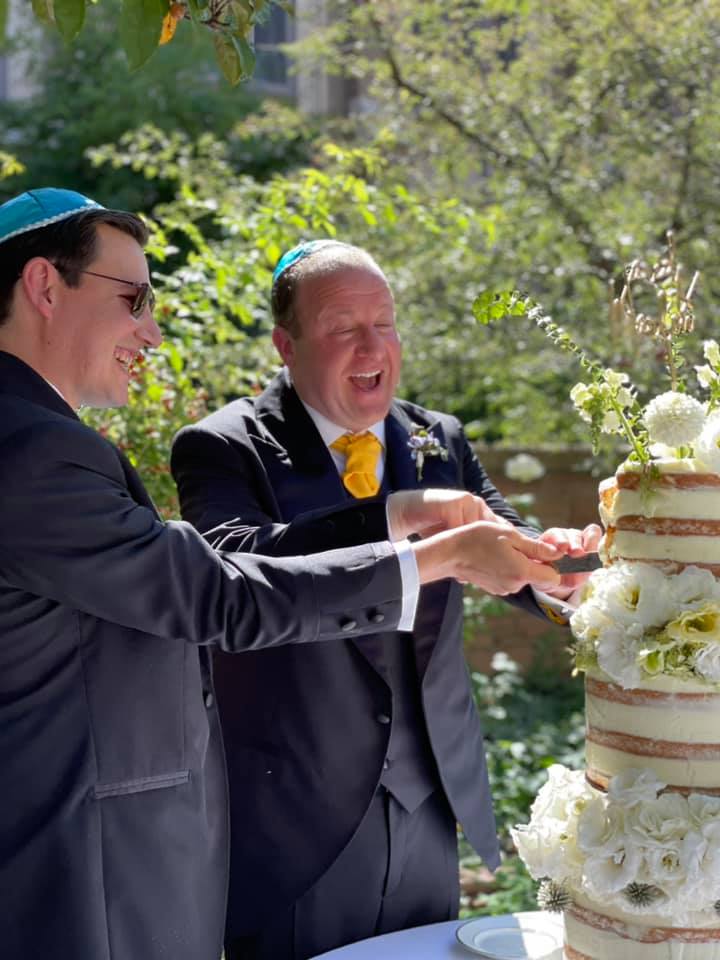 Machete and Sons was the Denver-based designer that worked with the couple to design completely vegan suits inspired by designs from the 1920s and 1930s. A.J. Machete, co-owner of the company, told The Denver Post that almost all suits are made from wool, with goat or horsehair providing structure to the interior fabrics, silk in the interior, beeswax used in waxing the thread, and shells or buffalo horns making up the buttons. The vegan suits worn by Gov. Polis and Reis were, however, made of high-tech polyester fabric, rayon, satin, and cotton. They were made in such a way that they retained the crisp look of non-vegan suits.

The couple has a 9-year-old son and a 7-year-old daughter who were the ring barer and flower girl for the ceremony. The children were said to be even more excited about the wedding than their fathers. It was even noted that the wedding gave the couple the opportunity to educate their children about the history of same-sex marriage.

Gov. Polis proposed to Reis last December when he was sickened by the coronavirus and getting ready to go into the hospital, barely able to breath. Polis, who had been planning the proposal for 7 months, was scared that he wouldn’t get the chance if he waited any longer. While in a rush to get out the door to the hospital, with their daughter and son next to them, Polis paused in the middle of the chaos and fear, got down on one knee, and asked his longtime partner to marry him.

Reis was motivated to get healthy quickly for his family and reflected about the pandemic saying that it made the world realize that people we may take for granted “can still be taken away from us, sometimes without any notice.” He went on to express the lessons the pandemic has taught him: “Let’s not wait. Let’s live life while we have it to live. Let’s celebrate and look out for each other and keep caring about the things that we care about. Even though we’re dealing with these circumstances, we can’t give up on our dreams.” Gov. Polis also had contracted the virus, but he reported that he only had mild symptoms.

May the happy couple and their family enjoy a long and healthy life together and continue to make great impacts in the LGBTQ rights movement.

What do Heels, Rugby and Wigs have in Common? Ruck N Tuck 2021