One of the things I love about writing this column is learning so much about the lives of the people I’ve interviewed. Everyone has their own story and it’s interesting to learn how people have grown through life’s struggles and triumphs and how these things help to shape them into who they are today. 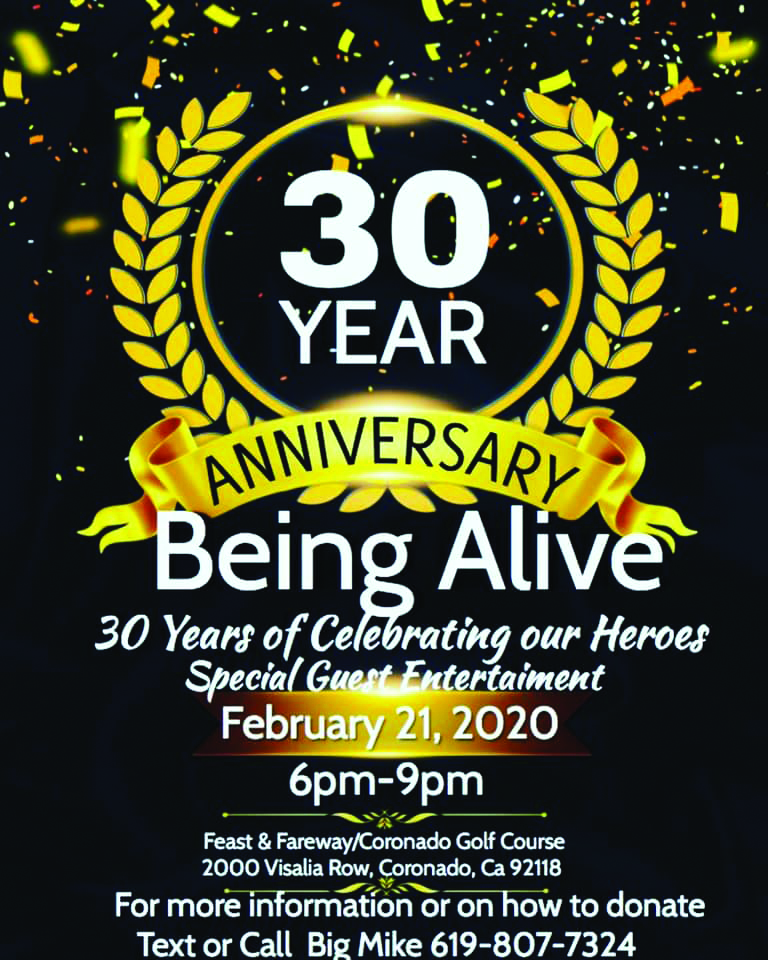 During the ’90s, I bartended the day shift at Bourbon Street, and my good friend Jerry Yeager would come in almost every day after work for a Heineken. He was a fellow Texan and one of the funniest people I knew at the time. He kept telling me I needed to meet his boss and that I would love her. One afternoon, he finally brought her in for a drink. Her name is Shannon Wagner, we immediately became friends and she continues to be one of my dearest friends to this day.

Shannon is a third generation San Diegan. Her mother and grandmother were both born and raised here. After she mentioned that her family had such a long history living in San Diego, I did some further investigation. I learned that her grandparents were the last private owners of Mission Bay and Dana Landing. Shannon’s Uncle Leo, who just turned 100 years old, was the founder and the first pilot for PSA Airlines and founder of Grossmont Bank. Shannon’s grandfather had an airstrip on Mission Bay, and it was there that he taught her Uncle Leo how to fly a plane.

Graduating from high school at the age of 15, Shannon’s mother insisted she start working and go to a secondary school. Shannon was given a work permit and took a job doing sound and lighting design for comedy shows that featured many of her friends. For the remainder of her teenage years, she shuttled back and forth from San Diego to Los Angeles and San Francisco with them and the amazing Lily Tomlin. When Shannon was not touring, she took a job as a telephone switchboard operator — so Lily Tomlin of her, I must say! Shannon also worked for Dr’s Services Bureau, becoming the youngest manager there until a friend, who was constantly under attack for being gay, outed her. She was promptly fired and told, “if we knew you were one of those sickos, we would have never hired you.” I personally remember those days myself, always being careful not to let anyone know I was gay, it was hard because I was always such a queen. Shannon then decided she wanted to go back to the theater world. She was offered a job as house manager at the world-renowned Old Globe Theatre, where she worked during the evenings, and by day worked as an accountant.

As the AIDS crisis started to hit home, the theater was always dark on Mondays and sadly, every Monday there would be a celebration of life for yet another fallen friend. I remember those days as well, going to many memorials for so many of my friends, finally I just had to stop going, it became too heartbreaking. When one of Shannon’s strongest mentors, Douglas Pagliotti was hospitalized, Shannon, along with friends, took turns going to the hospital every day, bringing his food trays from out in the hallway that had been left because the hospital staff refused to enter the rooms occupied by AIDS patients. In those days, AIDS was still fairly new and was still being researched on how the disease was being spread. Shannon told me when they would go visit friends and patients at the hospital, they would have to sign a medical release of liability and sometimes forced to wear hazmat-type coveralls. The last words that Shannon’s friend Doug said to her was, “You’re young Shannon, promise me you will do something to help people with AIDS.” Doug died four days later.

A group of Shannon and her friends started raising money for Broadway Cares, but nobody knew what to do locally with the money raised, so Shannon started calling around and was finally told she needed to talk to “Nicole at the Brass Rail” — yes,  that Nicole. Together they organized a fundraiser and Shannon was in charge of getting auction items. She remembers calling every contact she had to donate, she had this little notebook color coded with all her auction items listed and pulled up to the Brass Rail that Friday night with her Honda Civic packed to the gills. Shannon said, “I think we were both surprised that night: Nicole didn’t believe I was a 19-year-old lesbian that actually would do what I did for this fundraiser and I didn’t think that Nicole was ummmm, a performer.” New to this scene, Shannon told me that Nicole was the nicest host to her, allowing her to hang out in the dressing room asking endless questions about drag, beginning a lifelong love for drag queens and their talents. I have always said we should thank our lesbian sisters for their love and compassion while taking care of those dying of AIDS and our drag queen sisters out there raising money during those early years. They were both a true blessing to our community.

I love being around Shannon. Every time we get together, we share much laughter just having fun with life. She sure can bring the joy out of you. I asked her if she had a nickname, she said she did not but if she did, it would be “Aces,” because it’s poker related, and she loves playing poker with her friends.

Besides adoring and spoiling her dog Jiggy, Shannon is married to Mona Najimy, her true love and life partner of 30 years. “She [Shannon] said Mona would probably tell you I saved her life — OK, maybe she wouldn’t actually say that, but she should. I think after 30 years, I can safely say they saved each other’s lives.”

After working for the Old Globe for 17 years, Shannon took the executive director position at Being Alive San Diego, the same organization that gave comfort and allowed my best friend Tino to die with dignity and love. This further bonded my friendship with Shannon. She has been with Being Alive San Diego going on 20 years and always gives credit to all the great human beings that have been a part of the organization’s efforts. We should all be thankful for her leadership and hard work giving compassion to so many.

In Shannon’s words, “I am so grateful that for the last 35 years, I’ve worked for two places that I love very much, filled with lifelong friends that I consider family. I would also like people to know that I like pina coladas, getting caught in the rain and I’m not into health food.”

This past year, Being Alive San Diego turned 30 years old and became the oldest HIV/AIDS organization in San Diego County. On behalf of Miguel Donaty, Michael Lochner, Shannon and myself, we would like to invite you to join us in appreciation of this organization that has cared for thousands and thousands of our community members, some being our own friends and family. On Feb. 2, from 6-9 p.m., Being Alive San Diego is hosting an event called “30 Years of Celebrating our Heroes” at Feast and Fareway at the Coronado Golf Course located at 2000 Visalia Row in Coronado. This promises to be a fun-filled evening of great entertainment, delicious food and much love. Being Alive San Diego continues to help so many, myself included. I am so grateful that they are still here; I would be lost without them.

I love my lesbian friends and I have and still do have many in my life. Shannon is one of those people who truly brings laughter and love to everyone she meets. Thank you for the many years of laughter together and to all the laughter still to come.

To directly quote Shannon: “Everyone is fighting a battle that you know nothing about, so be kind.”

Shannon Wagner and Being Alive San Diego can be contacted at 619-291-1400 or at swagner@beingalive.org.