I have always said, “We live in the best city in the world and we have the most wonderful people living right here as well.” I have been so fortunate over the last 30 years that I have lived, worked and played in San Diego to meet so many of you who have become a part of my everyday life. During my early days working in the local gay bars, I met so many of the wonderful people I now consider good friends. I remember one such person when I was working at Rich’s Nightclub, (it’s been at least 15 years since I worked there) Brian Bazinet had just moved to San Diego in November of 1997. I was bartending at my usual station in the back as you entered the room that the dance floor was at. For years, I worked that corner part of the bar that was shaped like an “L”, which had two sides I had to take drink orders from. I had a line of people on both sides of my bar, which I was always grateful for, and Brian was in that line. I met Brian that night because he told me, “I hate waiting in line,” so after his next drink, he tipped me $100 and needless to say, he has never waited in line since. Plus, I always had his drink ready when I would see him coming up to my bar. 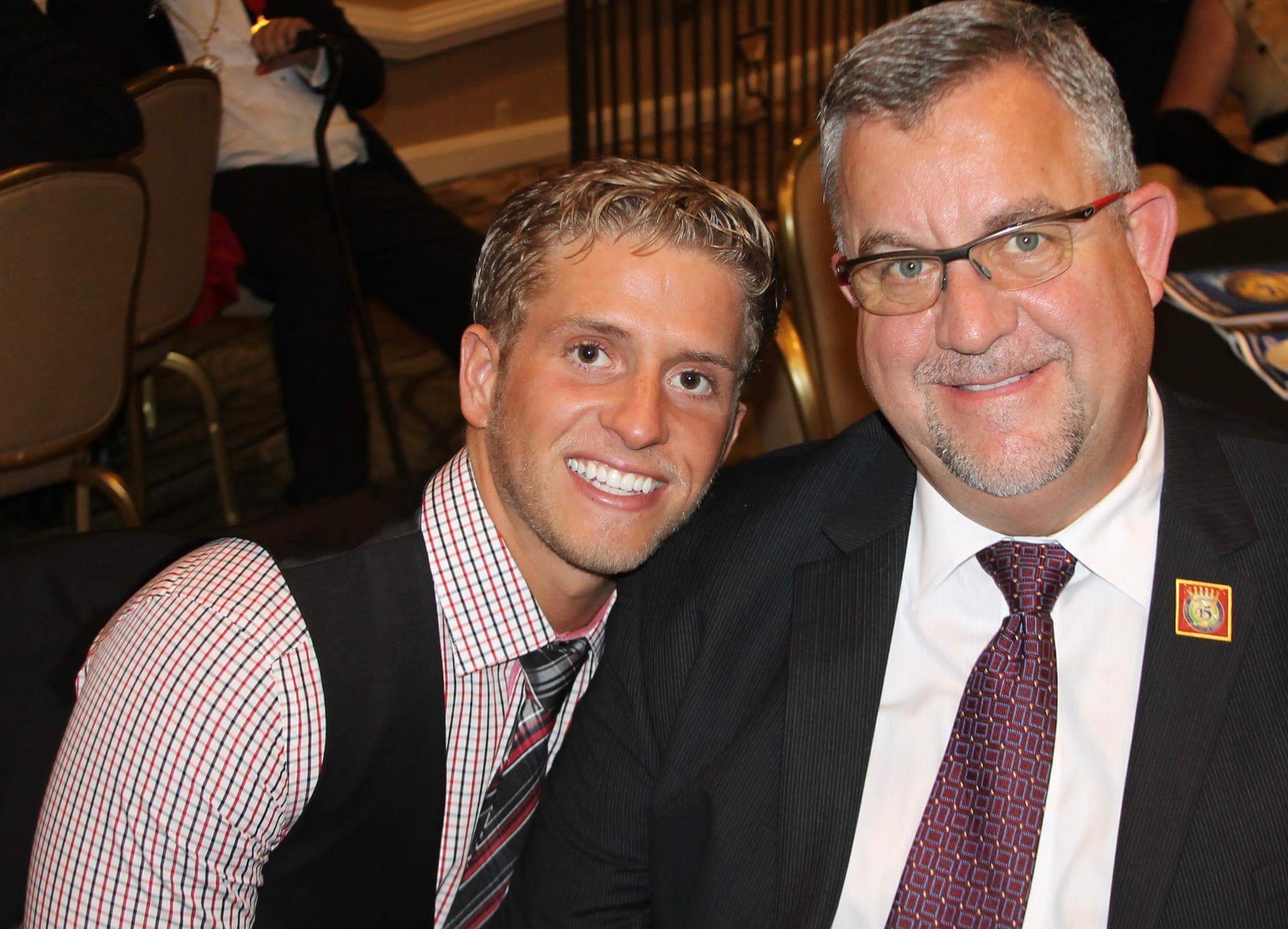 While growing up in Chehalis, Washington, where he went to high school, Brian knew he had an attraction for men but never connected the dots until attending the University of Colorado Boulder. Walking by a club one night in Denver with the music rocking, he went into his first gay bar and it all clicked! That bar was Tracks Denver. Thirteen years later, he became the owner of Tracks, and also opened the largest gay bar in Colorado named Club Proteus and the largest straight bar in Colorado, The Edge. Owning three bars still wasn’t enough for Brian, so he opened a 20-bed tanning salon so all his bar clientele would always be tan throughout the entire year. Good move, Brian.

It was shortly after that we started to get to know each other better. In those days, I was in involved in an organization that I co-founded with Nigel Mayer called “Ordinary Miracles.” It was because of my involvement with the community that Brian, who then was the chairman of the board of the LGBT Center, asked me to be a part of the search committee for hiring the new executive director. It was on Brian’s birthday as I remember — he canceled his trip to Cancun just so he could fight to make sure Dolores Jacobs became the new executive director (of which she was for 18 wonderful years). In fact, it was Brian who encouraged me to join the board of directors for The Center, which I did and proudly served my community for three years. Thank you, Brian, for your time serving as president of The Center’s board and for your inspiration, guidance and belief in me that helped me personally get involved.

At one point, we were even neighbors up on the hill with the most beautiful view ever overlooking the city. While becoming next-door neighbors allowed us to become even better friends, I did work for him for a few years as his company San Diego Event Catering was growing into one of the biggest catering companies in San Diego. San Diego Event Catering also serviced both big arenas in town, Sports Arena and Sleep Train Amphitheatre (now named North Island Credit Union Amphitheatre) in Chula Vista.

Brian met the man of his dreams about seven years ago, a good-looking young man by the name of William Ritchie, who was then a Marine stationed at Camp Pendleton. (Thank you, Will, for your service to our country) After those many years together, they were married on Sept. 15, 2018, by California Senate President Pro Tempore Toni Atkins, on the beautiful estate of Bobbie Bohannan which overlooked the city of San Diego. More than 150 guests sat down in Bobbie’s backyard to a delicious meal and danced under the stars. I had the honor of taking their wedding photos. It was a beautiful ceremony on a beautiful day. Brian and Will have two kids: Missy, a black and grey Schnauzer, and Leo, a rat terrier — and I am a proud uncle to both! The moment I pull up to Brian and Will’s house, they know it is me! (They also know I will give them a cookie!)

Brian currently is the senior vice president of Oneida Hospitality and owns San Diego Aerial Drone, a company that can do anything from filming events, concerts and real estate, just to name a few. If he’s not traveling for work, Brian and Will can be found sailing, hiking, going to the movies, entertaining friends and traveling (for fun). The wonderful thing about Brian that I really love is his involvement with our community; he is a past board member of Mama’s Kitchen, at which he’s been a volunteer now for 22 years. Brian told me that it makes him feel good knowing he is doing something for someone else, which is his reward. “Live life to the fullest and give back as much as you can! You can make a difference in so many lives.”

For years now, Brian, myself and sometimes Will, go have breakfast on Sunday morning at the Ocean Beach Pier — they actually serve really good food. I love their french fries, which I no longer eat since I’m losing weight (darn). So, Brian then encourages me to do beach walks with him, and it helps me do my exercise. It’s been 23 years now that Brian and I have been friends; we have become family. I appreciate all the kind things he has done for me, including inviting me to go with him to be an extra in the movie “Ted 2,” which we both were seen in at least three different times. That was an amazingly fun and long day. Thanks for all the meals, new adventures, road trips to Los Angeles and most of all, thanks for your love.

San Diego has a lot of incredible people in it who truly help change our city and communities to become better places to live in. It’s people like Brian who stand out in the crowd. I asked Brian, “What is something you would like people to know about you?” He replied: “I have been on a diet since I was 17.” LOL. Well, your heart is still as big as the Colorado mountains.

I always say be nice to people, you just never know, they could one day become someone very special in your life. Remember: Life is short, appreciate it, and tell all those in your life every day that you love them. I love you, Brian and Will.