Gay liberation and political activism during the AIDS crisis

Albert Bell was born on Feb. 27, 1950 and began his journey as an out Gay man early in life. Bell came out to his parents as a teenager and began his official career as a radical Gay activist at the age of 20. In 1970, Bell took part in founding an early Gay liberation group in San Francisco and shortly after founded Gay student unions at San Francisco State University and San Francisco City College while working on Harvey Milk’s campaign.

Around 1975, Bell moved from the Bay Area to San Diego where he became one of the early directors of The Gay Center for Social Services and volunteered for some of Lambda Pride’s earliest events; he would serve on The Center’s board of directors for the next seven years. Around this time, Bell became involved with the San Diego Democratic Club, an LGBT political organization that supported and campaigned for LGBT candidates like Toni Atkins and Chris Kehoe, informed the LGBT community on political matters affecting them, and worked to increase LGBT voter turnout. In 1980, Bell attended the first spiritual gathering of the Radical Faeries (Faeries on the Frontiers of Gay Consciousness). During that meeting, he developed the term “homospiritual” and received the inspiration for his self-help course of the same name. Bell’s “Homospiritual: A Gay Journey to Self-Esteem” course was attended by hundreds of Gay male San Diegans and would eventually be compiled into an unpublished book. The course aimed to empower Gay men and reinforce that society’s negative and prejudiced views of them had nothing to do with the reality of who they were, stating that “Gay people have been identified by others for what they do with their genitals rather than by the totality of who we are.” The societal oppression and condemnation of the LGBT community created a widespread internal belief for many that being Gay meant there was something wrong with you; Bell hoped to show these men that life as a Gay man was something to be celebrated, not ashamed of. 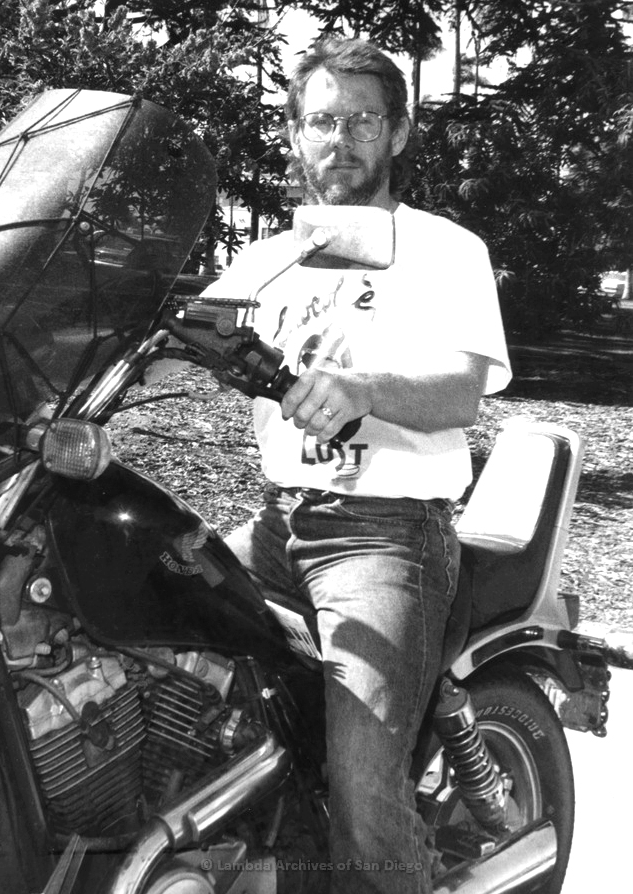 After the initial devastating outbreak of the AIDS epidemic in the early 1980s, Bell’s focus shifted from Gay liberation to radical, hands-on HIV/AIDS activism. After Gay men were prohibited from donating blood, he became one of the founders of the Blood Sisters, an organization in which Lesbian members donated their blood to the San Diego Blood Bank in solidarity with their Gay brothers that were afflicted with HIV/AIDS. The Blood Sisters also participated in a needle exchange in hopes of preventing the spread of HIV/AIDS amongst those who injected drugs; they gave out clean needles to people who used intravenous drugs in exchange for their used ones. Bell began working for San Diego County as an HIV/AIDS health advisor where he provided essential services such as counseling, confidential HIV testing, and HIV/AIDS education. In 1987, Bell established Our House — the first residential living facility for people with AIDS in San Diego, co-founded the San Diego chapter of ACT UP, became a founding member of the AIDS Assistance Fund, and was one of the first people to donate funds and collection materials to the Gay and Lesbian Archives of San Diego.

At the 1987 March on Washington — a large demonstration against the government’s failure to properly address the AIDS epidemic — Bell was arrested on the steps of the Supreme Court building alongside fellow San Diego LGBT activist Jess Jessop and many other protestors. Bell was passionate about enabling Gay and Lesbian voices to be heard and creating change; one prime example of this was Bell’s public confrontation with Ed Quinn. In October of 1987 at an “ask the media” event, Bell questioned San Diego’s KGTV Channel 10 news anchor Ed Quinn about why the 1987 March on Washington was not receiving as much coverage as other topics. While ABC anchor Peter Jennings and KGTV journalist Michael Tuck sided with Bell, Quinn thought Bell’s statement was without merit. Bell retorted that the march only got a minute and a half of coverage whereas a segment about the Loch Ness monster received more than four minutes, to which Quinn replied, “Maybe there’s more interest in the Loch Ness monster.” The audience quickly booed Quinn, and Jennings stated: “I agree with Albert. We are still living in a pervasively homophobic society.” Jennings held a meeting with Bell and local news station executives shortly after the incident which resulted in monumental changes in the way that Lesbian and Gay issues were covered by local television reporters.

Albert Bell remained dedicated to bringing about political change for the betterment of Gay and Lesbian people until his last days. In 1988, Bell became the co-chair of the Gay and Lesbian Caucus — a position he would hold until 1990 — and was elected as the director of San Diego Walks for Life. In 1992, he served as a delegate to the Democratic Convention in New York City where, as a person with AIDS, he was able to bring the discourse about the AIDS epidemic to a national platform. Shortly before his death, Bell was honored by ACT UP San Diego when they presented him with the very first Albert Bell Award for Outstanding Achievements in AIDS Activism in a private ceremony inside of his home.

A radical activist to the end, during his decline due to AIDS-related illness, he self-penned his own obituary, citing his cause of his death as “government sponsored genocide” due to the government’s lack of response to and mishandling of the AIDS crisis.