They’re already counting in Toksook Bay, Alaska as of Jan. 21.

Every decade, Census Bureau enumerators start the national count knocking on doors of remote fishing villages in the northernmost sections of the United States. It sometimes takes a dog sled or a snow machine to get there. They will do whatever it takes to make sure the official decennial census includes every person living in the 50 states, District of Columbia, and five U.S. territories. 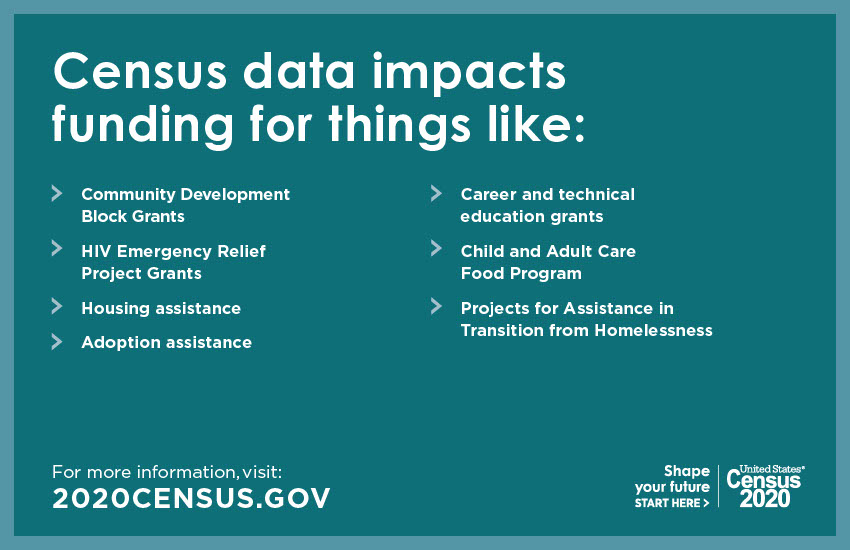 “It’s a head count,” said David Bennett, media specialist with the San Diego Los Angeles Regional Census Center. “If you have a head, you count.”

The U.S. census conducted every 10 years is required by the Constitution and the numbers collected determine how much money communities get for public services like Section 8 housing, Medicare Part B and Medicaid and how many seats each state gets in Congress.

Bennett emphasized, “It takes a community to count your community. San Diego County is a mix of densely populated neighborhoods as well as rural areas. For the first time, this year people have the option to respond online to basically seven questions.”

You can also respond by phone or mail. Starting in May, the U.S. Census Bureau will begin following up in person with homes that have not responded. There is a need to hire hundreds of census workers across San Diego County from La Jolla to Coronado and many other communities including Chula Vista, Hillcrest and North Park.

“Step out of the bars, turn off Netflix and do this,” said Ray Mueller, a lead partnership specialist with the census, who is also a married gay man with children. “When it’s time to knock on doors, you want to see people who are your neighbors. We need our LGBTQ siblings to join this short-term opportunity to be part of history and insure we are counted.”

This historic census also provides the first-time opportunity for couples to self-identify as unmarried no matter their sexual orientation. That has not been allowed in any prior official national count. Mueller points out, “counting unmarried couples is a new data point that has never existed before. It’s statistical information that will help same-sex benefits and straight couples as well.” In fact, the National LGBTQ Task Force has invested years of advocacy work to increase public awareness and to pressure the U.S. Census Bureau to be more sensitive to gay and lesbian concerns. The latest updates on those efforts can be found at thetaskforce.org.

The survey questions are limited in scope and ask for data about who is living in a household, description of whether it is an owned or rented house, apartment, or mobile home and the age, sex, and the ethnicities of residents. On the questions of ethnicity, there is a write-in option to be as specific as possible. All answers will be counted and enumerated.

The census is considered a “snapshot” of the U.S. population based on living situations as of April 1, 2020. Respondents will be asked to answer questions reporting on their households as they expect them to be on that day or what they were on that date depending on when they submit the survey. The U.S. Census Bureau is bound by law to protect answers and keep them strictly confidential. In fact, every employee takes an oath to protect your personal information for life.

The U.S. Census Bureau is hiring for several positions to help conduct the 2020 census, including census takers, census field supervisors, recruiting assistants, clerks, and office operations supervisors. The largest number of openings are for census takers, which pays $21 an hour with flexible work hours. Applicants must be 18 years of age or older and a U.S. citizen. No resume or college degree is required. Go to www.2020cenus.gov for more information.